The Occupational Safety and Health Administration (OSHA) on Nov. 4 issued an emergency rule effective immediately to implement President Joe Biden’s (D) proposed vaccine mandate on certain private business employees. The rule requires the roughly 80 million individuals who work for companies with 100 or more employees to receive a COVID-19 (coronavirus) vaccine or undergo weekly testing. The rule does not require employers to pay for or provide testing.

Biden on Sept. 9 announced that OSHA would develop a rule to implement the administration’s proposed vaccine mandate. OSHA issued the rule through an emergency temporary standard (ETS)—a type of interim final rule that allows OSHA to set emergency workplace standards without first following the public notice-and-comment requirements of the federal rulemaking process. Though effective immediately, OSHA must follow rulemaking procedures within six months if the agency decides to adopt the ETS as a permanent standard, according to the agency. Affected parties may challenge the validity of an ETS through the U.S. Courts of Appeals.

The Centers for Medicare and Medicaid Services (CMS) also issued a rule requiring that healthcare workers in facilities that participate in Medicare and Medicaid programs obtain a COVID-19 vaccine. The CMS rule does not include a testing option. The Biden administration aligned the vaccination compliance deadlines for private business employees, healthcare workers, and federal contractors to Jan. 4, according to reporting from CNN.

“Together the OSHA and CMS rules, along with the other policies the administration has previously implemented means that over two thirds of all workers in the United States are now covered by vaccination policies,” a senior Biden administration official told CNN. “Higher vaccination rates protect our workers, reduce hospitalizations and deaths. It’s good for workers and importantly, this is good for the economy.”

Lawmakers have mounted challenges to the Biden administration’s vaccine mandate on private businesses at both the federal and state levels. U.S. Senator Mike Braun (R-Ind.) and a coalition of Republican senators on Nov. 3 announced their intent to introduce a resolution of disapproval under the Congressional Review Act in an effort to nullify the mandate. At the state level, Arizona Attorney General Mark Brnovich (R) on Sept. 14 filed a lawsuit in the United States District Court for the District of Arizona arguing that the proposed vaccine mandate on private businesses violates the Equal Protection Clause of the U.S. Constitution, might further strain the labor market, and does not properly fall within OSHA’s jurisdiction. Two days later, 24 Republican secretaries of state sent a letter to Biden stating their intent to, in their words, “seek every available legal option” to challenge the ETS. 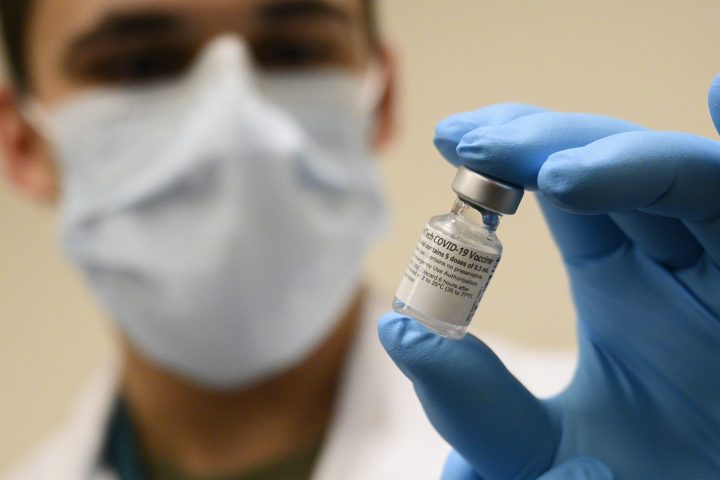 Since August 2021, 15 states have announced vaccine requirements for healthcare workers.

Thirteen states have a Democratic trifecta. In Maryland and Massachusetts, the governor is a Republican but the state legislature is controlled by Democrats.

As of Oct. 8, the deadline for healthcare workers to receive at least one dose of a vaccine has passed in California, Colorado, Connecticut, Delaware, Illinois, Maine, Maryland, New Jersey, New Mexico, and New York. 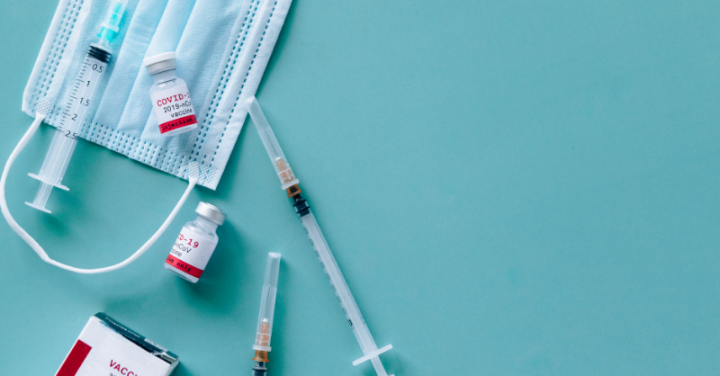 Public-sector unions have issued a range of responses to federal and state mandates requiring government workers to get a COVID-19 vaccine. However, most unions state that they should have input on how such policies are implemented.

On Sept. 9, President Joe Biden (D) announced a new COVID-19 plan, including “an emergency rule to require all employers with 100 or more employees … to ensure their workforces are fully vaccinated or show a negative test at least once a week.” The same day, Biden signed Executive Order 14043, which states that in order to promote workforce health and safety, “it is necessary to require COVID-19 vaccination for all Federal employees, subject to such exceptions as required by law.”

California Gov. Gavin Newsom (D) announced on July 26 that all state employees would be required to be vaccinated for COVID-19 or submit to weekly testing.

Some unions, including SEIU Local 1000, the International Union of Operating Engineers, and  Cal Fire Local 2881, filed complaints following the mandate. SEIU Local 1000 sent a cease and desist letter to the California Department of Human Resources that said, “This is a change in the terms and working conditions of our represented employees and requires meeting and conferring with the union prior to implementing the change.” Tim Edwards, president of Cal Fire Local 2881, said, “We oppose mandating vaccinations and believe the state has a contractual obligation to meet and confer with labor over any possible impacts to the employees.”

Other unions expressed more support for the mandate. Glen Stailey, president of the California Correctional Peace Officers Association, said: “Newsom’s new vaccine policy is a reasonable compromise that we can get behind. It provides for regular testing at work for those who have chosen not to get vaccinated — this will prevent the spread of the virus among correctional officers and incarcerated individuals alike.” The California Statewide Law Enforcement Association said the union was “in the process of confirming that testing will be done at no cost to the employee and on State time and how employees will be compensated for self-quarantine if mandated to do so.”

Hawaii Gov. David Ige (D) issued a proclamation on Aug. 5 requiring state and county employees to be vaccinated for COVID-19 or undergo regular testing. The same day, six public-sector unions—the Hawaii State Teachers Association, the Hawaii Fire Fighters Association, Hawaii Government Employees Association, the State of Hawaii Organization of Police Officers, the University of Hawaii Professional Assembly, and the United Public Workers—released a joint statement responding to the mandate. The unions said they had contacted the governor’s office “to initiate discussions about the vaccine mandate” but had been denied. The statement continued: “The emergency proclamation will impact our members’ working conditions and the employer must bargain those impacts with the appropriate collective bargaining units. Details on how tests will be administered, how results will be kept confidential, and how the state will fund this mandate will need to be negotiated with the state and we look forward to having those discussions right away.”

On Sept. 8, Vermont Gov. Phil Scott (R) announced that the state’s vaccine requirement would be expanded to all state executive branch employees. Vermont State Employees Association (VSEA) President Steve Howard said, “The low hanging fruit is maybe requiring it of state employees. … The tougher part, which requires some leadership, is to say to the public, ‘You have to do your part.’”

Washington Gov. Jay Inslee (D) announced a vaccine requirement for state workers on Aug. 9. Washington Federation of State Employees/AFSCME Council 28 (WFSE)’s initial attempts to reach a bargaining agreement with the state over the mandate were unsuccessful, and WFSE filed an unfair labor practice lawsuit in the Thurston County Superior Court on Aug. 26. A press release from the union said: “[Inslee’s] proclamation impairs the union’s right to bargain on behalf of employees and impairs the ability to ensure a fair and reasonable exemption process. The lawsuit alleges an unfair labor practice for refusal to bargain in good faith.”

After further negotiations with the state, WFSE members ratified an agreement on Sept. 9 outlining an exemption process and conditions of employment. WFSE President Mike Yestramski said: “Our union was able to achieve what we set out for—a victory for public health and due process. … Now, we have an agreement that incentivizes vaccination and helps ensure a fair process for workers requesting a medical or religious exemption.” Since an agreement has been reached, WFSE is dropping the lawsuit.

For more information about the 20 states that have issued vaccine requirements for state employees, click here.