President Donald Trump made 104 Article III federal judicial appointments through May 15, 2019. How does that figure compare to other modern presidents at this stage of their terms?
We looked at the numbers from the last 13 presidents, dating back to Harry Truman.
Article III judges are lifetime appointments to the U.S. Supreme Court, a U.S. court of appeals, a U.S. district court, or the Court of International Trade. The breakdown of Article III judges is as follows:
The chart below shows the number of Article III judges confirmed by the U.S. Senate under each of the last 13 presidents on or before May 15 of their third years in office. The confirmations are broken up by court type. 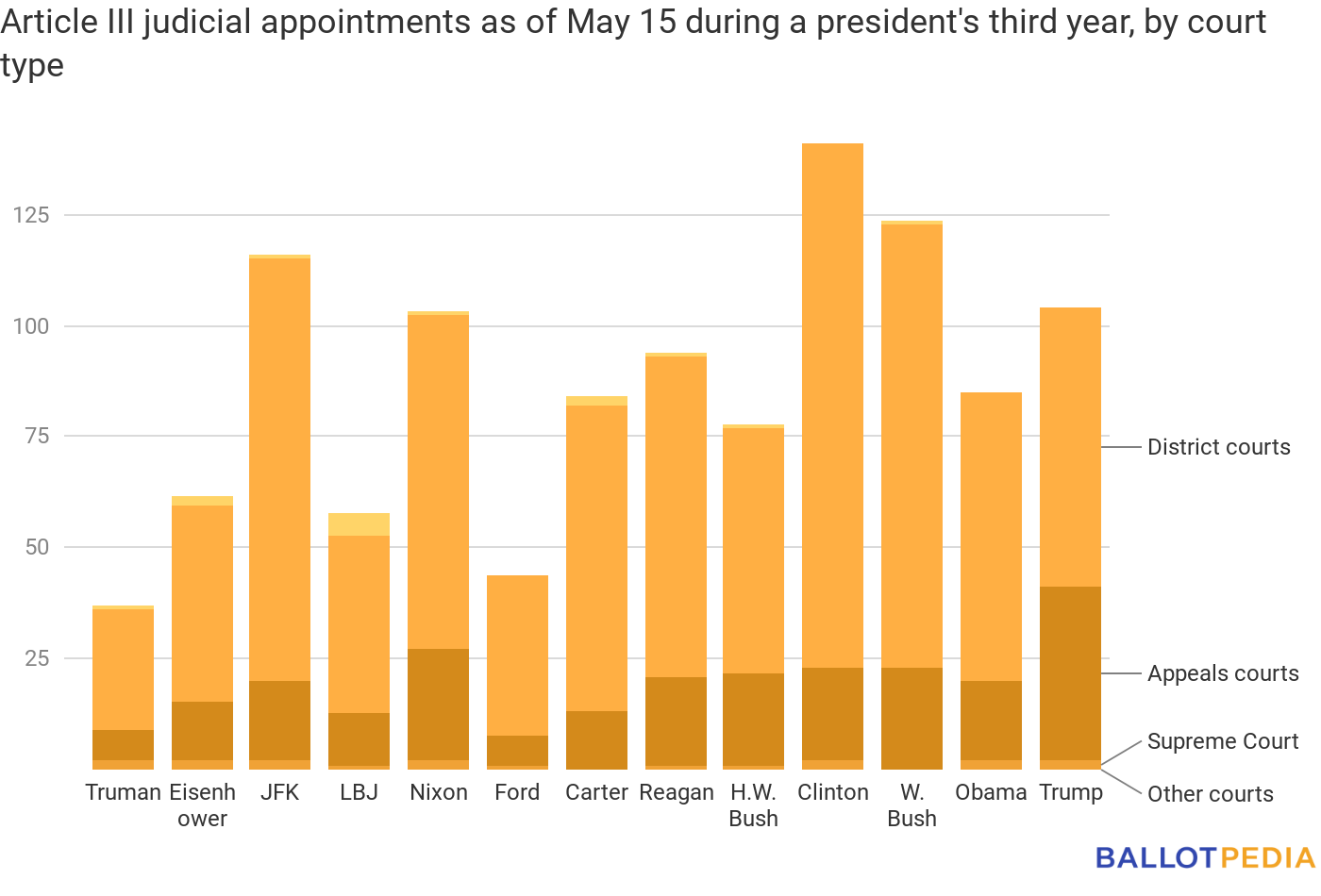 Here are five takeaways from the above graph and other elements of the data:
For more charts and to explore the raw data, visit our in-depth analysis at the link below.