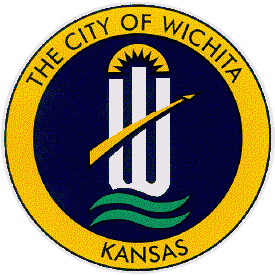 Prospective candidates for mayor and city council in Wichita, Kansas, have until June 3 to file to run in the nonpartisan races. A primary will be held on August 6 for any races where three or more candidates file. The general election is scheduled for November 5.
The mayor and city council members each serve four-year terms and are limited to two consecutive terms (eight years) in office.
Wichita’s current mayor, Jeff Longwell, has filed for re-election. Longwell became mayor in 2015 after serving on the Wichita City Council from 2007 to 2015. As of May 28, three additional candidates, had also filed for the mayoral election.
Three Wichita City Council seats are on the ballot in 2019. District 2 incumbent Becky Tuttle, District 4 incumbent Jeff Blubaugh, and District 5 incumbent Bryan Frye have all filed for re-election. As of May 28, the candidate list showed no opponents had filed to run against any of the three incumbents.
Wichita is the largest city in Kansas and the 48th-largest city in the U.S. by population. In 2019, Ballotpedia is covering elections in 59 of America’s 100 largest cities by population. In addition to the cities, Ballotpedia is also covering elections in 23 counties across 11 states.
Additional reading:
https://ballotpedia.org/Wichita,_Kansas
https://ballotpedia.org/City_elections_in_Wichita,_Kansas_(2019)
https://ballotpedia.org/United_States_municipal_elections,_2019