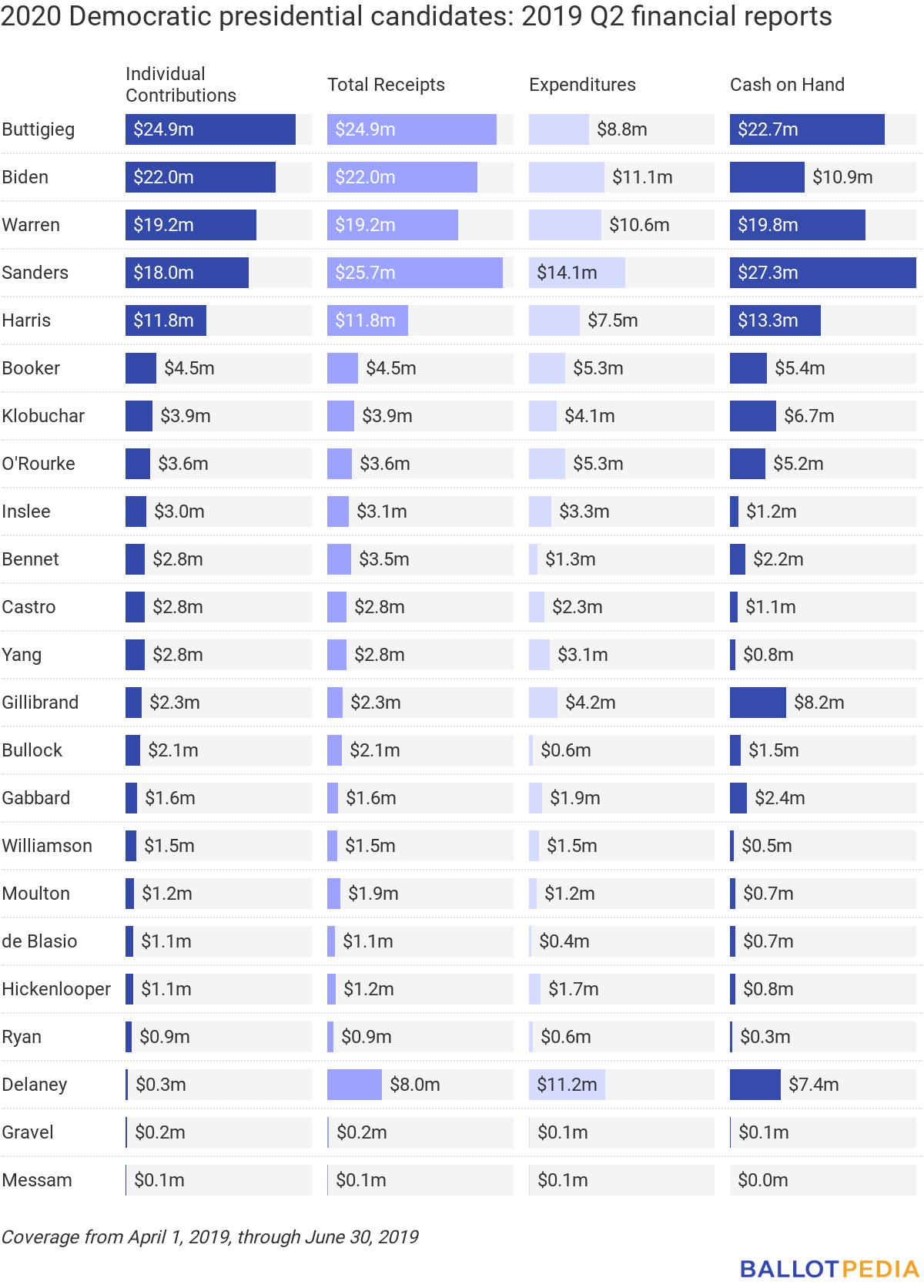 Monday was the deadline for presidential campaign committees to file financial reports with the Federal Election Commission (FEC) for the second quarter of 2019. Here’s a breakdown of how the candidates performed from April through June:
The following two charts show the individual contributions, total receipts, expenditures, and cash on hand for each presidential candidate.
The first column represents donations from individuals. The second column includes these individual donations and contributions from other sources, including political committees and loans from the candidate.