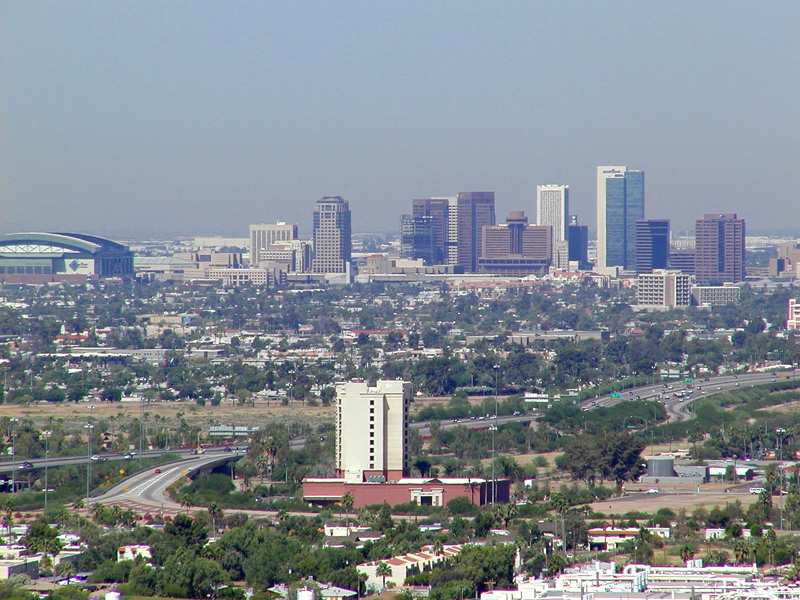 Phoenix voters can cast a ballot for the city’s August 27 special ballot initiative election at city hall or through a mail-in ballot during the early voting phase from July 31 through August 23. Two citizen initiatives proposing amendments to the city charter are on the ballot for the election.
Proposition 105 would do the following:
Building a Better Phoenix sponsored the initiative petition effort and is leading the campaign in support of Proposition 105. Proponents, including Council Member Sal DiCiccio, argue that funding is being wasted on light rail when it should be directed to roads and that light rail use is declining and many city roads are in urgent need of repair.
Invest in PHX, Vote no on 105 and 106 is leading the campaign in opposition to both Proposition 105 and Proposition 106. Opponents of Proposition 105, including Mayor Kate Gallego, U.S. Rep. Greg Stanton (D), and U.S. Rep. Ruben Gallego (D), argue that the initiative would reverse previous decisions made by voters to approve funding for light rail expansion and that the city would lose federal and regional funding for light rail development.
Proposition 106 would do the following:
Responsible Budgets Inc. led the initiative petition drive for Proposition 106. Proponents, including Council Member Sal DiCiccio, argue that the measure requires accurate accounting and transparency into the city’s pension liabilities and provides the beginning of a long-term solution to pension debt.
Opponents argue the initiative would prevent the city from fully funding services—such as parks, libraries, senior centers, and homeless services—and would reduce the value of the city’s pension plan for fire and police employees and other city officials.
Proponents of each measure needed to submit 20,510 valid signatures (15% of ballots cast for mayoral candidates in the previous mayoral election) to qualify their initiative for the ballot.
Voters on the Permanent Early Voting List (PEVL) will be automatically mailed an early voting mail-in ballot starting this week. Voters can also request a mail-in ballot through August 16. Voting centers will be open for the election on August 24 from 10 a.m. to 4 p.m., August 26 from 9 a.m. to 6 p.m.?, and August 27 from 6 a.m. to 7 p.m.
Additional reading:
https://ballotpedia.org/Phoenix,_Arizona,_Proposition_105,_End_Light_Rail_Expansion_Initiative_(August_2019)
https://ballotpedia.org/Phoenix,_Arizona,_Proposition_106,_Pension_Debt_Policies_and_City_Budget_Growth_Limits_Initiative_(August_2019)