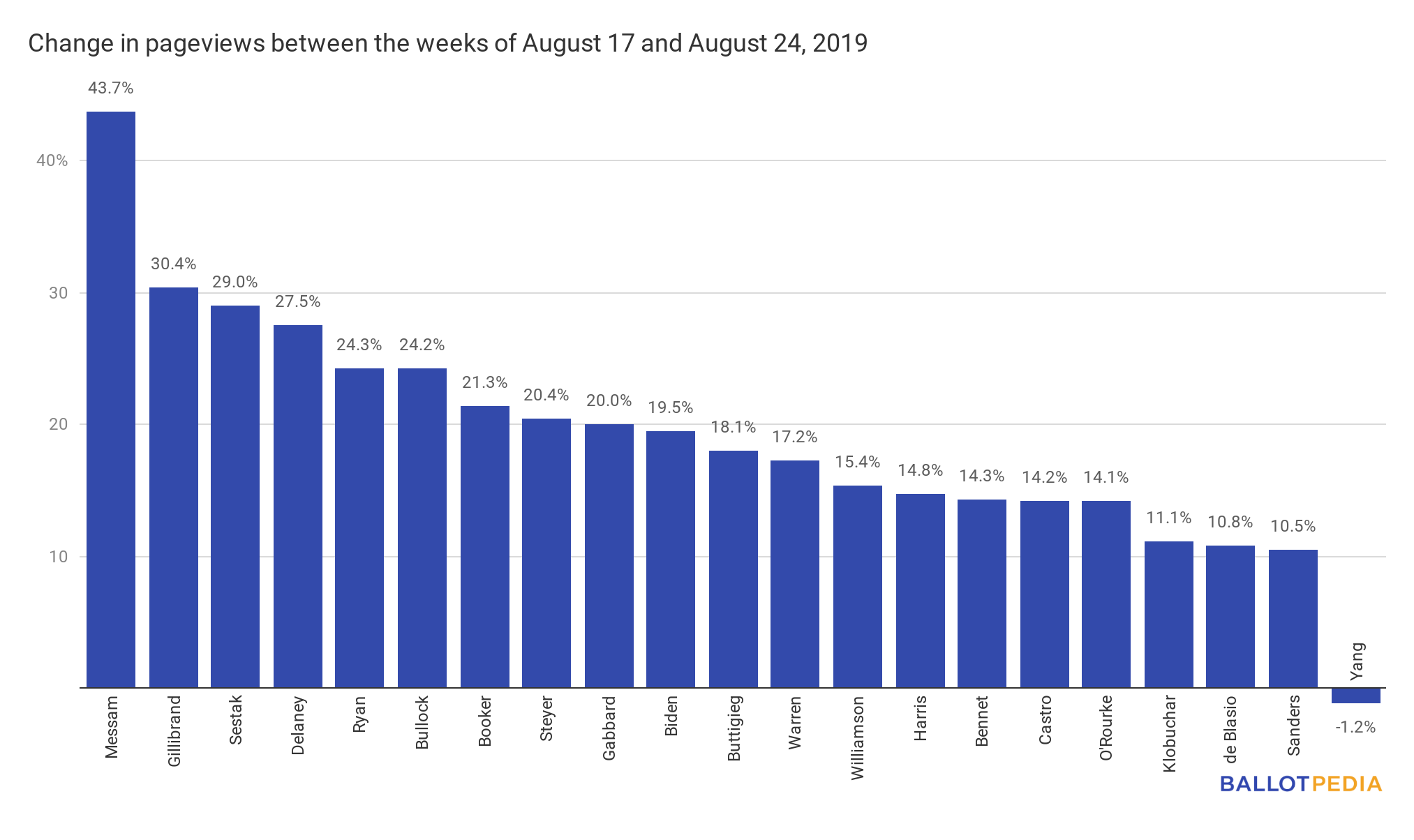 Each week, we report the number of pageviews received by 2020 presidential campaigns on Ballotpedia. These numbers show which candidates are getting our readers’ attention.
Andrew Yang’s campaign page on Ballotpedia received 5,590 pageviews for the week of August 18-24. Yang’s pageview figure represents 8.9% of the pageviews for all Democratic candidates during the week. Joe Biden had 8.6% of the pageviews for the week, followed by Elizabeth Warren with 6.9%. This is Yang’s second consecutive week with the most pageviews among Democrats.
Every noteworthy Democratic candidate other than Yang had more Ballotpedia pageviews last week than the week before. The three largest week-over-week increases were Wayne Messam (43.7%), Kirsten Gillibrand (30.4%), and Joe Sestak (29.0%).
The leader in overall pageviews this year is Pete Buttigieg with 105,981. Buttigieg is followed by Andrew Yang with 100,717 and Kamala Harris with 94,574.
On the GOP side, former Massachusetts Gov. Bill Weld had 16,246 pageviews to President Trump’s 2,053.