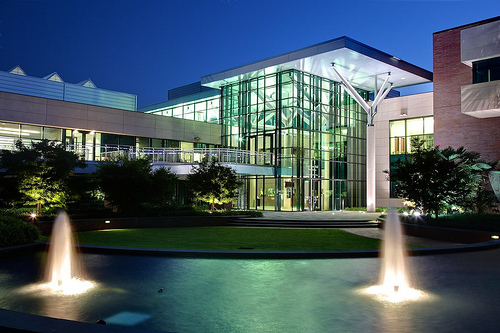 Cary, North Carolina will head to the polls on Tuesday, October 8, for the mayoral and town council election. Voters will also decide two bond issues.
The first measure would authorize the town to issue $112 million in bonds to fund the expansion of existing parks and recreation facilities, as well as, construct and acquire new parks and recreation facilities. The town of Cary currently has more than 30 public parks, seven special use facilities, four sports venues, and nine staffed facilities.
The second measure would authorize the town to issue $113 million in bonds to fund improvements in local transportation. Proposed improvements include streets, sidewalks, bridges, overpasses, traffic controls, streetscape, and bicycle facilities. The bonds would also be used to acquire equipment and land necessary for the improvements.
In their annual budget discussion on May 9, 2019, the Cary Town Council decided that bond issues would not exceed a total of $225 million. The most recent approved bond issues were in 2012 and were used to fund fire, transportation, and park projects. The town reported that these projects are in progress or complete.
The deadline to register to vote in the October 8 election is Friday, September 13. Although the registration deadline is September 13, one-stop-voting, including same-day registration, is available during the early voting period. Early voting for this election begins September 18 and ends October 4. Voters can request a mail-in ballot through Tuesday, October 1, 2019.
During the 2019 election cycle, Ballotpedia is expanding its coverage of North Carolina in order to provide voters with a comprehensive statewide sample ballot. This coverage includes North Carolina elections spanning 503 cities, towns, and villages; nine school districts; and 17 special districts. Voters in many of these local jurisdictions will be voting in primaries or general elections on September 10 and October 8.
Additional reading:
https://ballotpedia.org/Cary,_North_Carolina,_Parks_and_Recreation_Bond_Issue_(October_2019)
https://ballotpedia.org/Cary,_North_Carolina,_Transportation_Bond_Issue_(October_2019)
https://ballotpedia.org/North_Carolina_local_elections,_2019
https://ballotpedia.org/City_elections_in_Cary,_North_Carolina_(2019)