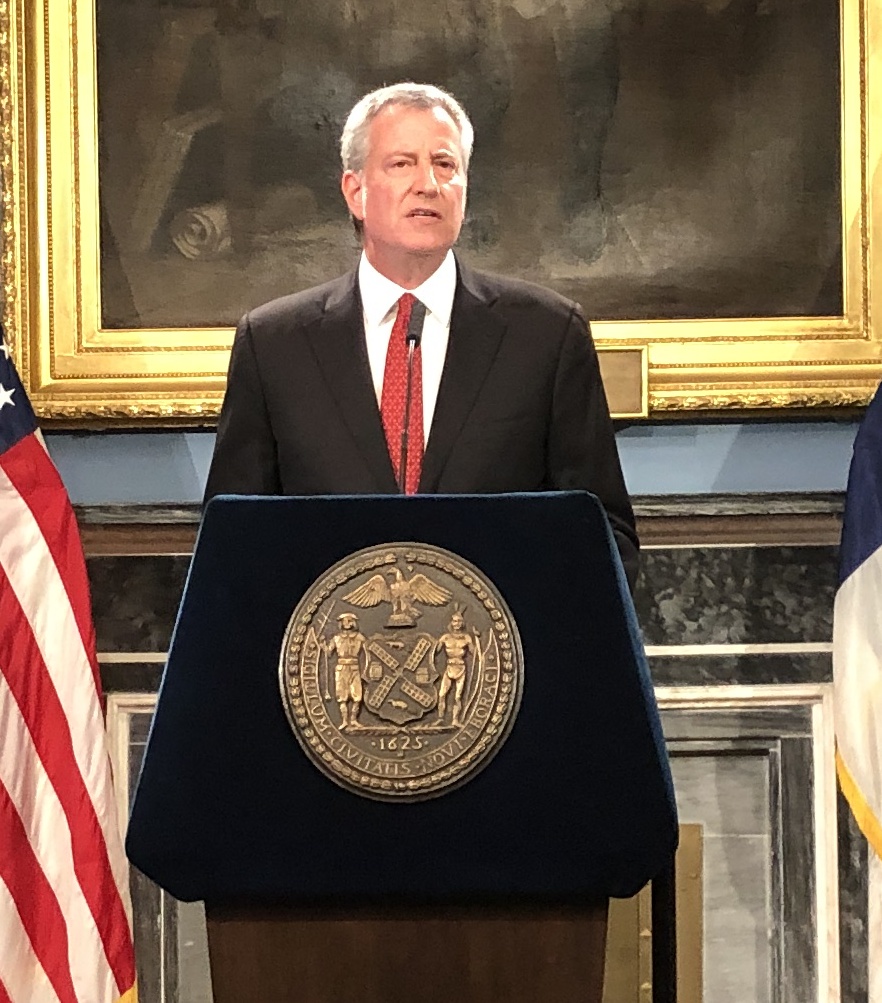 New York City Mayor Bill de Blasio (D) ended his presidential campaign Friday morning. “I feel like I’ve contributed all I can to this primary election and it’s clearly not my time,” he said in an interview on MSNBC’s Morning Joe.
De Blasio participated in the June and July debates but failed to qualify for the debate stage in September. He is the eighth notable Democrat to leave the race, following the most recent departures of Sen. Kirsten Gillibrand and Rep. Seth Moulton.
Nineteen candidates are still running in the Democratic primary. The next debate will be held October 15-16, 2019.
Additional reading:
https://ballotpedia.org/Democratic_presidential_nomination,_2020
https://ballotpedia.org/Democratic_presidential_primary_debate_(October_15-16,_2019)