October 3, 2019: Andrew Yang raised $10 million in the third quarter of 2019. Bernie Sanders canceled campaign events this week after undergoing a heart procedure for a blocked artery. 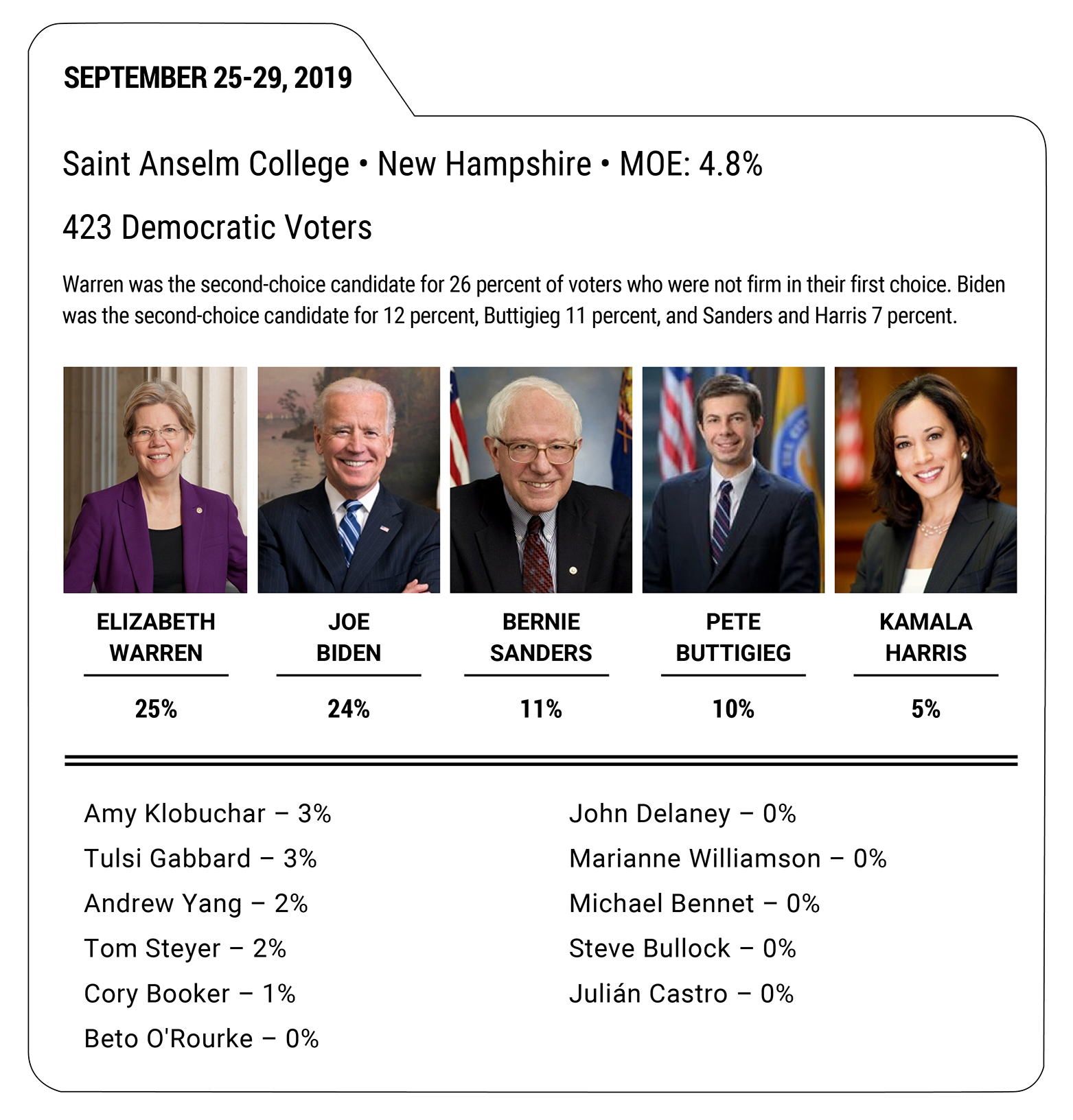 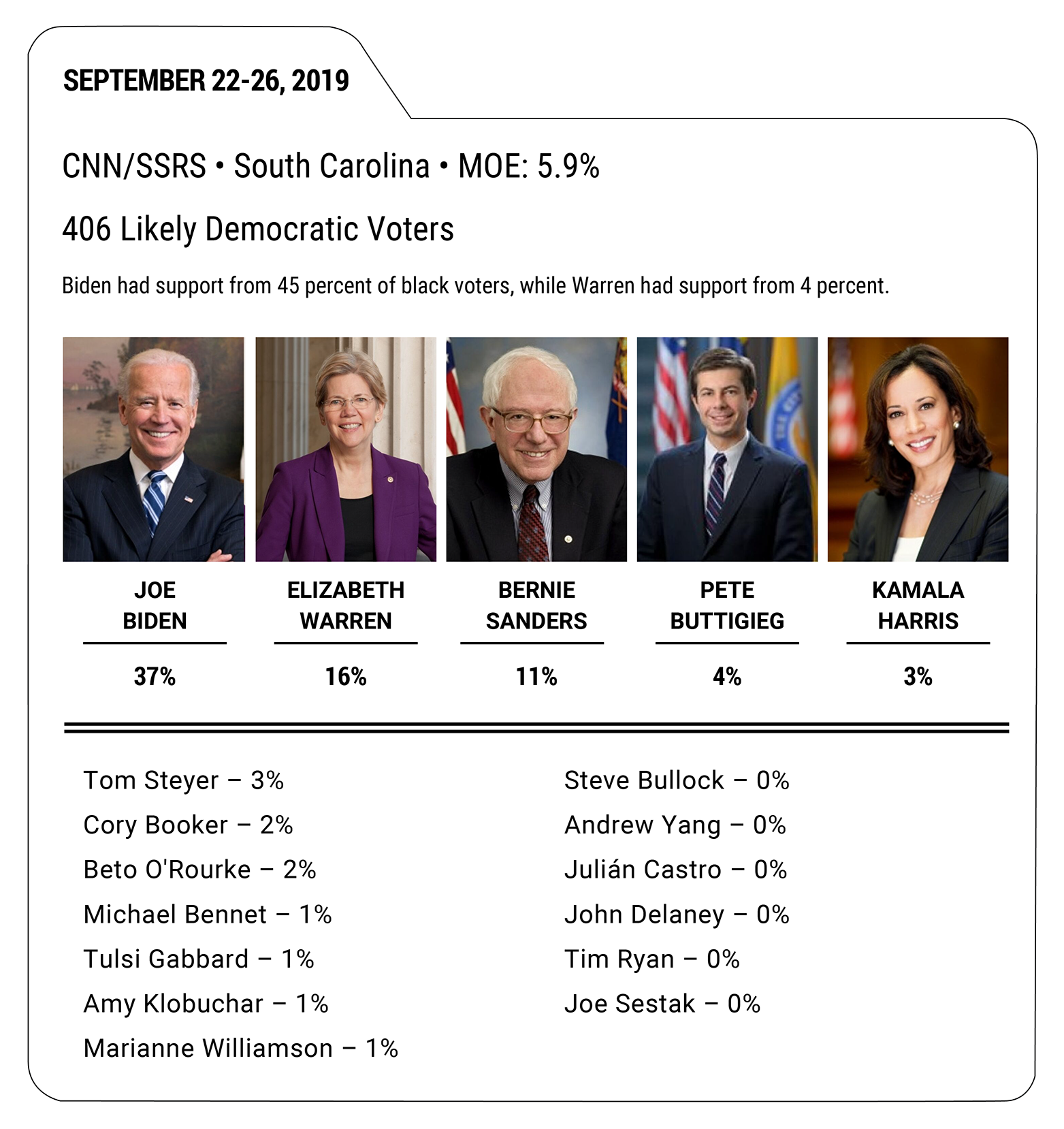 “Why have four of the last five incumbent presidents won reelection? There are a lot of reasons, but a big one is that the structure of the primary calendar, the rules for campaign spending, and party unified behind the president give the party in power an enormous structural advantage. In 1996 and 2012, incumbent presidents had enormous resources to run ads in swing states defining the Republican nominee, when the GOP nominee had used all his money to win the primary and did not have any cash to return fire. The Clinton and Obama campaigns, along with help from their friends the media, defined the image of Bob Dole and Mitt Romney before the contest really started. In 2004, the Bush campaign ran similar advertising against John Kerry in swing states.”