The U.S. Senate confirmed two nominees to the U.S. Court of Appeals for the 9th Circuit. Overall, the Senate has confirmed 174 of President Trump’s judicial nominees—120 district court judges, 50 appeals court judges, two Court of International Trade judges, and two Supreme Court justices—since January 2017. At the end of the 115th Congress in January 2019, the Senate had confirmed 85 of the president’s judicial nominees.
The United States Court of Appeals for the 9th Circuit is one of 13 U.S. courts of appeal. They are the intermediate appellate courts of the United States federal court system.
The confirmed nominees were Patrick Bumatay and Lawrence VanDyke. The Senate confirmed Bumatay by a 53-40 vote and VanDyke by a 51-44 vote. Neither nominee received support from their home-state senators.
After they receive their judicial commission, the court will have no vacancies, 16 Democrat-appointed judges, and 13 Republican-appointed judges. This breakdown is consistent with the court’s current levels since Bumatay and VanDyke are succeeding two Republican-appointed judges who did not vacate their seats before the confirmation of their successor.
President Trump has appointed the most judges to the U.S. Courts of Appeal of the past 20 presidents on or before December 1 of their third year in office. The median number of U.S. Courts of Appeal appointees is 19. As of December 1, Trump had appointed 48 nominees to the U.S. Courts of Appeal. President Woodrow Wilson (D) appointed the fewest with five. 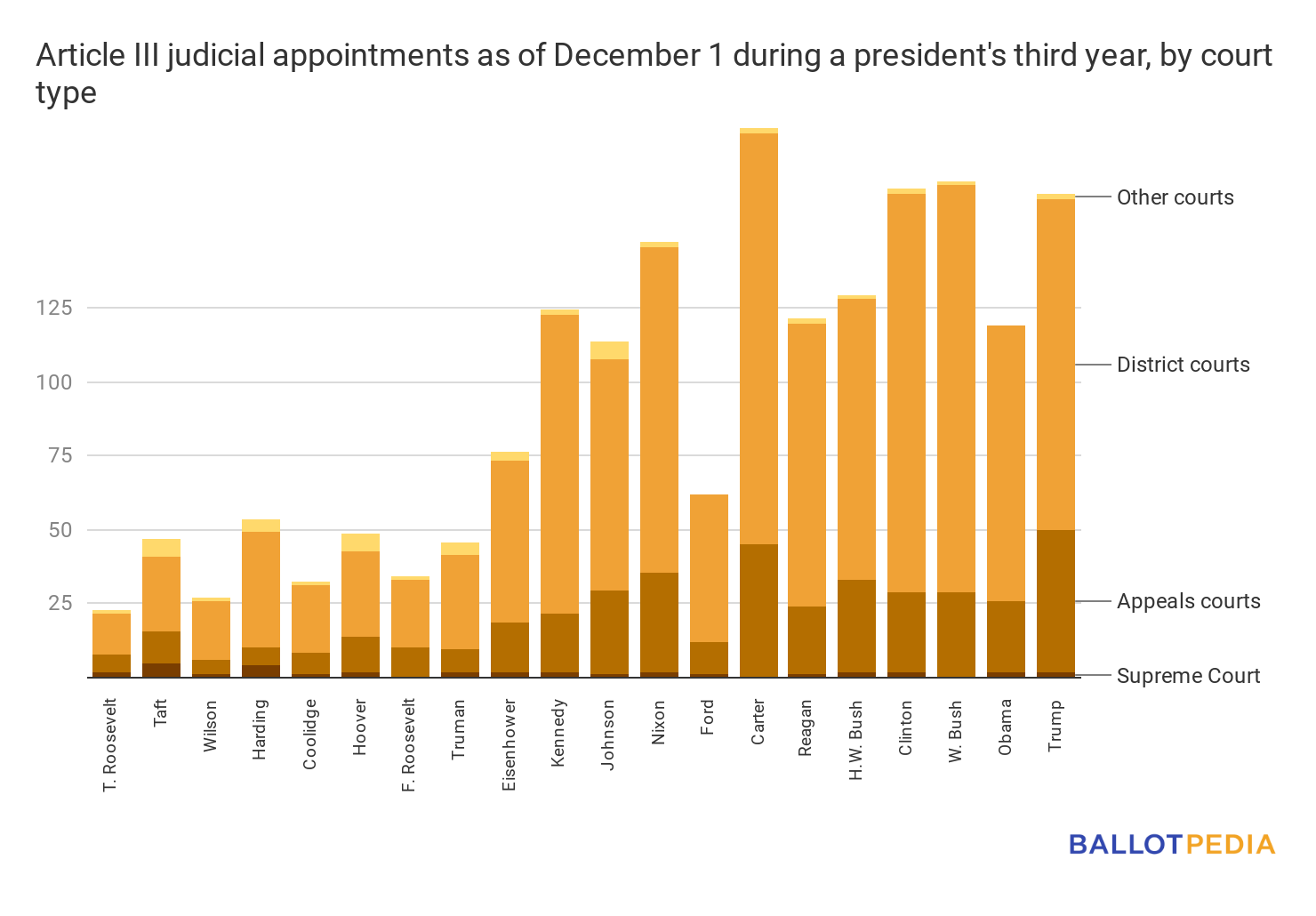