This is our daily update on how federal, state, and local officials are planning to set America on a path to recover from the coronavirus pandemic.

What is reopening in the next two days? Which stay-at-home orders will expire?

Have any states opened? For a continually updated article on reopening status in all 50 states, click here. For our last edition, click here.

Forty-three states issued orders directing residents to stay home except for essential activities and the closure or curtailment of businesses each state deemed nonessential. Seven states did not.

Here’s which stay-at-home orders have expired, and when the rest are scheduled to expire.

The table and maps below show the status of plans to lift restrictions on activities because of the pandemic. We update them daily.

We place states into six categories. How does your state stack up? 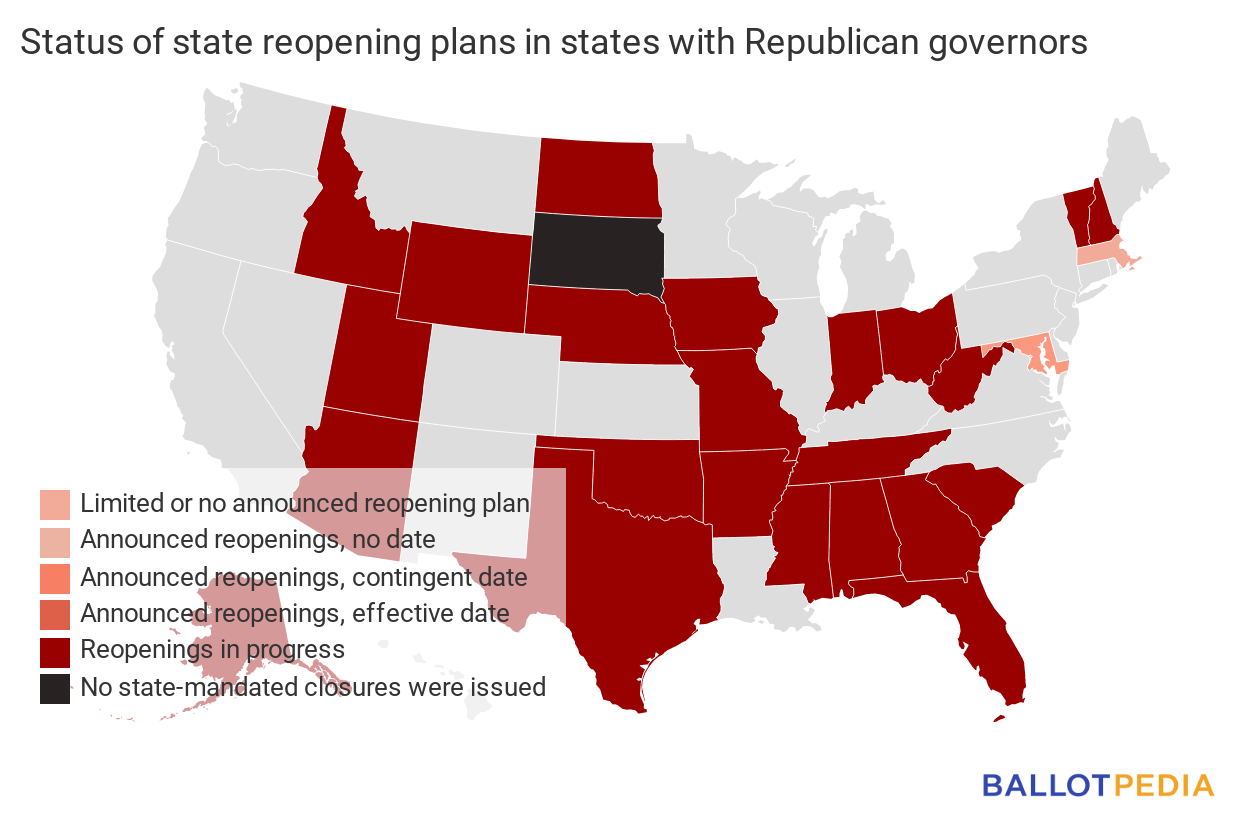 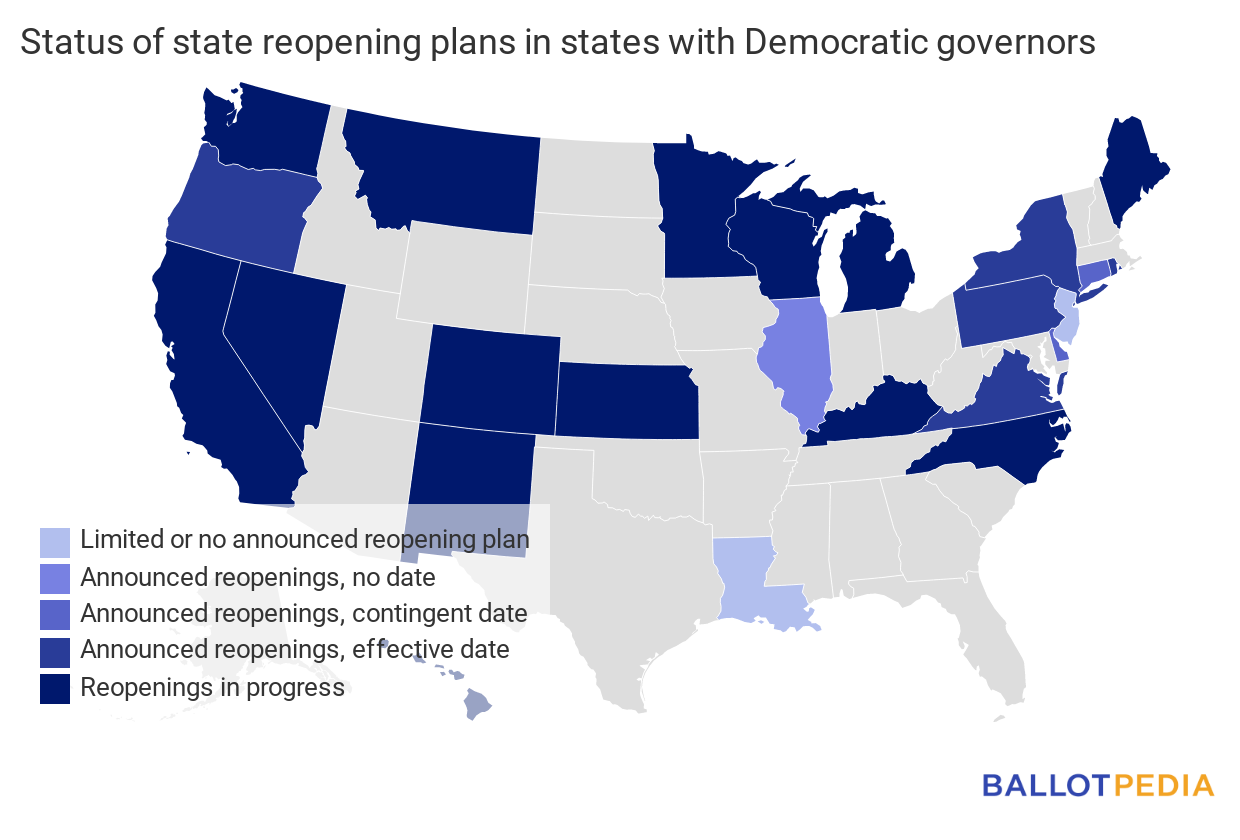 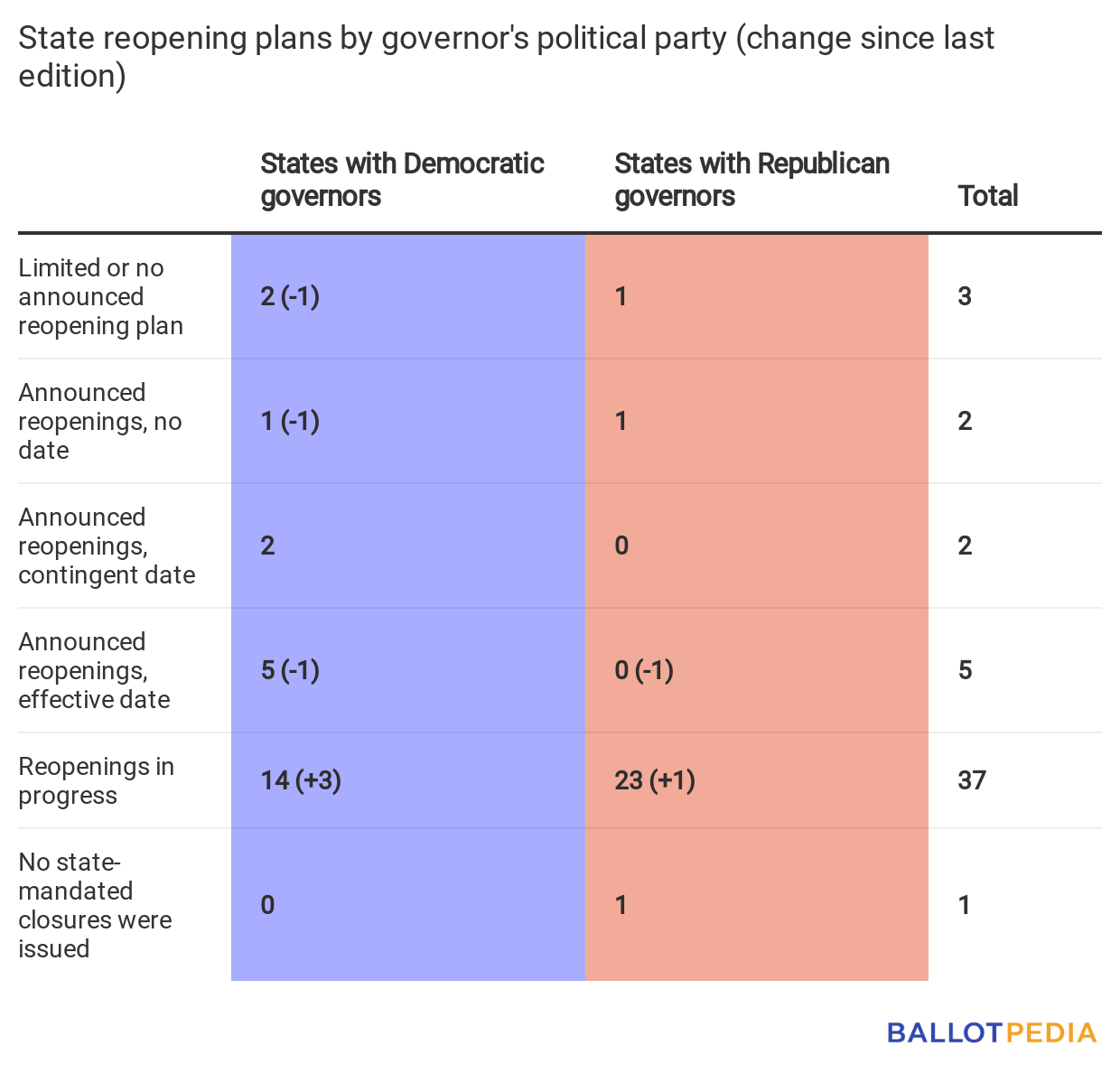 This is an in-depth summary of one of the latest reopening plans. Is there a plan you’d like us to feature? Reply to this email and let us know.

Michigan Gov. Gretchen Whitmer’s (D) six-phase “MI Safe Start” plan is broken down by phases of disease spread and allows for eight different regions of the state to progress through phases at different times.

Whitmer said the whole state is currently in Phase 3. She modified the state’s stay-at-home order May 7 allowing certain businesses to reopen, including manufacturing and construction under safety measures. The order is in effect until May 28.

The Safe Start plan does not contain target dates:

The plan also states that moving to a previous stage is possible.

Moving from one phase to the next, and implementing the regional approach, will depend on answers to the following:

The plan says of the regional approach:

Restrictions and allowances on businesses and individuals throughout the plan’s six phases are discussed in detail below. The plan also contains 22 best practices workplaces should follow divided into five categories:

Whitmer developed the plan with the guidance of the Michigan Economic Recovery Council, consisting of a healthcare advisory group and a business advisory group. Members include health experts, company CEOs, labor and union leaders, and state department heads. 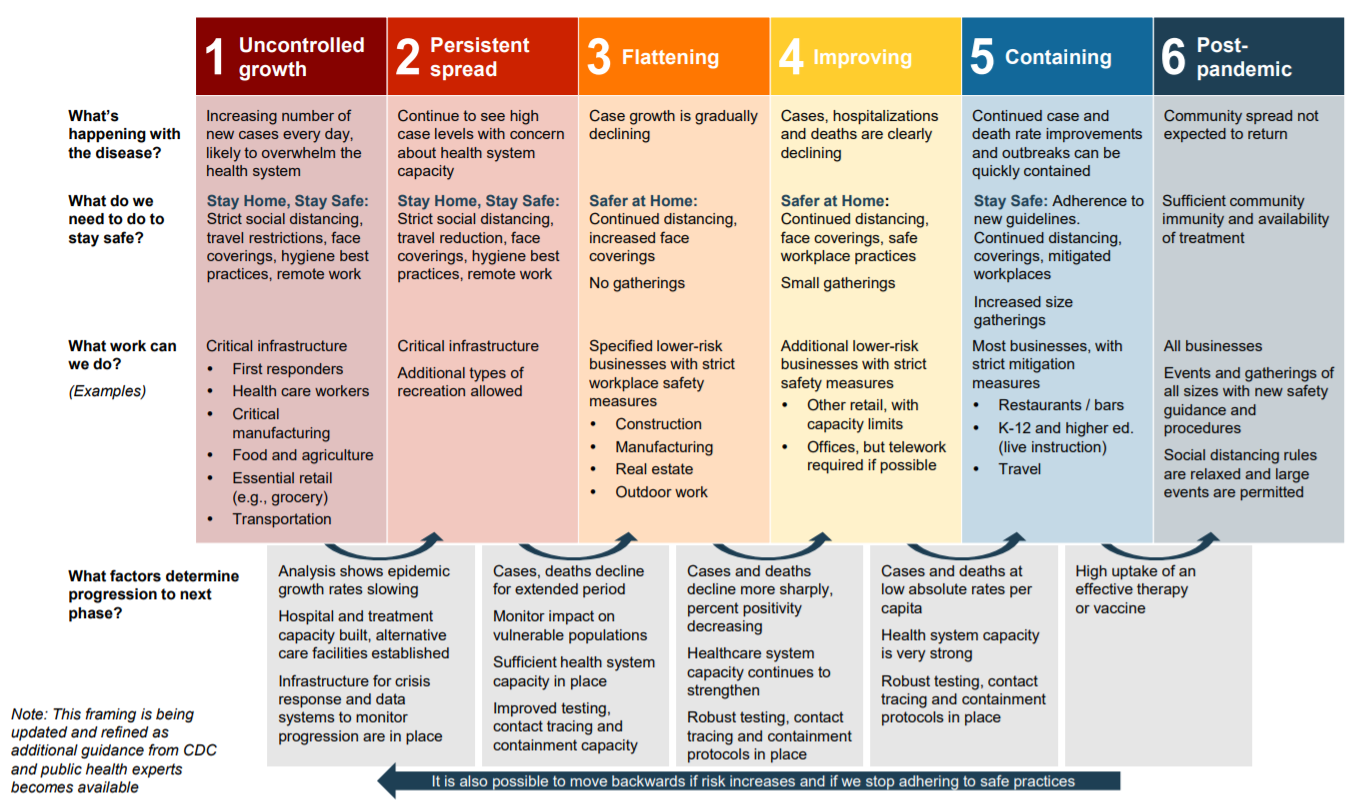 Restrictions in place throughout first 5 phases

Below, the state’s former Phase 1 restrictions and allowances are described, followed by details on what changed or will change in subsequent phases.

Definition: “Epidemic is no longer increasing and health system capacity is sufficient for current needs. Specified lower-risk businesses can reopen given adherence to strict safety measures.”

“Most business and organizations will be open throughout this phase under strict safety measures.”

Definition: “Epidemic levels are extremely low and outbreaks can be quickly contained. Health system capacity is strong with robust testing and tracing. Most businesses can reopen given adherence to strict safety measures.”

In this section, we feature examples of activities by other federal, state, and local governments and influencers relevant to recovering from the pandemic.