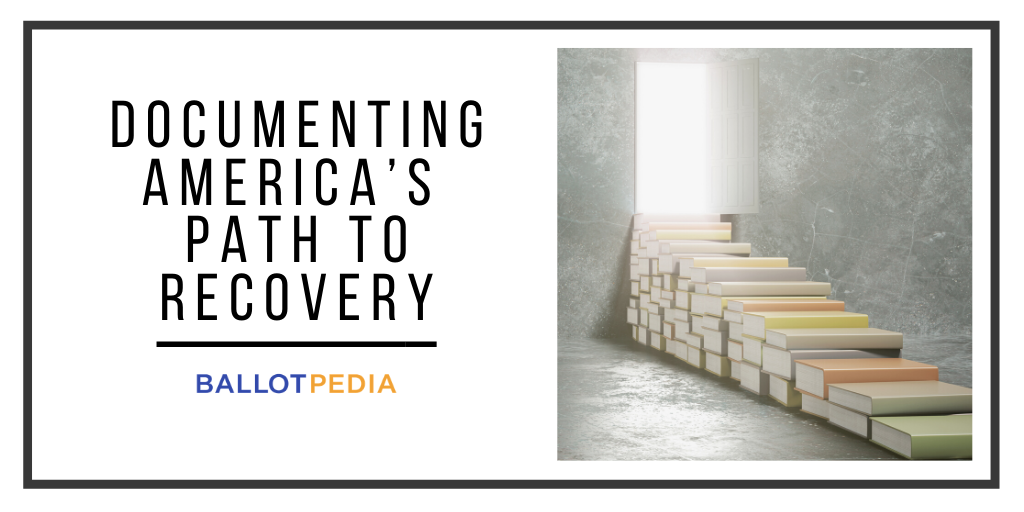 What is reopening in the next two days? Which stay-at-home orders will expire?

Have any states opened? For a continually updated article on reopening status in all 50 states, click here. For our last edition, click here.

Forty-three states issued orders directing residents to stay home except for essential activities and the closure or curtailment of businesses each state deemed nonessential. Seven states did not.

Here’s which stay-at-home orders have expired, and when the rest are scheduled to expire. 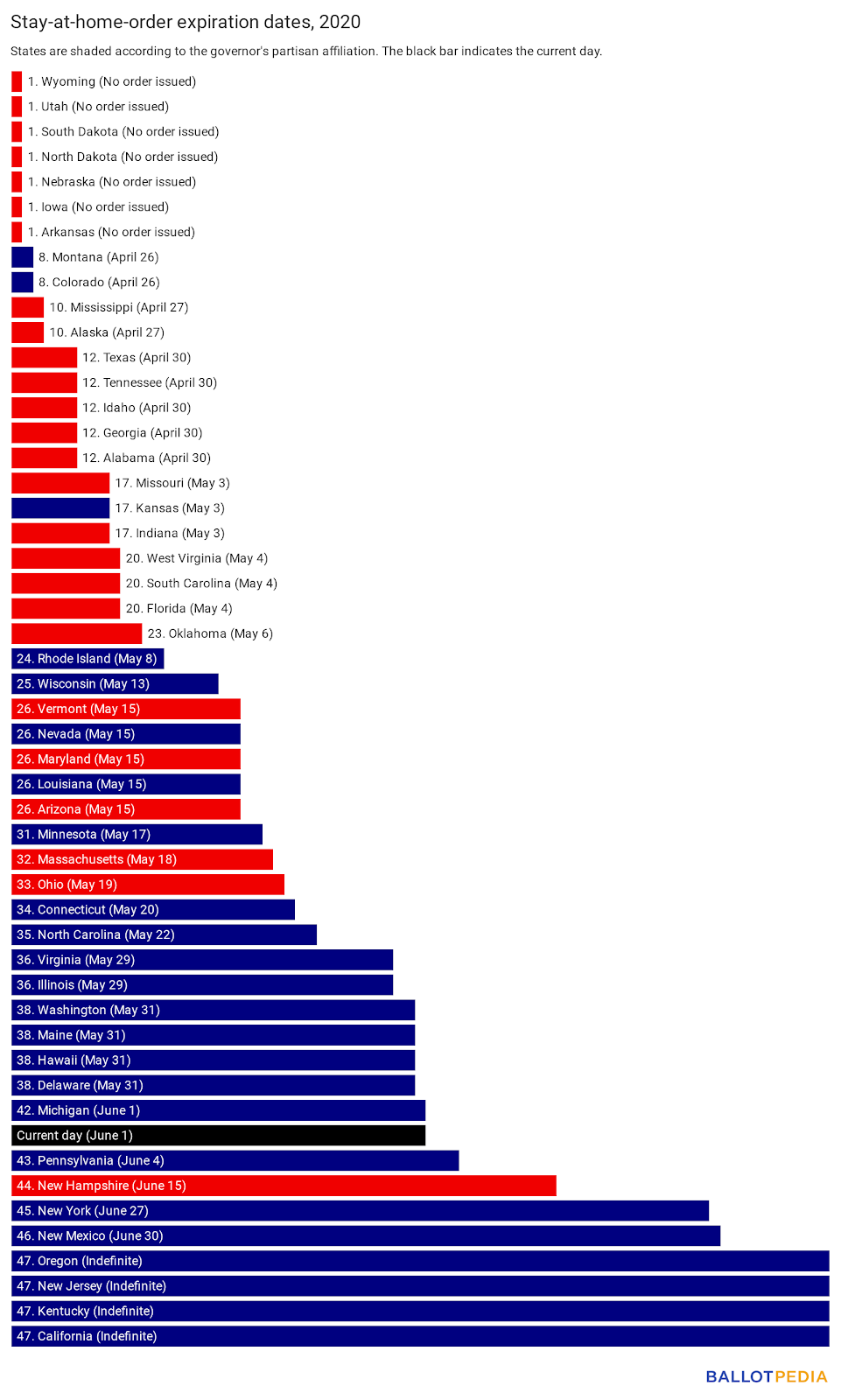 All 50 states began to reopen in some way. Here, we give the status of one industry or activity across the states. Today’s question: in which states must someone wear a face covering while out in public? 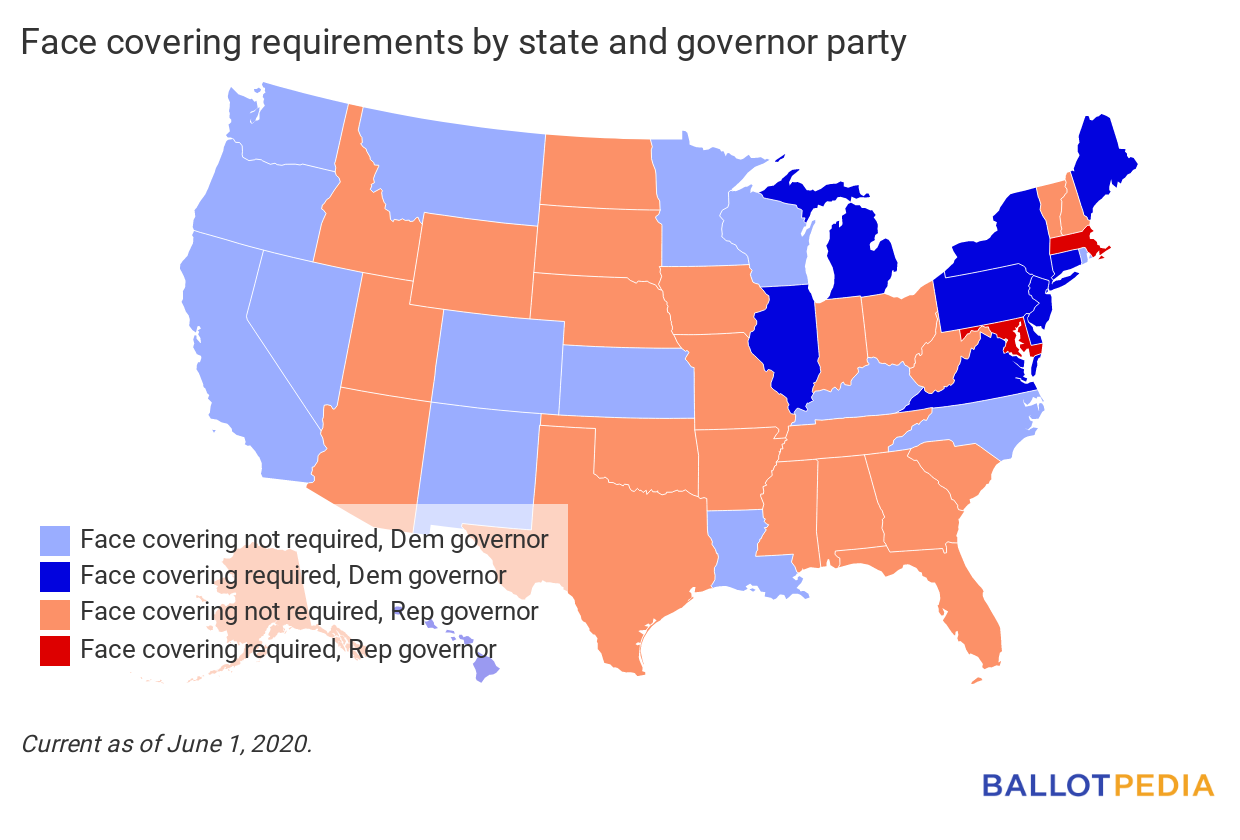 This is an in-depth summary of one of the latest reopening plans. Is there a plan you’d like us to feature? Reply to this email and let us know. Click a state below to read a previous Featured Plan.

The advisory team has five groups with the task of identifying “issues, solutions, and assets necessary for a phased revitalization path for South Carolina’s economy, guided by healthcare and medical data.” AccelerateSC’s final report, released May 28, contains 41 recommendations for the governor.

The groups and their responsibilities are as follows:

Since accelerateSC’s creation, McMaster has allowed businesses to reopen once the Response group released industry-specific safety guidelines. On May 11, McMaster said, “With our increased capacity for testing the people of our state, it is time to responsibly and gradually get these small businesses back up and running”

McMaster’s order closing nonessential businesses to the public allowed businesses to request an evaluation from the state Department of Commerce to determine whether they may continue to operate.

McMaster’s nonessential business closure order and stay-at-home order said that no local ordinance, rule, or regulation may conflict with the statewide orders.

Guidance for individuals
The final accelerateSC report advises individuals to do the following:

The report also says, “At-risk populations (seniors, members of our minority communities and those with underlying medical conditions) should be particularly mindful of this guidance and should take special precautions.”

May 18
The following could reopen with capacity limits and social distancing efforts:

May 22
The following could reopen:

Additional site-specific guidance
AccelerateSC released guidance for some industries and sites that McMaster did not order closed: 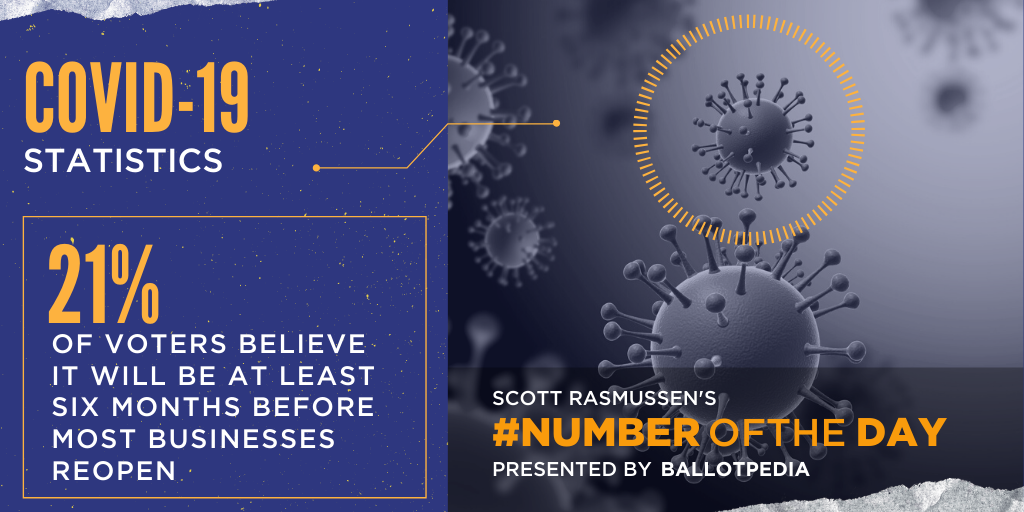 Find out more in today’s Number of the Day→

In this section, we feature examples of activities by other federal, state, and local governments and influencers relevant to recovering from the pandemic.