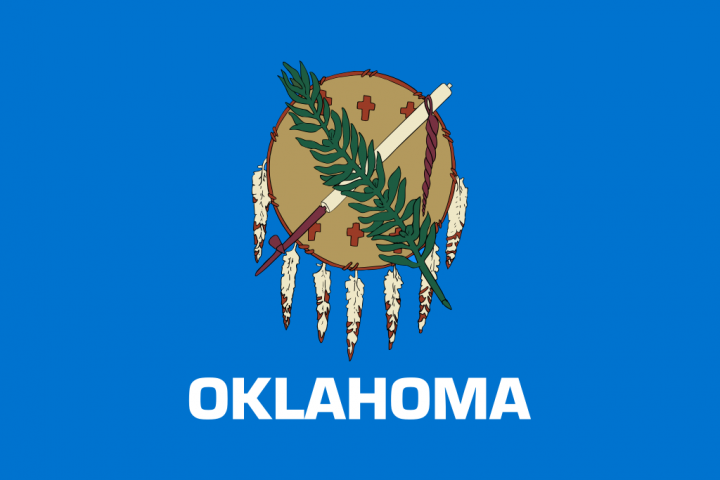 June 24 is the deadline to request an absentee ballot for the June 30 election.

Yes on State Question 802—Oklahomans Decide Healthcare is registered with the Oklahoma Ethics Commission to support State Question 802. Vote No on 802 Association, chaired by John Tidwell, state director of Americans for Prosperity, is registered to oppose State Question 802. Campaign finance reports are due on July 31, 2020, for the period covering April 1, 2020, through June 30, 2020. As of June 22, Vote No on 802 Association reported $165,550.97 in independent expenditures for state question communications purposes including mailers and advertisements. Yes on State Question 802 had not reported any independent expenditures. Reports of cash and in-kind contributions to the committees and expenditures by the committees are due on July 31, 2020.

Oklahomans Decide Healthcare said, “Expanding Medicaid will [make] our families healthier and our economy stronger. It will deliver healthcare to those who need it, including many parents, seniors, and hardworking folks who earn less than $17,000 a year. It will also bring more than a billion of our tax dollars home from Washington, D.C. every year to create jobs, boost our economy, and keep our rural hospitals open. That’s money that 36 other states that have expanded Medicaid get, but Oklahoma has lost out on for years.” State Question 802 is supported by the Oklahoma Hospital Association, State Medical Association, Osteopathic Association, and Nurses Association.

A spokeswoman for Governor Kevin Stitt (R) said, “If SQ 802 passes, our state agencies will experience deep cuts, because the ballot measure offers no mechanism to pay for it. The governor does not support this unfunded mandate.” Stitt had announced a Medicaid expansion plan set to take effect July 1, 2020, and a Medicaid program plan under the Healthy Adult Opportunity (HAO) federal program referred to as SoonerCare 2.0 designed to take effect July 1, 2021. On May 28, 2020, the state withdrew the expansion plan for certain low-income adults that was set to take effect on July 1, 2020. The expansion was withdrawn after Stitt vetoed a bill designed to fund the programs, citing funding concerns amid the coronavirus pandemic. The SoonerCare 2.0 program under the HAO was posted for public comment through June 27, 2020.

Stitt said, “I appreciate the willingness of the Legislature to craft a proposal to fund SoonerCare 2.0. When I announced SoonerCare 2.0, unemployment rates were at 3.2 percent. Due to the current COVID-19 pandemic and uncertainty within energy markets and commodity prices, unemployment rates are predicted to be as high as 14 percent. This will not only increase the number of individuals currently enrolled in Medicaid, but will also increase the number of potential enrollees in the expanded population.”

On August 4, Missouri voters will also decide a Medicaid Expansion initiative. The default election date for both the Oklahoma and Missouri initiatives was the November 3 general election. Oklahoma Governor Kevin Stitt (R) and Missouri Governor Mike Parson (R) both opted to put the initiatives on their states’ primary election ballots instead.

In November 2018, voters in Idaho, Montana, Nebraska, and Utah decided ballot initiatives concerning Medicaid expansion and the funding of expanded Medicaid coverage. In January 2018, voters in Oregon approved Measure 101, thereby upholding 2017 legislation to provide funding for the state’s portion of costs for expanded Medicaid coverage through a tax on healthcare insurance and the revenue of certain hospitals. In 2017, voters in Maine approved the first citizen initiative used to implement an optional provision of Obamacare.