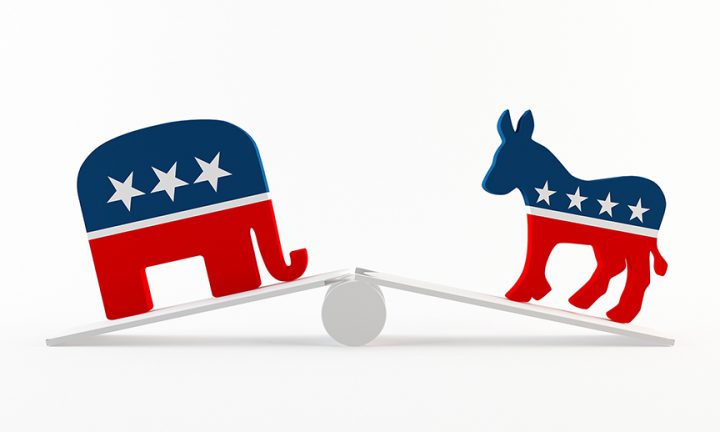 Ballotpedia tallies the partisan balance of state legislatures at the end of every month. This refers to which political party holds the majority of seats in each chamber. Republicans hold a majority in 61 chambers and Democrats hold a majority in 37 chambers. Alaska’s chamber is the only one to have a power-sharing agreement between the two parties.

For the month of July, both parties saw a decrease in state representation, with Republicans and Democrats holding .15% and .02% fewer seats, respectively.