Although there is no formal, national deadline to file to run for president of the United States, independent presidential candidates must keep a close eye on the election calendar as each state has its own filing requirements and deadline to qualify to appear on the general election ballot.

These requirements may include submitting a petition with a certain number of signatures or paying a filing fee.

In the week of August 17, there are seven filing deadlines:

There are four filing deadlines the following week.

The following chart shows how many days are left until each remaining state’s filing deadline passes: 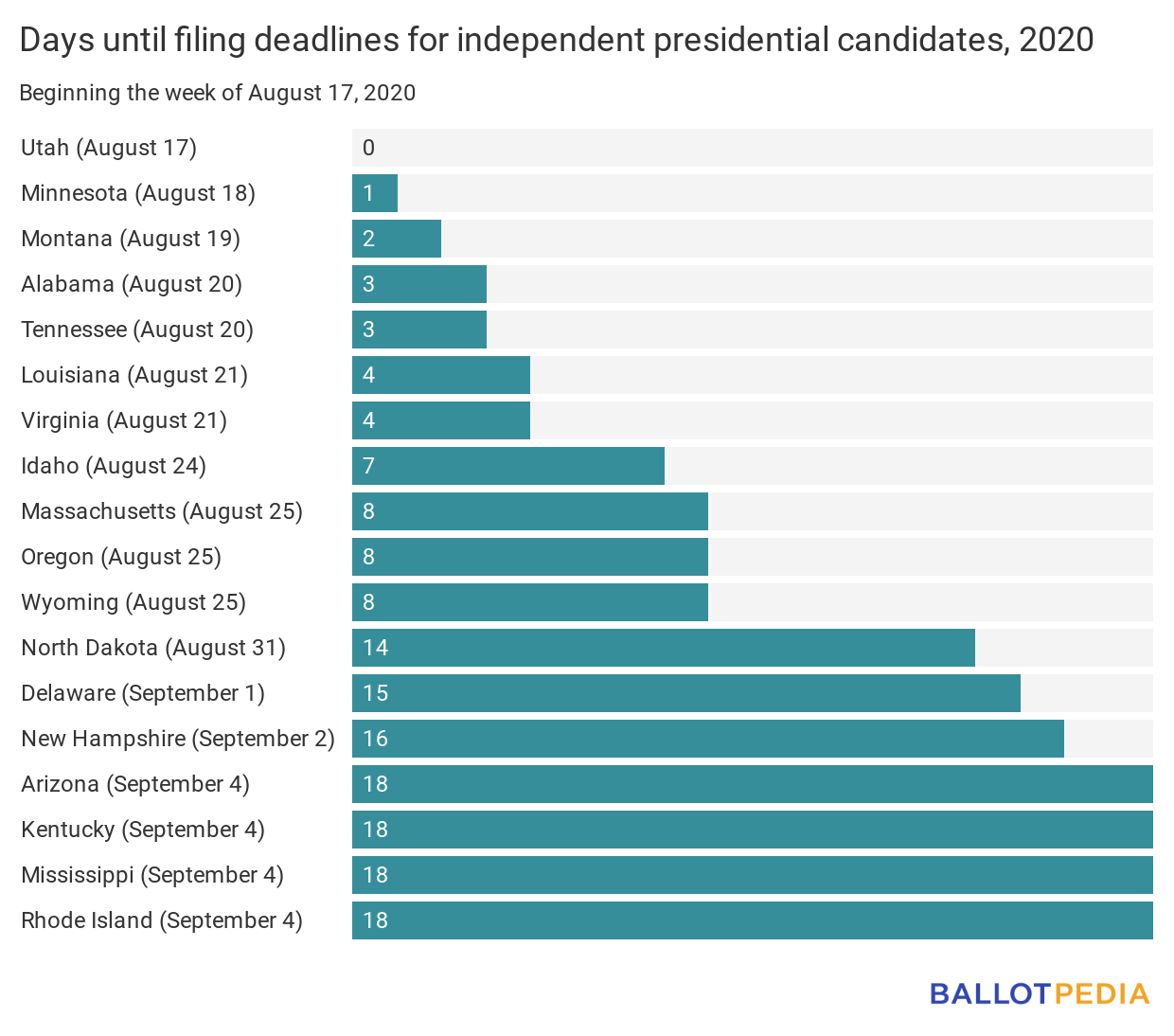