In 12 states, more than half of state legislative seats are guaranteed to one of the two major parties in the 2020 elections, according to Ballotpedia’s 10th Annual State Legislative Competitiveness Report.

The 12 states where more than half of all state legislative elections feature only one major party candidate are: 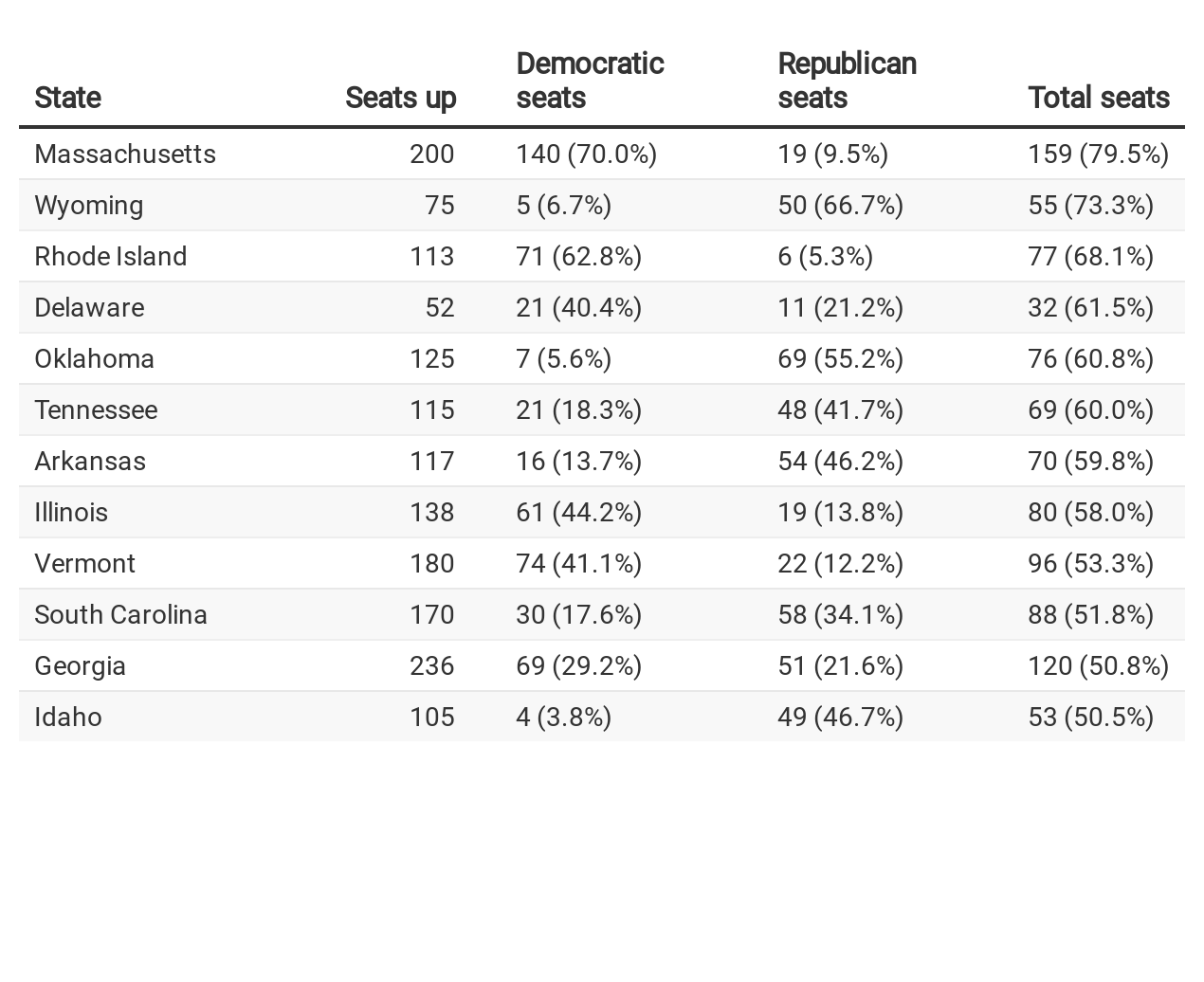 The chart below shows the number of seats without major party competition in all even-year elections since 2010:

Nationally, Democrats and Republicans are contesting a nearly-equal number of seats this year, with a 35-seat difference between the two parties. This is the most parity in the number of seats contested by each of the two major parties since 2010.