More than 95% of elections for U.S. House (415 of 435) in 2020 are contested by candidates from both the Democratic and Republican parties, according to Ballotpedia’s Annual Congressional Competitiveness Report. This is an increase over the four preceding election cycles and the highest percentage of contested races for U.S. House since at least 1920. 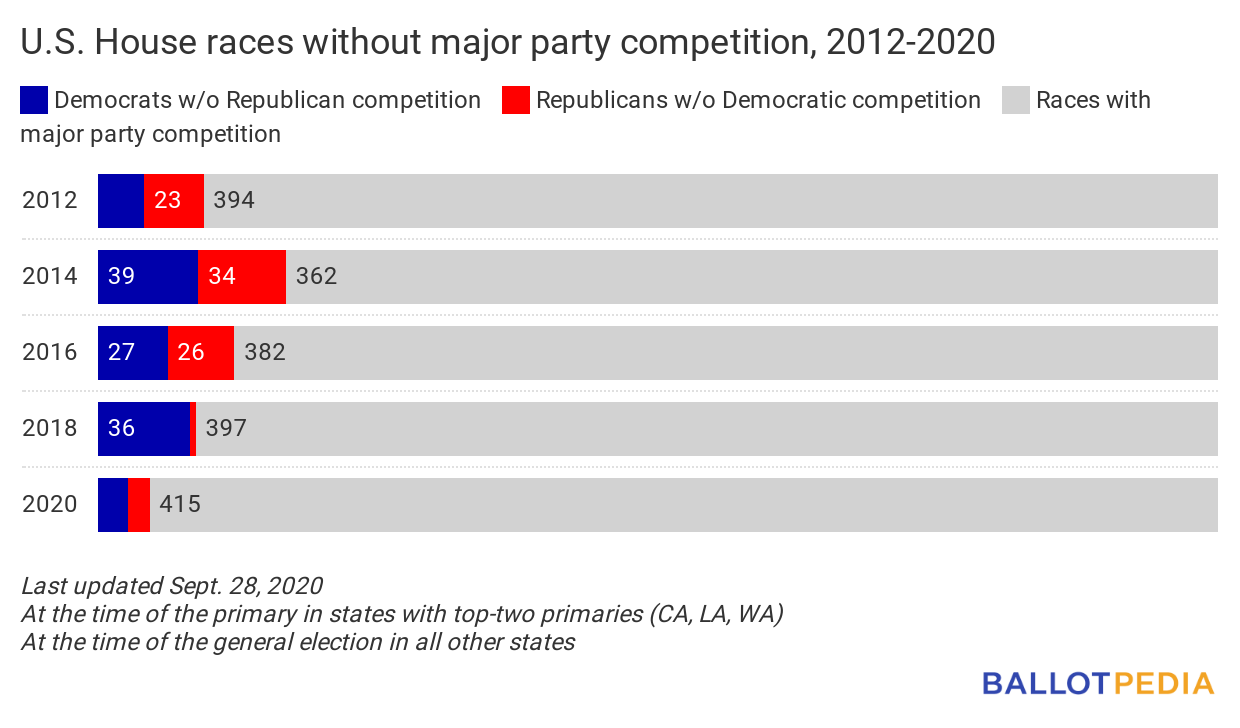