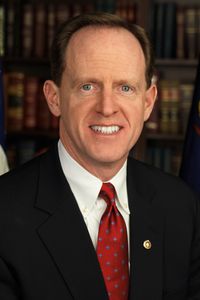 At a press conference, Toomey said, “I will not be running for reelection in 2022 and I will not be running for governor. I will serve out the remainder of my term for a little over two years that are left to the current term and after that my plan is to go back to the private sector.” While he said he had no specific plans, he said he looked forward to spending more time with his family.

Republicans are currently in the majority in the U.S. Senate with 53 seats. Democrats hold 45 seats and two are held by independents who caucus with the Democratic Party.