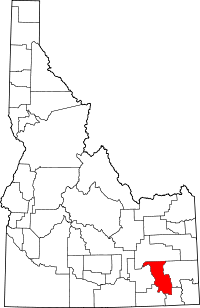 An effort to recall three of the five members of the Pocatello-Chubbuck School District No. 25 board of trustees in Idaho began on September 18, 2020, when recall supporters filed paperwork with the Bannock County Elections Office. To get the recall on the ballot, supporters must submit recall petitions to the elections office by December 1.

Zone 1 representative Jackie Cranor, Zone 2 representative Janie Gebhardt, and Zone 5 representative Dave Mattson were named in the recall petitions after the board unanimously voted to continue using a hybrid teaching model (two days in-person and three days online) for middle school and high school students for the remainder of the first trimester of the 2020-2021 school year. The district started the hybrid model due to the COVID-19 pandemic.

Recall supporters said the board was not fully representing the electorate on the issue of hybrid learning and other issues. The school district released a statement saying that the board weighs a number of factors when making decisions and that majority opinion does not always rule.

Cranor, Gebhardt, and Mattson were also included in a 2018 recall effort against all five members who served on the board at the time. That effort started after the board voted to end the district’s 20-year-old open enrollment policy that allowed students to choose which high school they attended. The leader of that recall put the effort on hold before the deadline to submit petitions.