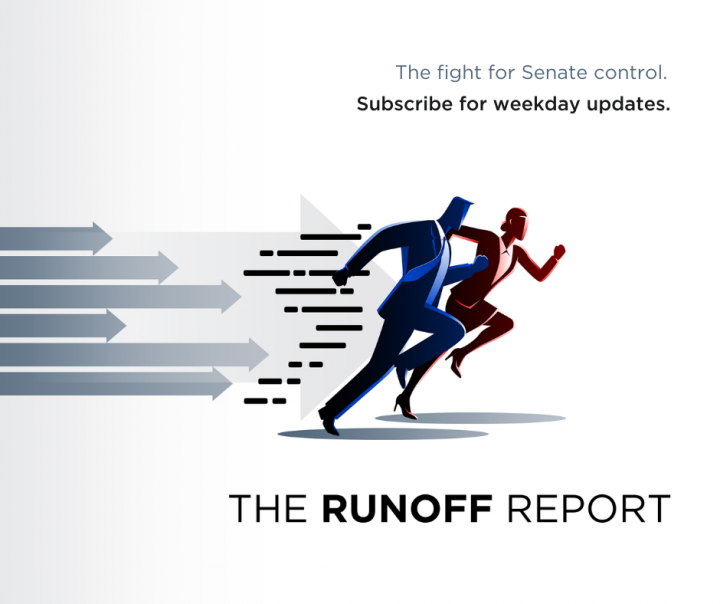 Jon Ossoff participated in an interview with WCTV’s Michael Hudak. Ossoff discussed his relationship with former Rep. John Lewis (D-Ga.), Perdue’s criticisms, and Perdue’s decision not to participate in debates during the runoff.

Kelly Loeffler participated in an interview with Fox News’ Martha MacCallum. Loeffler discussed election security and said it’s important for Republican voters to turn out for the runoffs. She also criticized Warnock’s past comments about police and the military.

Raphael Warnock released two new TV ads. In one, he discussed moral leadership, saying, ‘I’ve always felt that my impact does not stop at the church door. That’s actually where it starts.” In the other, Warnock says his run for Senate is an extension of the work he’s done on healthcare and education and for working people.

We fully support President Trump’s legal recourses and Attorney General Paxton’s lawsuit. The President has every right to use every legal recourse available to guarantee these simple principles: every lawful vote cast should be counted, any illegal vote submitted cannot be counted, and there must be full transparency and uniformity in the counting process. This isn’t hard and it isn’t partisan. It’s American. No one should ever have to question the integrity of our elections system and the credibility of its outcomes.

Georgia voters have shown all year that when the polls open, they will show up and break records. We expect the same for the runoffs, which is why election officials’ decision to cut the number of early vote locations in Cobb County in half is unacceptable. This plan will result in longer lines, longer wait times and more barriers to the basic right of casting a ballot. It’s especially disturbing that the voters who stand to be impacted the most are people of color. Cobb County must change course and restore the 11 early voting locations so that Georgians can participate in this critically important election.

Democrats won most state legislative elections and top statewide elections in Georgia throughout the 1900s:

Republicans won most state legislative elections and top statewide elections in Georgia throughout the 2000s:

The past two years:

The competitive Senate races of 2020 are two of a few examples demonstrating that, at least at the statewide level, Georgia elections have become competitive between the two parties.