We #SCOTUS so you don’t have to

The Supreme Court will begin its February sitting during the week of February 22 via teleconference with live audio. The court is conducting proceedings this way in accordance with public health guidance in response to COVID-19. SCOTUS will hear arguments in 11 cases for a total of six hours of oral argument.

Click the links below to read more about the specific cases before SCOTUS during the first week of its February sitting.

In 2013, Florida asked the U.S. Supreme Court for permission to file a complaint, claiming Georgia was using more than its equitable share of the Apalachicola-Chattahoochee-Flint (ACF) River Basin waters. Florida claimed its Apalachicola region needed more water to sustain its ecosystems and fishing industries and asked the court to cap Georgia’s consumption.

The case was first argued before SCOTUS on January 8, 2018, during the October 2017 term. On June 27, 2018, the court remanded the case back to the lower court in a 5-4 decision written by Justice Stephen Breyer. Click here for more information about that ruling.

The questions presented: Is Florida entitled to equitable use of the ACF River Basin waters and should its request for an injunction to force Georgia to allow an adequate flow of freshwater be sustained?

In Barr v. Dai, the 9th Circuit overturned the BIA and the immigration judge’s ruling, concluding Dai was entitled to withholding of removal proceedings. In Barr v. Alcaraz-Enriquez, the 9th Circuit granted the appeal in part and remanded the case to the BIA to reconsider Alcaraz-Enriquez’s withholding of removal claim. The U.S. government appealed to the U.S. Supreme Court.

The questions presented: “1. Whether a court of appeals may conclusively presume that an asylum applicant’s testimony is credible and true whenever an immigration judge or the Board of Immigration Appeals adjudicates an application without making an explicit adverse credibility determination.

“2. Whether the court of appeals violated the remand rule as set forth in INS v. Ventura, 537 U.S. 12 (2002) (per curiam), when it determined in the first instance that respondent was eligible for asylum and entitled to withholding of removal.”

In Sonoma, California, Arthur Lange was driving home. California highway patrol officer Aaron Weikert pursued Lange to conduct a traffic stop and followed him to his home. Once Lange pulled into his driveway, Weikert activated his overhead lights. Lange alleged he did not see Weikert and closed his garage door behind him. Weikert entered the garage, stated he smelled alcohol on Lange’s breath and charged Lange with a misdemeanor offense–driving under the influence.

At trial, Lange claimed Weikert’s entry into his home violated the Fourth Amendment since Weikert did not have a warrant to enter the home. Lange’s attorney moved to suppress a video recording of the incident. The trial court concluded the officer had probable cause, denied the motion to suppress, and convicted Lange. Later, a civil court ruled Lange’s arrest was unlawful and an appellate court ruled the arrest was lawful. On appeal to the California First District Court of Appeal, the court affirmed the conviction.

The question presented: “Whether the pursuit of a person whom a police officer has probable cause to believe has committed a misdemeanor categorically qualifies as an exigent circumstance sufficient to allow the officer to enter a home without a warrant.”

SCOTUS has not issued any additional rulings since our February 8 issue. The court has issued 15 opinions in cases so far this term. 31 cases are still under deliberation.

SCOTUS has not granted review in any additional cases since our February 8 issue.

Who is the longest-serving Supreme Court justice to date?

The federal judiciary currently has 62 vacancies. As of publication, there were no pending nominations.

Or, if you prefer, we also maintain a list of individuals nominated by the president.

This edition of Bold Justice marks the beginning of our journey back in time to review federal judicial nomination activity during previous presidential administrations. Today, we’re taking a look at President Donald Trump’s (R) judicial nominees. 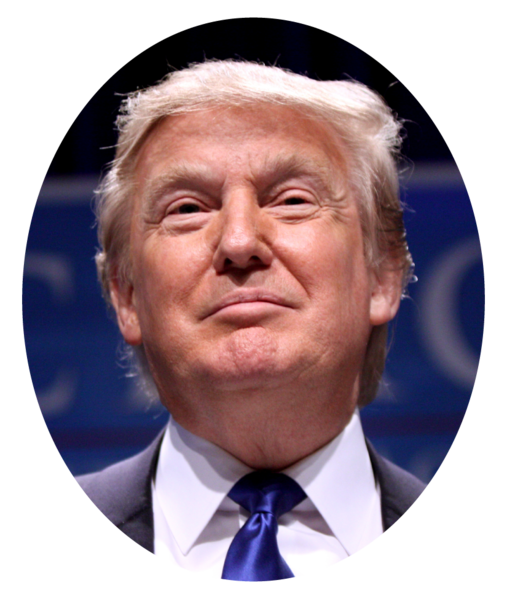 During his term of office, President Trump nominated 274 individuals to federal judgeships. Trump made 245 judicial appointments where the nominee joined the court. Of those appointments, 234 were Article III judges. Among the most notable of these are Supreme Court justices Neil Gorsuch, Brett Kavanaugh, and Amy Coney Barrett.

When Trump assumed office in January 2017, he inherited 108 life-term vacancies out of 870 total Article III judgeships (12.41%), the second-highest number of such vacancies since the inauguration of President Bill Clinton (D) in January 1993. Of his six immediate predecessors, Trump was the only president who inherited a vacancy on the U.S. Supreme Court. The last president to inherit a SCOTUS vacancy was James Garfield, who took office in 1881.

Of his Article III appointees–not including Supreme Court nominations–Trump appointed 54 judges to the United States Courts of Appeal, 174 judges to federal district courts, and three judges to the U.S. Court of International Trade.

We’ll be back on March 1 with a new edition of Bold Justice. Until then, gaveling out!

Kate Carsella compiled and edited this newsletter, with contributions from Sara Reynolds and Jace Lington.