The Supreme Court will finish its February sitting this week and is scheduled to begin its next sitting on March 22. To date, each of the 2020-2021 term’s sittings have been conducted via teleconference with live audio, based on public health guidance in response to COVID-19.

Click the links below to read more about the specific cases SCOTUS will hear this week.

Arthrex, Inc., challenged the validity of the appointments of the administrative patent judges (APJs) who ruled against it in a patent dispute. The Federal Circuit ruled in favor of Arthrex on appeal, holding that APJs were principal officers of the United States and that the Secretary of Commerce’s judicial appointments violated the Appointments Clause of the U.S. Constitution. To resolve the constitutional issue, the Federal Circuit severed the APJs removal protections in order to make them inferior officers, making it easier for the Director of the U.S. Patent and Trademark Office to fire them. The U.S. government appealed the decision to the U.S. Supreme Court, arguing the Federal Circuit was wrong about the APJs’ status as principal officers, and that the court should not have severed the removal protections.

“1. Whether … administrative patent judges of the U.S. Patent and Trademark Office are principal officers who must be appointed by the President with the Senate’s advice and consent, or “inferior Officers” whose appointment Congress has permissibly vested in a department head.

“2. Whether, if administrative patent judges are principal officers, the court of appeals properly cured any Appointments Clause defect in the current statutory scheme prospectively by severing the application of 5 U.S.C. 7513(a) to those judges.”

According to the petition filed in the case, Arizona’s out-of-precinct policy means that ballots cast in person on Election Day outside voters’ assigned precincts are not counted. Arizona’s ballot-collection law prohibits a person other than the voter, a family member, the U.S. Postal Service, or election officials, from handling absentee or mail-in ballots.

In October 2017, the district court held a trial on the merits, ultimately ruling in Arizona’s favor. On appeal, a divided 9th Circuit panel affirmed the district court’s ruling. In a rehearing, the 9th Circuit reversed the panel’s decision. Arizona Attorney General Mark Brnovich (R), in his official capacity, and the Arizona Republican Party, appealed to the U.S. Supreme Court.

Willie Carr was denied Social Security disability benefits and lost his appeals before the Social Security Administration (SSA). While his appeal was pending in federal court, the U.S. Supreme Court decided Lucia v. SEC, in which the court held that SEC ALJs were improperly appointed. Carr added the Lucia decision to his appeal that the SSA ALJ who decided his benefits case was improperly appointed. The U.S. District Court for the Northern District of Oklahoma ruled in Carr’s favor, but the 10th Circuit reversed the ruling, holding that Carr needed to make his Appointments Clause challenge during proceedings at the SSA and could not raise the issue for the first time in federal court.

Click the following links to preview the cases on the docket for the court’s March sitting:

SCOTUS accepted five cases since our February 22 issue, the first cases to be granted review for the court’s 2021-2022 term.

At issue is whether the U.S. Department of Homeland Security (DHS) violated the Administrative Procedure Act (APA) and federal immigration law when it issued its 2019 final rule that expanded the definition of who qualifies as a public charge–a category of people inadmissible to the United States.

The case originated from the U.S. Court of Appeals for the 2nd Circuit. The court ruled against DHS and held that the agency likely violated federal law and the APA. DHS appealed to the U.S. Supreme Court, arguing that it had the legal authority to make a public charge rule and those challenging the rule lacked standing. Click here to learn more about the case’s background.

In November 2015, Monroe County, Tennessee, Sheriff’s Department plainclothes investigator Conway Mason approached William Wooden and Janet Harris’ residence as part of a search for fugitive Ben Harrelson. Mason asked to enter the home to stay warm. Wooden allowed him entry while he went to find Harris. Wooden retrieved a firearm in the hallway. Mason knew Wooden had previously been convicted of felony offenses. Officers advised Wooden to put down the weapon, and he complied. Officers then confiscated the firearm, searched the home, and discovered two more guns along with ammunition.

In U.S. district court, Wooden was charged with being a felon in possession of firearms. Wooden requested the evidence discovered during the search be excluded from trial because the officers entered his home without a warrant and without his consent in violation of the Fourth Amendment. The Eastern District of Tennessee rejected his motions.

At sentencing, Wooden was charged under the ACCA due to his previous felony convictions. Wooden argued his previous convictions were not predicate offenses under the ACCA. The district court disagreed and on appeal, the U.S. Court of Appeals for the 6th Circuit affirmed the lower court’s ruling. Click here to learn more about the case’s background.

SCOTUS issued one opinion since our February 22 issue. The court has issued 16 opinions in cases so far this term. Four cases were decided without argument.

The court issued an opinion in the case Brownback v. King, which concerned the judgment bar of the Federal Tort Claims Act (FTCA). The case originated from the U.S. Court of Appeals for the 6th Circuit and was argued before SCOTUS on November 9, 2020.

In 2014, James King violently resisted arrest after being stopped by FBI Special Agent Douglas Brownback and Grand Rapids Police Department Detective Todd Allen. King was tried and acquitted of charges of assault with intent to do great bodily harm, aggravated assault of a police officer, and resisting arrest. He then sued the United States under the FTCA and Bivens v. Six Unknown Named Agents of Federal Bureau of Narcotics (1971). The U.S. District Court for the Western District of Michigan held that Brownback and Allen had not violated King’s constitutional rights under Bivens. The district court also denied King’s FTCA claims. On appeal, the 6th U.S. Circuit Court of Appeals reversed the district court’s ruling, holding that the plaintiff’s FTCA claims did not trigger the judgment bar and that King could sue.

On appeal, Brownback and Allen presented the following questions to the U.S. Supreme Court:

“Whether a final judgment in favor of the United States in an action brought under Section 1346(b)(1), on the ground that a private person would not be liable to the claimant under state tort law for the injuries alleged, bars a claim under Bivens v. Six Unknown Named Agents of Federal Bureau of Narcotics, 403 U.S. 388 (1971), that is brought by the same claimant, based on the same injuries, and against the same governmental employees whose acts gave rise to the claimant’s FTCA claim.”

In a unanimous ruling, the U.S. Supreme Court reversed the 6th Circuit’s ruling and held that the Western District of Michigan’s order in the case was a judgment based on the merits, triggering the judgment bar and disqualifying the plaintiff’s claims against the federal officers.

Where did the Supreme Court first assemble?

a) The Library of Congress in Washington, D.C.

b) The United States Supreme Court building in Washington, D.C.

The federal judiciary currently has 63 vacancies. As of publication, there were no pending nominations.

We also maintain a list of individuals nominated by the president. 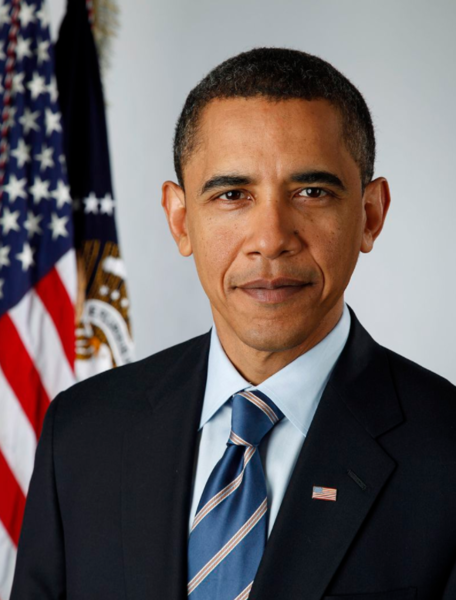 During his two terms in office, President Obama made 334 judicial appointments. Of those appointments, 329 were Article III judges. Among the most notable are Supreme Court justices Sonia Sotomayor and Elena Kagan.

When President Obama assumed office in January 2009, he inherited 54 life-term vacancies out of 871 total Article III judgeships (6.20%), the fourth-highest vacancy percentage since the inauguration of President Ronald Reagan (R) in January 1981.

Of his Article III appointees–not including Supreme Court nominations–Obama appointed 55 judges to the United States Courts of Appeal, 268 judges to U.S. district courts, and four judges to the U.S. Court of International Trade.

We’ll be back on March 8 with a new edition of Bold Justice. Until then, gaveling out!

Kate Carsella compiled and edited this newsletter, with contributions from Sara Reynolds and Jace Lington.