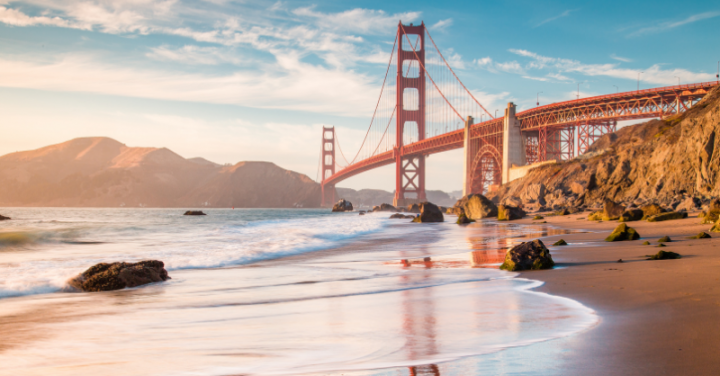 Our weekly summary of state & local news highlights an update in the recall election targeting California Gov. Gavin Newsom and a Florida school district requiring masks in schools, violating the governor’s executive order. Read all about it in this week’s edition of the State & Local Tap.

Thirty-six statewide measures have been certified for the 2021 ballot in eight states so far.

Fifty-six statewide measures have been certified for the 2022 ballot in 26 states so far.

Fifty-one state legislative special elections have been scheduled in 18 states so far this year. Thirty-five (35) specials have taken place already. Heading into those races, Democrats controlled 15 of the seats, and Republicans controlled 20. One seat flipped from Democratic control to Republican control.

For the position 9 council seat, which González currently holds, Creative Justice executive director Nikkita Oliver and Fremont Brewing co-owner Sara Nelson advanced with 40.2% and 39.5% of the vote, respectively. Thomas came in third with 13.4%.

Incumbent Teresa Mosqueda is running for re-election to the position 8 seat. She advanced from the primary with 59.4% of the vote and faces Kenneth Wilson in the general election. Wilson received 16.2% of the vote.

In the city attorney election, Nicole Thomas-Kennedy and Ann Davison advanced after incumbent Pete Holmes conceded on August 6, 2021. Thomas-Kennedy received 36.4% of the vote, followed by Davison with 32.7% and Holmes with 30.6%

General elections in Seattle are on Nov. 2.

Recall election for Montana sewer district to be held Aug. 24

A recall election seeking to remove two of the five board members for the Sanders County Sewer District in Montana is being held on Aug. 24. Board President Sunny Chase and board member Rick McCollum are on the ballot.

The recall effort was started by a group of residents who opposed putting a sewer system in Paradise, Montana. The board voted in favor of the sewer project in May 2020. The town received a $3.5 million grant to help cover the cost of the project and took out a loan of $770,000 from the U.S. Department of Agriculture Rural Development to cover the rest of the cost.

In reaction to the recall effort, Chase said the board had gone through the process of putting in a sewer system in good faith and that she saw it as a necessity for the town.

To get the recall on the ballot, supporters had to submit signatures equal to 15% of registered voters in the town of Paradise. The petitions were submitted with 43 signatures, which was over the threshold.

A special election was held on Aug. 17 for District 36 of the Connecticut Senate. Ryan Fazio (R) defeated Alexis Gevanter (D) and John Blankley (I) in the general election. Unofficial results had Fazio winning with 50.1% of the vote. Gevanter and Blankley earned 47.6% and 2.3% of the vote, respectively. Fazio will serve for the remainder of the term ending in January 2023.

The seat became vacant after Alex Kasser (D) resigned effective June 22, citing her ongoing divorce proceedings as the reason for her resignation. Kasser was elected in 2018, earning 50.4% of the vote and defeating incumbent Scott Frantz (R). She won re-election in 2020 with 51.4% of the vote.

Heading into the special election, Democrats had a 23-12 majority in the Connecticut Senate with one vacancy. Connecticut has a Democratic state government trifecta, holding the governor’s office and majorities in both state legislative chambers.

Fazio’s win marked the first flipped seat as a result of 2021 state legislative special elections. In special elections between 2011 and 2020, one party (either Republicans or Democrats) saw an average net gain of four seats nationally each year.

Aug. 16 was the deadline for California counties to mail ballots to all registered voters for the Sept. 14 recall of Gov. Gavin Newsom (D). Voters who are not currently registered but wish to do so may register by Aug. 30 to vote in the recall election.

Newsom was elected as governor in 2018 with 61.9% of the vote. Orrin Heatlie began this recall campaign on June 10, 2020. It was the fifth of six recall petitions filed against Newsom since 2019.

This comes after Broward and Alachua County school boards also voted to require masks in schools on Aug. 10. Following a meeting on Aug. 17, the state Board of Education voted to pursue sanctions against those districts, which could include the withholding of funds or the removal of school officials, as outlined in Gov. Ron DeSantis’ July 30 executive order that banned local authorities from enacting mask requirements in schools.

On Aug. 18, President Joe Biden (D) announced the Department of Education would deter state policies banning school mask requirements, possibly by legal action. Several court cases are already underway in Florida regarding the school mask requirement ban, including one in Leon County where parents have filed suit, alleging the ban violates the state constitution by making schools unsafe and violating county self-governance. Attorneys for the state of Florida filed a motion to dismiss the lawsuit, with a hearing to be held on Aug. 19.

The Virginia Redistricting Commission voted on Aug. 16 to officially begin the state’s redistricting process on Aug. 26. The commission is expected to receive data that an outside consultant is reformatting by that date. The U.S. Census Bureau released block-level data from the 2020 census on Aug. 12.

Also, the Ohio Redistricting Commission announced on Aug. 13 that it had scheduled 10 public hearings across the state. The hearings will take place at 9:30 a.m. and 2:30 p.m. daily between Aug. 23 and Aug. 27 at eight colleges and universities.