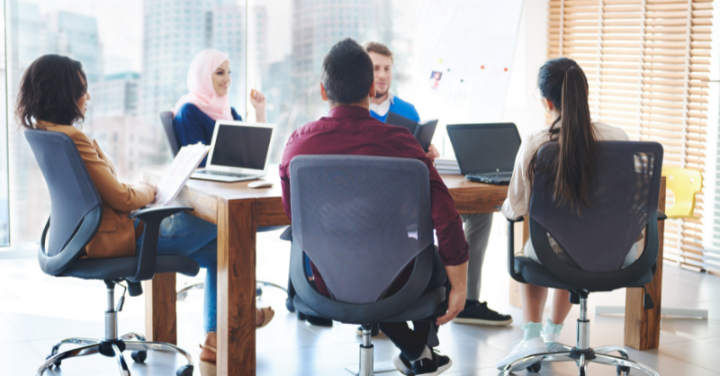 On August 18, SEC Chairman Gary Gensler tweeted to explain to investors, asset managers, and corporations what is next on the SEC’s ESG agenda. He wrote:

“Investors want to better understand one of the most critical assets of a company: its people.

This could include a number of metrics, such as workforce turnover, skills and development training, compensation, benefits, workforce demographics including diversity, and health and safety.”

For the last few months, ESG advocates have focused on expanding the nature of disclosures on which corporations should concentrate, arguing that the “E” (environmental) aspect of ESG should not be allowed to overwhelm the “S” (social) aspect.

According to Bloomberg, Chinese companies are resisting the global trend toward sustainability-target-linked debt. Most of the rest of the world—and most of the rest of Asia—have embraced debt instruments that adjust interest rates in accordance with measured compliance with ESG metrics and promises (i.e. the closer you are to the metric, the lower your rate; the further you are, the higher the rate). Bloomberg speculates on the reasons for the resistance from Chinese-based companies:

“Chinese firms are lagging their regional peers in a key funding method to meet sustainability goals, even as the world’s second-biggest economy pushes to become carbon neutral by 2060.

So-called sustainability-linked loans usually offer creditors extra margins if borrowers fail to meet their environmental goals, giving firms an incentive to make an extra effort. While the volume of such debt has climbed at a record pace in the rest of Asia Pacific, few deals are being done in China….

The volume of sustainability-linked loans is floundering in China partly because, in a market that’s keenly focused on official pronouncements, policy makers have said little about them even while encouraging other forms of sustainable financing. Guidelines for environmental lending by the People’s Bank of China released in late May emphasized green borrowings, for example, while not mentioning sustainability-linked debt.

Chinese borrowers may also be reluctant to risk harming their green reputation by missing targets specified by the loans.”

Over the weekend, the Federation of Korean Industries (FKI) released its analysis of a recent Sustainalytics report tracking the ESG risks of thousands of companies around the world. According to FKI, the report demonstrates that Asian companies are considered to have higher ESG risks, trailing European countries significantly:

The FKI released an analysis of the ESG Risk Ratings of 3,456 companies around the world released earlier this month by research company Sustainalytics. The FKI used raw data from Sustainalytics for its “Global Companies ESG Risk Map.”

ESG risks refer to issues that could affect a company’s performance and value. A company’s ESG Risk Rating score can vary by different rating agencies because each weighs factors differently….

The UN’s climate report and ESG

Earlier this month, the United Nation’s Intergovernmental Panel on Climate Change released a summary of the first part of its latest report on climate change. It is already having an effect on ESG investment professionals:

“The assessment by the Intergovernmental Panel on Climate Change, released on Monday, should prompt investors to “review their commitments to tackling climate change and to take action,” said Fiona Reynolds, chief executive of the UN-backed Principles for Responsible Investment….

Praxis Mutual Funds, one of the oldest socially responsible investment firms, which manages about $2 billion, said the IPCC report shows the need to move faster in the short-term and invest in green debt that can have greater real-world impacts. “It changes the calculus,” said Chris Meyer, manager of stewardship investing research and advocacy. “We will need to have a sharper focus. This report shows that investors aren’t moving quickly enough.”…

Schroders is among the fund managers that have committed to establishing a pathway to net zero. The adoption of these goals hasn’t yet led to lowered emissions, as the IPCC report makes clear. “Finance alone cannot solve the climate threat. This is ultimately a question of every group making significant and sustained steps to cut emissions,” said Andy Howard, the head of sustainable investment at Schroders. “Anyone looking at the same picture and data must surely reach a similar conclusion.”

With the scientific consensus now making clear that the average global temperature is very likely to rise at least 1.5° Celsius above pre-industrial levels by 2040, investors may need to pay even more attention to their contribution to limiting warming. That’s where temperature-alignment metrics come in. These grade portfolios based on their holdings’ projected greenhouse gas output.

It can be helpful “in evidencing what is a fair share that a given company needs to be doing to meet the carbon budget and how exposed companies may be to value impact from the transition,” said Christopher Kaminker, head of sustainable investment research and strategy at Lombard Odier Group.”

The perceived conflict between those who now feel that ESG investors must be more committed than ever to addressing what they describe as a climate crisis and those who (as documented above) believe that ESG can and should focus more on social impact and social justice will present investors with both uncertainties and opportunities, according to Pensions & Investments:

“It is possible for investors to meet the challenge raised in the IPCC report, said Gordon L. Clark, professorial fellow at Oxford University’s Smith School of Enterprise and the Environment. “The climate crisis presents an enormous opportunity for investors with a 15-, 20-, or 30-year horizon. It is an opportunity that long-term investors will embrace and are embracing. You see that already in U.K. and European pension funds” investing in alternative energy solutions, Mr. Clark said. “It is incumbent on pension trustees to invest in the future.””

One ESG tactic highlighted recurrently in this newsletter is the application of alignment theory to ESG performance. For decades, companies have rewarded—or punished—managers and directors for business performance by linking their compensation to their companies’ success (or lack thereof). Most commonly, executives and others have been compensated with shares in their company, meaning that they will be rewarded if the company does well and attracts investment and will do poorly if the inverse occurs. Over the past year or so, many companies have begun moving alignment theory in a different direction, tying executive compensation to performance on ESG measures instead of (or in addition to) stock-market performance.

In Europe, this trend has taken a new dimension, focusing on the financial industry’s role in advancing ESG, as Bloomberg reports:

“European bankers will soon have to show they’re contributing to a cleaner environment, a better society and good governance — or face a smaller pay package.

In the latest sign that ESG is reshaping finance, most of the 20 major European banks surveyed by Bloomberg said they were either working on, or already had, a model that links staff remuneration to a firm’s performance on sustainability metrics. That’s as European regulators explicitly add ESG risks to pay guidelines, with the change due to take effect by the end of 2021.

Nicole Fischer, who advises German financial institutions on pay at Willis Towers Watson, said the industry is now “in a transformation phase where ESG is being anchored firmly in remuneration.”

The development opens another avenue through which policy makers in Europe are trying to redefine capitalism. The ultimate goal, ideally, is to make it financially attractive to be good.”