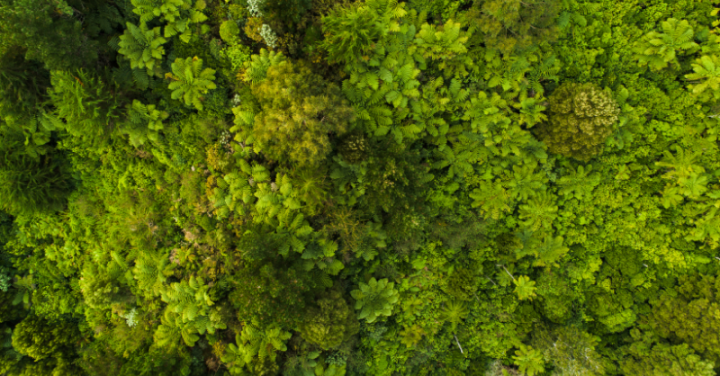 As was noted in last week’s newsletter, the SEC is investigating DWS (the asset management arm of Deutsche Bank) for alleged ESG-related fraud—claims DWS rejects. Many ESG observers believe that the DWS probe is the beginning of a larger SEC crackdown on potentially deceptive ESG promises. On September 1, for example, Bloomberg Green noted the following:

“Pressure is increasing on managers of ESG-labeled investment funds to show they’re being truthful with customers about what they’re selling.

The heat was really turned up last week when the U.S. Securities and Exchange Commission and BaFin, Germany’s financial regulator, initiated a probe into allegations that Deutsche Bank AG’s DWS Group asset-management arm has been misstating the environmental—and possibly the social—credentials of some of its ESG-labeled investment products. Regulators have signaled the review is at an early stage, and DWS has rejected claims it overstated ESG assets.

Since then, researchers have raised questions about the credentials of money managers who claim they are marketing funds designed to address the climate crisis and social injustice.

A London-based nonprofit called InfluenceMap said more than half of climate-themed funds are failing to live up to the goals of the Paris Agreement….

InfluenceMap found that 55% of funds marketed as low carbon, fossil-fuel free and green energy exaggerated their environmental claims, and more than 70% of funds promising ESG goals fell short of their targets.

The SEC formed a task force in March aimed at investigating potential misconduct related to companies’ sustainability claims. Gary Gensler, who took over the agency in April, has said his staff is working on a rule to boost climate disclosures by stock issuers, and that the regulator remains focused on ESG issues.”

On September 3, Bloomberg’s market-news division reported that asset management firms didn’t have to wait long to learn whether DWS would be a one-off investigation or the start of a trend on the federal government’s part:

“U.S. regulators have long said they’re dubious about the green and socially conscious labels that Wall Street applies to $35 trillion in so-called sustainable assets. Now, the watchdogs are hunting for proof that they’re right.

For several months, Securities and Exchange Commission examiners have been demanding that money managers explain the standards they use for classifying funds as environmental, social and governance-focused, said people familiar with the matter. The review is the SEC’s second into possible ESG mislabeling since last year — showing the issue is a priority for the agency and a reason for the industry to worry about a rash of enforcement actions.

The SEC is following the money: Few businesses are booming in high finance like sustainable investing, as governments, pension plans and corporations all seek to lower their carbon footprints and be better public citizens. Amid the rush for dollars, more and more ESG insiders have started sounding alarms that a lot of the marketing is hype, a term known in the industry as greenwashing.

Letters that the SEC sent out earlier this year point to some of the agency’s top concerns, said the people who asked not to be named because the correspondence isn’t public.

Investment advisers were asked to describe in painstaking detail the screening processes they use to ensure assets are worthy of ESG designations, one of the people said. The SEC also wants to know how firms are grappling with different jurisdictions’ requirements. For instance, Europe has specific standards that money managers must adhere to in making sure assets are green or sustainable. But in the U.S., it’s much murkier.

Another SEC query sought information about ESG compliance programs, policies and procedures, a different person said. The SEC additionally asked about statements made by managers in their marketing materials or regulatory filings.

Both of these stories followed an August 26 piece published by MarketWatch (a Dow Jones & Company financial news site), also suggesting that the DWS matter would be the start of a something longer:

“This is the first of many more to come,” Amy Lynch, a former SEC regulator and president of FrontLine Compliance, told MarketWatch. “The SEC has been letting the industry know that this is an area they’re looking into for the past year. They’ve given every warning.”…

Under the chairmanship of Gary Gensler, the SEC has made it a top priority to regulate what public companies must disclose about risks related to climate change and the environment, new information about its workforce policies and other policies that impact social issues.

At the same time, it has telegraphed its intention to hold investment managers responsible for clearly disclosing the principles they use to develop sustainable investment funds.

“When it comes to sustainability-related investing…there’s currently a huge range of what asset managers might mean by certain terms and what criteria they use,” Gensler said in a speech last month. “I think investors should be able to drill down to see what’s under the hood of these funds.”

Meanwhile, in the United Kingdom

On September 5, London’s Mail on Sunday newspaper reported that British Prime Minister Boris Johnson has decided to heed the advice of Tariq Fancy’s advice to make climate change finances issues a government matter, while, at the same time, maintaining the idea that investments can power a more sustainable economy. Fancy is a former CIO for sustainability at BlackRock, who has spoken publicly about his belief that ESG investing is, at best, in his view, what he describes as a dangerous distraction. The paper reported that:

“Boris Johnson will meet pension and insurance bosses in Downing Street next month to thrash out plans to channel billions of pounds of retirement funds into ‘green’ projects.

A source said there will be in-depth discussions about how pension cash can be diverted into initiatives such as installing solar panels in homes and providing charging points for electric cars.

More than £1trillion is sitting in defined contribution pensions – including workplace schemes.

The Government is hoping to unlock more of this to invest in Britain’s green economy and ‘build back better’ initiative. Another £2trillion is in annuities and defined benefit schemes.

The agenda is expected to include more detail on funnelling pension money into various projects to reach ‘net zero carbon’ by 2050 – the commitment to reduce greenhouse gases to offset carbon emissions in order to combat climate change.

Sources said the trade body the Association of British Insurers is separately meeting with City Minister John Glen this week to talk over the new push.

A source said: ‘This needs a scheme, and the Government is probably best placed to do it because you need a supply chain lined up including investment and the people to implement projects. There is a need to coordinate and get the right types of projects going.’

But the plans are expected to spark controversy as many of these investments are illiquid – meaning they are difficult to buy and sell – which could leave pension savers with some of their cash trapped in assets.”

For much of its history, ESG has been nearly synonymous with the idea of what is often called by its advocates sustainable investing. However, according to a recent study by Cerulli Associates, an American asset management research company based in Boston, when affluent American retail investors identify the factors that most influence their investment decisions, they prefer companies that pay what they deem are fair wages over companies that are keenly environmentally aware. It’s not that they don’t appreciate environmental friendliness, according to the study. It’s just that they appreciate what they deem the fair treatment of workers more:

“While the majority (53%) of affluent respondents indicate that investing in an environmentally responsible firm is important to them, 65% of respondents favor investments in companies that pay their workers a fair/living wage. “This result highlights one of the biggest challenges in promoting ESG or sustainable investing products,” says Smith. “When presented with these offerings, investors and advisors get hung up on the ‘E’ and rarely consider the ‘S’ or ‘G.’” Particularly notable in these results are indications of interest 16 to 25 percentage points higher among respondents in the three oldest cohorts compared with their overall ESG interest levels.”