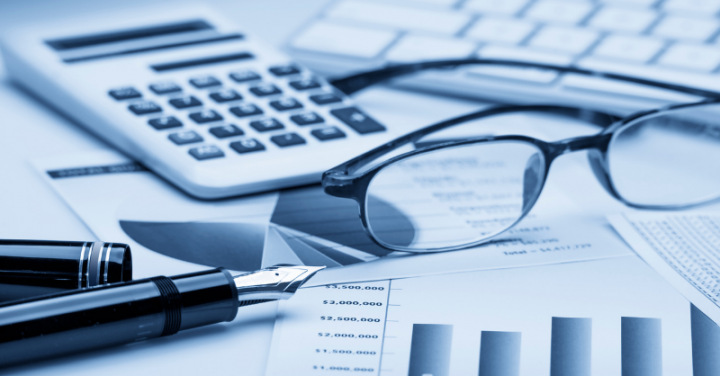 In the July 21 edition of this newsletter, we noted that the Saudi “sovereign wealth fund reportedly has begun the process of developing ESG reporting standards that will, presumably, allow it to raise greater funds in the global debt market.” We cited Reuters as follows:

“The Public Investment Fund (PIF) sent a request for proposals to banks last month, said the four sources with direct knowledge of the matter, speaking anonymously because the matter is private.

PIF – at the centre of Saudi de facto ruler and Crown Prince Mohammed bin Salman’s Vision 2030 that aims to wean the economy off oil – has been funding itself in recent years with tens of billions of dollars in loans.

One of the sources said developing an ESG framework was likely a precursor for a multibillion dollar bond sale, which would be the Saudi wealth fund’s first.”

Last Wednesday, Reuters reported that the Saudis have made some decisions and have decided to move forward with the PIF ESG initiative:

The hydrocarbon-rich Gulf has seen a surge of interest in ESG-related initiatives and deals amid growing awareness among global investors about ESG risks.

Reuters also reported last Monday that the government of Oman is also working on developing an ESG framework that would allow it to attract new investors/creditors:

“The government of Oman is working on an environmental, social and governance (ESG) framework which could allow the heavily indebted Gulf oil-producing country to widen its funding base, two sources familiar with the matter said.

The move comes as Oman works with the International Monetary Fund to develop a debt strategy after state coffers were hurt by low oil prices and the COVID-19 pandemic last year….

Work on developing an ESG framework is at its early stages, said one of the sources.

A second said that while it was not linked to specific debt issuance plans, it would prove useful to tap ESG-focused investors in future fundraising exercises.”

PwC expanding its ESG services—and others join in

In the June 29 edition of this newsletter, we noted that PwC (Price Waterhouse Cooper) planned to get more heavily involved in ESG and, given this, “expects to add as many as 100,000 jobs worldwide and spend as much as $12 billion over the next five years to address the needs of clients in navigating the waters of ESG disclosures.”

On September 9, Accounting Today reported that PwC is significantly expanding its ESG services:

“PricewaterhouseCoopers is broadening its array of environmental, social and governance services to help clients deal with growing demands for sustainability and climate risk reporting and assurance on their disclosures….

Last month, PwC released its Next in Work Pulse Survey, which indicated that 42% of companies are planning to improve ESG reporting over the next few months in response to investors and other stakeholders….

“ESG is one of those topics that is high on the priority list of business leaders,” said Wes Bricker, vice chair and U.S. trust solutions co-leader at PwC. “It’s high on their priority list because it’s relevant to businesses and how they create value. Boards want to know how corporate strategies are incorporating a view about the impact on the environment, whether it’s carbon or water usage or plastics. They also want to know the human capital strategy, which is the essence of ESG. And boards want to understand management’s plans around how to govern all of this. Do they have high-quality information and reporting? We’re seeing companies increasingly are pledging very ambitious climate targets and plans.”…

PwC recently reorganized the firm into two areas — Trust Solutions and Consulting Solutions — to emphasize the concepts of trust and sustained outcomes. But Bricker sees ESG cutting across all the different service areas at the firm.

PwC is also expected to get involved in the International Financial Reporting Standards Foundation’s efforts to set up an International Sustainability Standards Board. “We will do our part in providing our best thinking about the structure for setting standards and the content of standards,” said Bricker. “For example, we have developed a relationship with the [Sustainability Accounting Standards Board] to deliver the first-of-a-kind XBRL taxonomy for SASB … . We’ll continue to do that with each of the standard-setters who look to us for our experience.””

Two weeks ago, on August 29, The Financial Times reported that other major accounting firms are, following PwC’s lead:

“The sustainability boom has moved trillions of dollars into environmental, social and governance funds and brought a new stakeholder-led agenda to corporate boardrooms.

Now the Big Four accounting firms are jumping on a bandwagon that offers two tempting opportunities: an expansion of what companies must account for, and a chance to rebrand a scandal-plagued profession as experts on climate change, diversity and winning consumers’ trust.

PwC put the booming demand for ESG advice at the heart of a $12bn investment plan it announced in June that will involve adding 100,000 employees and launching “trust institutes” to train clients in ethics….

Deloitte, in turn, announced a “climate learning programme” this month for its 330,000 employees. KPMG’s ESG work has included helping Ikea to analyse social and environmental risks linked to the Swedish furniture retailer’s raw materials, and advising on the first green bond issued in India.

Alongside EY, all four have been at the table as business groups try to thrash out new international standards for measuring sustainability….

The Big Four are responding in part to a rise in clients’ budgets for developing net zero emissions plans and other sustainability initiatives. Tracking nonfinancial metrics such as companies’ carbon footprints, and not simply their financial results, gives them a chance to generate more fee income and improve profit margins.

The introduction of standardised ESG reporting metrics for companies would also create more work for accountants. This will potentially be facilitated by the proposed International Sustainability Standards Board, a body that could be created by November to mirror the role the International Accounting Standards Board plays in setting financial reporting standards.

The Big Four are responding in part to a rise in clients’ budgets for developing net zero emissions plans and other sustainability initiatives. Tracking nonfinancial metrics such as companies’ carbon footprints, and not simply their financial results, gives them a chance to generate more fee income and improve profit margins.

The introduction of standardised ESG reporting metrics for companies would also create more work for accountants. This will potentially be facilitated by the proposed International Sustainability Standards Board, a body that could be created by November to mirror the role the International Accounting Standards Board plays in setting financial reporting standards.”

Deutsche Bank gets back in the ESG game, while JP Morgan seeks to boost ESG credentials

Despite the issues that its asset management arm, DWS, is having with U.S. regulators over what some have alleged are its fuzzy definitions of ESG-investments, Deutsche Bank has dived into the world of ESG-friendly repo offerings. Meanwhile, JP Morgan has decided that all financial instruments should be ESG-compliant. Bloomberg reported the following last Friday:

It’s the latest example of product proliferation in a market that’s moving much faster than regulators. JPMorgan Chase & Co. has already said it plans to attach environmental, social and governance labels to all forms of finance, as ESG derivatives start to become a market fixture. Deutsche says it intends to continue expanding its offering of ESG instruments….

For its green repo, Deutsche transferred securities to London-based asset manager M&G Investments. In return, the German bank received cash to fund its green asset pool, which includes renewable energy projects such as wind and solar power plants, as well as the improvement of energy efficiency in commercial buildings.

Deutsche says the transaction is the first of its kind in Europe. BNP Paribas SA has completed a similar deal with Agricultural Bank of China Limited.

Claire Coustar, Deutsche Bank’s global head of ESG for fixed-income and currencies, said the hope is that the green repo “will encourage more activity so that a new source of green finance can be developed for the industry, as well as a new asset class for investors.””

Concerning JP Morgan’s efforts, Reuters reports that the firm has hired a well-experienced ESG hand to help boost its credibility in the arena:

The bank created the position so it can communicate better on ESG with investors and research analysts, according to a note sent to analysts who cover JPMorgan. JPMorgan said in the note it is accelerating ESG efforts across the firm.

Bertinetti will report to Reggie Chambers, head of the bank’s investor relations.”

Glass-Lewis is one of the major Proxy Advisory Services, and has played a role in promoting ESG-related investor activism; although smaller than its principal competitor, ISS, Glass-Lewis is considered one of the chief forces behind ESG.

“We will only be able to use the best conditions [of ESG] if we ourselves change — and I’m speaking first and foremost about our own company…This is about culture, it’s about leadership culture.”