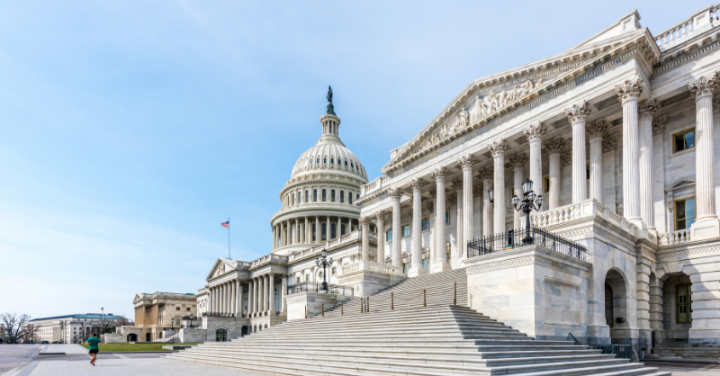 U.S. Senator Marco Rubio (R-Fla.) on September 23 introduced the Mind Your Own Business Act, which would allow a company’s shareholders to sue the company if it adopts policies that shareholders claim are not in the company’s best interest. The legislation aims to address the corporate adoption of what Rubio describes as woke culture.

The Mind Your Own Business Act would require corporations to demonstrate that their actions support the best interests of their shareholders “in order to avoid liability for breach of fiduciary duty in shareholder litigation over corporate actions relating to certain social policies,” according to the legislation. If the bill becomes law, corporate directors and officers could be held liable in the event that corporate actions fail to align with shareholders’ best interests.

Putting the T (for taxes) in ESG

In a piece published by Bloomberg Tax, PwC’s Kathryn Kaminsky suggested that companies put “the ‘T’ in ESG.” She wrote:

“While tax may not be thought of as being at the forefront of this revolution, it has been involved from the beginning—and it’s accelerating. Investors are not only asking about the sustainability of tax rates, but internal governance and tax risk monitoring too. The number of rating agencies ranking companies for environmental measures and tax is increasing as well. As is the number of voluntary sustainability reporting boards, such as the Global Reporting Initiative (GRI) and the International Business Council (IBC). And earlier this year, the Securities and Exchange Commission (SEC) issued a request for input on climate change disclosures.

In this new era when everyone is talking about ESG, it’s important to understand how tax fits into the larger picture. Considering tax early and often can provide a strategic advantage for businesses and their stakeholders….

It’s important for companies to tell one comprehensive business story, especially around complex, sometimes non-intuitive data (tax reports!). This helps to meet stakeholder needs and expectations and ensures that the data is presented in the right context….

Tax is complicated and often nuanced. Professionals need to understand the legal and regulatory landscape while also working to hold both shareholders and stakeholders in mind. Considering stakeholders and shareholders is not an either/or proposition—it’s an “and” opportunity. ESG creates an opportunity for tax professionals to restart that conversation. Right now, regulators and companies are building ESG standards and practices. Let’s build tax standards along with it, building greater societal trust and resiliency in the process.”

Many ESG critics have claimed that ESG is “whatever you want it to be.” This is reflected in the variety among and discrepancies between various ESG ratings (which is why many critics advocate for standardization among rating agencies). If one of the major accounting agencies is advocating for taxes to be part of the ESG calculation, then it is likely that the other three, not to mention various governments, are interested in the perceived sustainability of corporate tax practices. It is also likely—given the differences in their probable perspectives on the importance of corporate tax behaviors​​—that these various stakeholders will define sustainability quite differently. And that means, in turn, that personal definitions of ESG might continue to vary significantly.

In last week’s edition of this newsletter, the final subject covered a long critique of ESG by Aswath Damodaran, a well-known finance professor at the Stern School of Business at New York University. This week, in the weekly-roundup edition of National Review Online’s “Capital Matters” column, the column’s editor, Andrew Stuttaford, examined Damodaran’s work in ESG in greater detail, noting, among other things, the professor’s comments on the amorphous definition of ESG. In a section on a note Professor Damodaran penned last year, Stuttaford notes that Damodaran, “highlights some of the various inconsistencies in the case being made for ESG. These include the lack of agreement over what the required standards should be.” He then quotes the professor as follows:

“what I find to be good or bad in a company will reflect my personal values and morality scales, and the choices I make will be different from your choices, and any notion that there will be consensus on these measures is a pipe dream.”

Stuttaford then concludes that these are:

“Wise words, but they are unlikely to weigh heavily with the SEC, which seems set on introducing as much standardization as it can in this area, as this can be the pathway for an activist SEC — and that, unfortunately, is what we have now — to, whether directly or indirectly, transform corporations into engines of societal change.”

Stuttaford’s analysis of Damodaran’s work is long and detailed and covers many of the professor’s additional concerns with ESG, including his belief that the entire project is so hot and so “irresistible” right now, in large part because of the money that it is making for its practitioners:

“Why is ESG being sold so aggressively? Because accountants, measurement services, fund managers & consultants are on the ESG gravy train, with stockholders & taxpayers paying. Corporate CEOs are buying into ESG, because it makes them accountable to no one.”

On September 15, Bloomberg ran a piece demonstrating, in a real-world example, how the confusion over ESG ratings can affect investment decisions and, unwittingly, promote companies that have environmental, social, and governance skeletons in their proverbial closets. In a piece about Golden Agri Resources Ltd., the newswire reported the following:

“In the impoverished West African country of Liberia, a unit of the world’s second-largest palm oil company has admitted to destroying forests and violating the rights of indigenous people. Yet its parent is among the industry’s leaders in investor ratings for environmental and social policies.

Golden Agri Resources Ltd. acknowledged in February that its Golden Veroleum Liberia (GVL) unit hadn’t done enough to compensate local residents for business practices that included razing part of one of the planet’s richest biodiversity regions. Among the company’s shareholders is BlackRock Inc., the world’s largest asset manager, whose chairman Larry Fink has made combatting climate change a focus for the $9.5 trillion of assets his firm manages….

The controversy surrounding Golden Veroleum surfaced three years ago when Friends of the Earth and the Sustainable Development Institute Liberia filed a complaint with the High Carbon Stock Approach, a body set up a decade ago by Golden Agri and environmental groups to develop a scientific way of evaluating tropical forests to curb deforestation and protect the rights of local people. HCSA’s members now include some of the world’s biggest food producers such as Unilever Plc and Cargill Inc.

Activists for the environmental groups had visited the area around Wiah’s Town, a ramshackle group of some 100 tin-roofed buildings strung along a red-dirt road an hour’s drive from the coast. Inhabitants say GVL promised to provide jobs and amenities such as piped water, but instead the company cut down the forest, deprived farmers of their land and polluted the water supply.

“GVL cleared the land of the Lower Kulu people called Blogbo land without our consent,” says Russels Kumon, 67, a retired teacher who returned to Wiah’s Town a few years after his country’s second civil war ended in 2003. “The whole place has been enclaved. We are just in the enclaved area, making farming and any other things difficult for us. The land has been destroyed.”…

At the heart of the problem for investors are the ESG scores, which are largely based on self-reported and unaudited information, lack consistency between ratings providers, and emphasize corporate policies and processes rather than impacts.

Even within those limits, many of the world’s top agricultural producers and wholesalers score poorly. Golden Agri has spent years trying to build an image as a producer of sustainable palm oil and topped the environmental list in 2019 after its rating rose to 4 from 0.9 in 2015, data compiled by Bloomberg show.”

In a September 15 analysis, The Wall Street Journal determined that the biggest winner in the ESG investment movement so far is BlackRock, Inc., the world’s largest asset management firm, with nearly $10 trillion in assets under management. According to the analysis:

“BlackRock Inc. BLK -0.18% has vaulted from fourth to first place in socially responsible fund assets in the past 18 months with a barrage of 29 launches of mutual funds and exchange-traded funds.

Long the No. 2 index mutual-fund and ETF manager behind Vanguard Group, BlackRock BLK -0.18% has gained ground thanks to its deep ties with institutional investors and a push to include its sustainable funds in model portfolios used by advisers with individuals as clients.

The blitz of new funds from BlackRock, led by iShares product chief Carolyn Weinberg, has helped quintuple assets in BlackRock’s sustainable mutual funds and ETFs to $58.8 billion in June, from $10.3 billion at the end of 2019, according to Morningstar….

In the past 18 months, BlackRock has nearly tripled its count of ESG funds to 46 from 16, with some big launches. One, the BlackRock U.S. Carbon Transition Readiness ETF (LCTU) which invests in companies well-prepared to benefit from the transition to a low-carbon economy, started in April with $1.2 billion from eight institutions led by the California State Teachers Retirement System. Some of its new funds screen more aggressively, like Vanguard’s, or focus on narrower themes like low carbon. In a line of iShares ESG funds launched last year, known as ESG Advanced, each fund excludes companies in 14 categories.”

BlackRock is aggressively promoting its ESG products to wealth advisers. “Advisers are taking a second look at sustainable investing,” a BlackRock webpage says, adding that “clients are asking for it.” And it warns: “Introduce it to your clients before somebody else does.””