Welcome to the October 4 edition of Bold Justice, Ballotpedia’s newsletter about the Supreme Court of the United States (SCOTUS) and other judicial happenings around the U.S.

It’s October and we all know what that means—the court is back in session! The October 2021-2022 term has begun. Let’s gavel in and see what’s on the docket, shall we?

Here’s a quick roundup of the court’s most recent noteworthy announcements since the September 13 edition of Bold Justice:

According to the clerk of court’s announcement:

The court also released new questioning procedures for oral argument for the 2021 term. At the end of each attorney’s time, the court will ask additional questions justice by justice, in order of seniority.

The court previously announced that it would hear oral arguments in person for the first time since March 4, 2020. Argument audio will be streamed live to the public, following the precedent set during the 2020-2021 term. Audio files and argument transcripts will be posted on the court’s website following oral argument each day.

SCOTUS has accepted five new cases to its merits docket since our September 13 issue. To date, the court has agreed to hear 39 cases for the 2021-2022 term. SCOTUS dismissed two cases after they were accepted. Nine cases have yet to be scheduled for arguments.

The Supreme Court will hear five hours of arguments this week. Click here to read more about SCOTUS’ current term.

The Judiciary Act of 1789 created the federal court system outlined in Article III of the U.S. Constitution. Article III only authorizes “one supreme Court,” but gives Congress the power to create “inferior Courts…from time to time.”

In addition to creating federal courts, the Act also created which of the following positions?

The Senate Judiciary Committee has reported five new nominees out of committee since our September 13 edition.

The Senate has confirmed five nominees since our September 13 issue.

The federal judiciary currently has 86 vacancies, 81 of which are for lifetime Article III judgeships. As of publication, there were 37 pending nominations.

According to the Administrative Office of U.S. Courts, there were 31 upcoming vacancies in the federal judiciary, where judges have announced their intention to leave active judicial status.

Hello, gentle readers! This installment of our journey through federal judicial history invites us to run some rum and cool our heels to the exuberant sounds of Louis Armstrong’s brass trumpet. Today, we visit the years between 1923 and 1929, highlighting President Calvin Coolidge’s (R) federal judicial nominees. 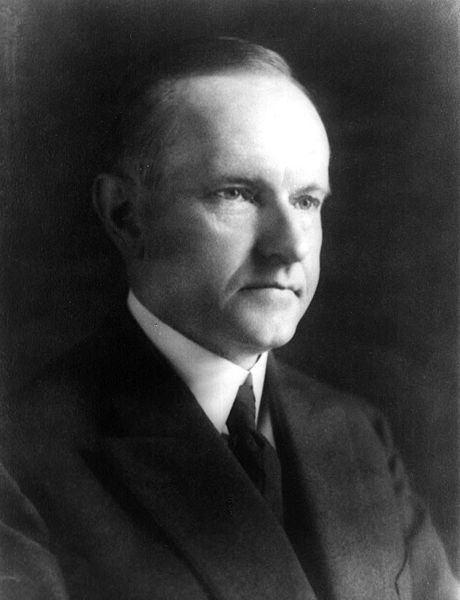 During his time in office, the U.S. Senate confirmed 88 of President Coolidge’s judicial nominees. The Senate did not vote on or rejected 14 of Coolidge’s nominees. One nominee declined the nomination and four nominees were withdrawn.

Among the most notable appointees was one Supreme Court Justice:

We’ll be back on October 12 with a new edition of Bold Justice. Until then, gaveling out!