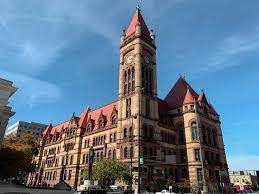 On Sept. 30, the Cincinnati City Council passed an emergency ordinance to fix an error in the legal text of Issue 3 on the Nov. 2 ballot. The error would have made Issue 3 increase city council pay instead of decreasing it.

The city council’s Sept. 30 emergency ordinance states that the language in the initiative petition text (household) controls and will set the effective salary level if Issue 3 is approved.

According to the City Solicitor Andrew Garth, the error came about when a draft of the initiative text was sent to the city solicitor that had the word family instead of household. City staff drafted the initial ordinance based on that draft of the initiative text. However, initiative proponents had edited the petition text to change that one word before collecting signatures for the initiative. Initiative sponsors, city staff, and the board of elections did not notice the one-word difference until after the language was approved for the ballot on Sept. 16.

State Representative and city council candidate Tom Brinkman sponsored the initiative. In addition to the change to city council pay, the measure would