Welcome to the Wednesday, October 6, Brew. 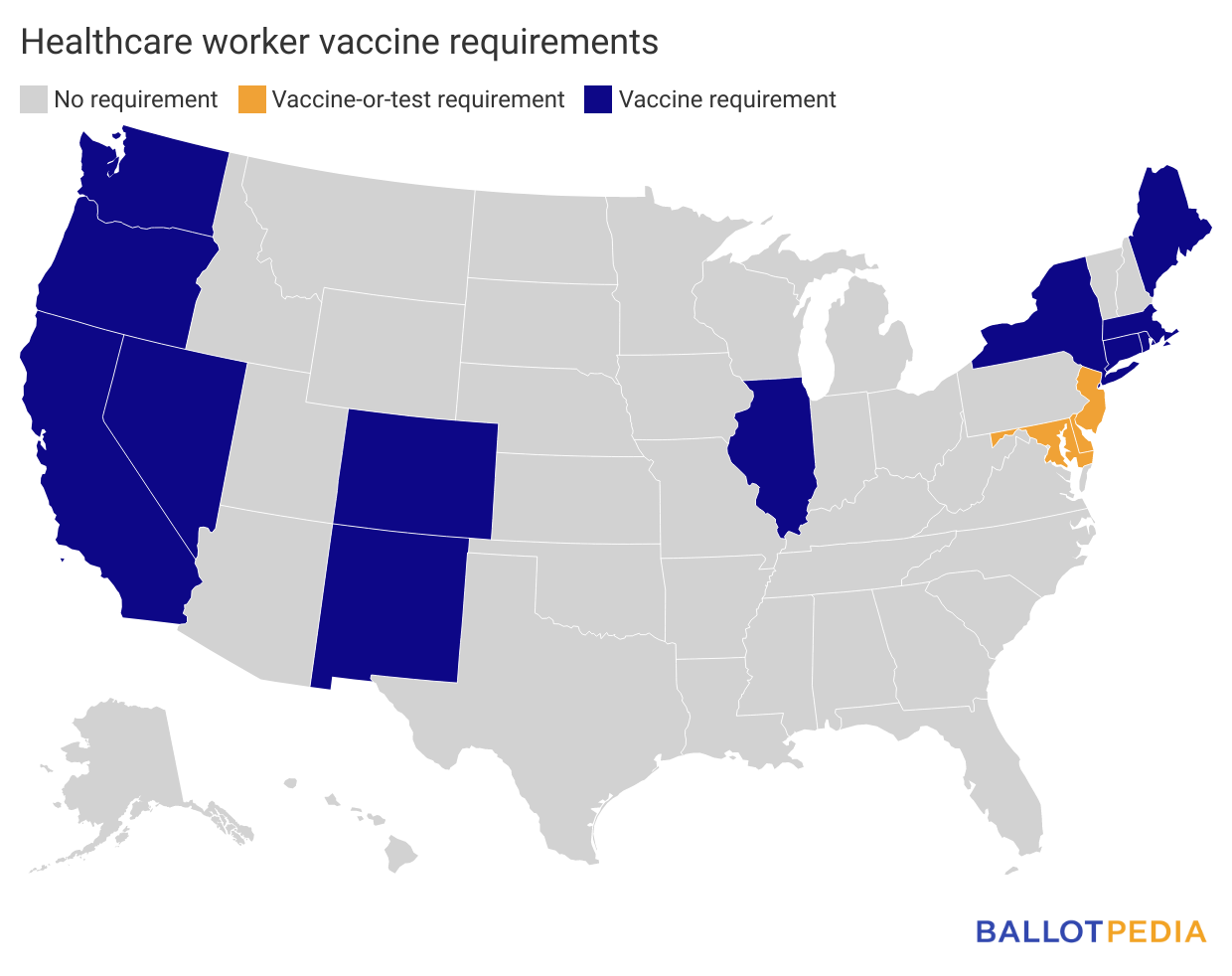 Thirteen of those states have a Democratic trifecta. In Maryland and Massachusetts, the governor is a Republican but Democrats control the state legislature.

New Mexico imposed the earliest deadline—Aug. 27—for workers to get at least one dose of a vaccine. However, New Jersey required healthcare workers to be fully vaccinated or undergo regular testing no later than Sept. 7. Nevada’s Nov. 1 deadline is the latest of the 15 states with vaccine requirements.

As of Oct. 8, the deadline to have received at least one dose of a vaccine had passed in 10 states: California, Colorado, Connecticut, Delaware, Illinois, Maine, Maryland, New Jersey, New Mexico, and New York.

On Sept. 30, the Cincinnati City Council passed an emergency ordinance to fix an error in the legal text of Issue 3 on the Nov. 2 ballot. Here’s how we got here:

According to City Solicitor Andrew Garth, the error occurred when a draft of the initiative text sent to his office had the word family instead of household. City staff wrote the initial ordinance based on that draft of the initiative text. However, initiative proponents had edited the petition text to change the word “family” to “household” before collecting signatures for the initiative. Initiative sponsors, city staff, and the board of elections did not notice the one-word difference until after the language was approved for the ballot on Sept. 16. A proposal to send a mailer out to voters explaining the discrepancy was voted down Oct. 4.

State Representative and city council candidate Tom Brinkman (R) sponsored the initiative. In addition to the change to city council pay, the measure would:

Ballotpedia, in partnership with Transparency USA, will publish a series of articles analyzing candidate fundraising in the 2021 Virginia House of Delegates elections. Democrats have a 55-45 majority in the House. There are 93 districts with both a Democratic and Republican candidate on the ballot. This is the first election cycle since 1999 with Democrats defending a majority in the chamber.

Throughout October, Ballotpedia will publish three articles a week analyzing candidate fundraising in the lead-up to the Nov. 2 election. Among the questions we will answer are:

Keep your eyes open for these stories and more as they appear on a regular basis on both Ballotpedia News and in the Brew. Our first article, covering the districts with the most fundraising, can be found here.