Welcome to the October 12 edition of Bold Justice, Ballotpedia’s newsletter about the Supreme Court of the United States (SCOTUS) and other judicial happenings around the U.S.

We’re at the halfway point of the court’s October sitting, so let’s pull up a pumpkin and gavel in, shall we?

SCOTUS has not accepted any new cases to its merits docket since our October 4 issue. To date, the court has agreed to hear 39 cases for the 2021-2022 term. SCOTUS dismissed three cases after they were accepted and removed one case after both parties agreed to settle. Eight cases have yet to be scheduled for arguments.

The Supreme Court will hear four hours of arguments this week. Click here to read more about SCOTUS’ current term.

SCOTUS has not issued any rulings in merits docket cases since our October 4 edition. The court has issued rulings in no cases so far this term. Thirty-five cases are still under deliberation.

Many Supreme Court justices have earned law degrees from either Harvard or Yale Law Schools. Which of the following current justices did not earn their law degree from either of those two institutions?

*Though the U.S. territorial courts are named as district courts, they are not Article III courts. They are created and empowered by the Article IV of the U.S. Constitution. Click here for more information.

The following map shows the number of vacancies in the United States District Courts as of October 1, 2021.

The first confirmations occurred on June 8, 2021, when Julien Xavier Neals and Regina Rodriguez were confirmed to their respective courts.

Ketanji Brown Jackson, was the first confirmed nominee to receive her judicial commission. The Senate confirmed Jackson on June 14, 2021, and she was commissioned three days later on June 17.

Hello, gentle readers! Our journey through federal judicial history continues as we visit an era where bacon cost 10¢ a pound, The Age of Innocence by Edith Wharton had just hit the shelves, and you could watch Nosferatu for the first time on the silver screen. Today, we highlight President Warren G. Harding’s (R) federal judicial nominees from 1921 to 1923. 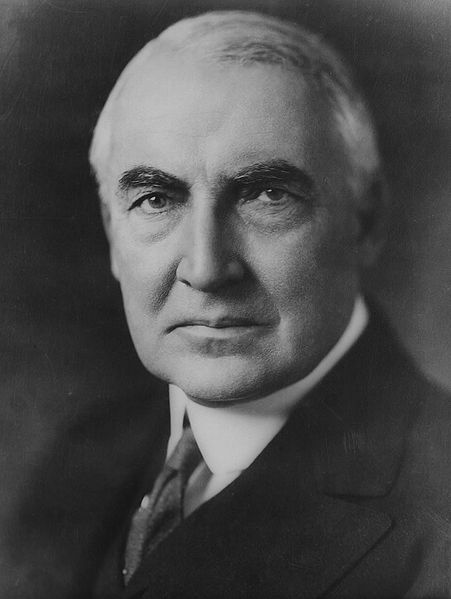 During his time in office, the U.S. Senate confirmed 56 of President Harding’s judicial nominees. The Senate did not vote on two of Harding’s nominees. One nominee declined their nomination.

We’ll be back on November 1 with a new edition of Bold Justice. Until then, gaveling out!