Welcome to the Monday, October 18, Brew.

Elections for the Virginia House of Delegates are taking place on Nov. 2, 2021. Ballotpedia has identified 22 of the 100 races as battlegrounds.

Sixteen battlegrounds are elections for seats currently held by Democrats, while the other six are for Republican-held seats. Based on analysis of these districts’ electoral histories, these races have the potential to be more competitive than other races and could lead to shifts in a chamber’s partisan balance.

To determine state legislative battleground races in 2021, Ballotpedia looked for races that fit one or more of the four factors listed below: 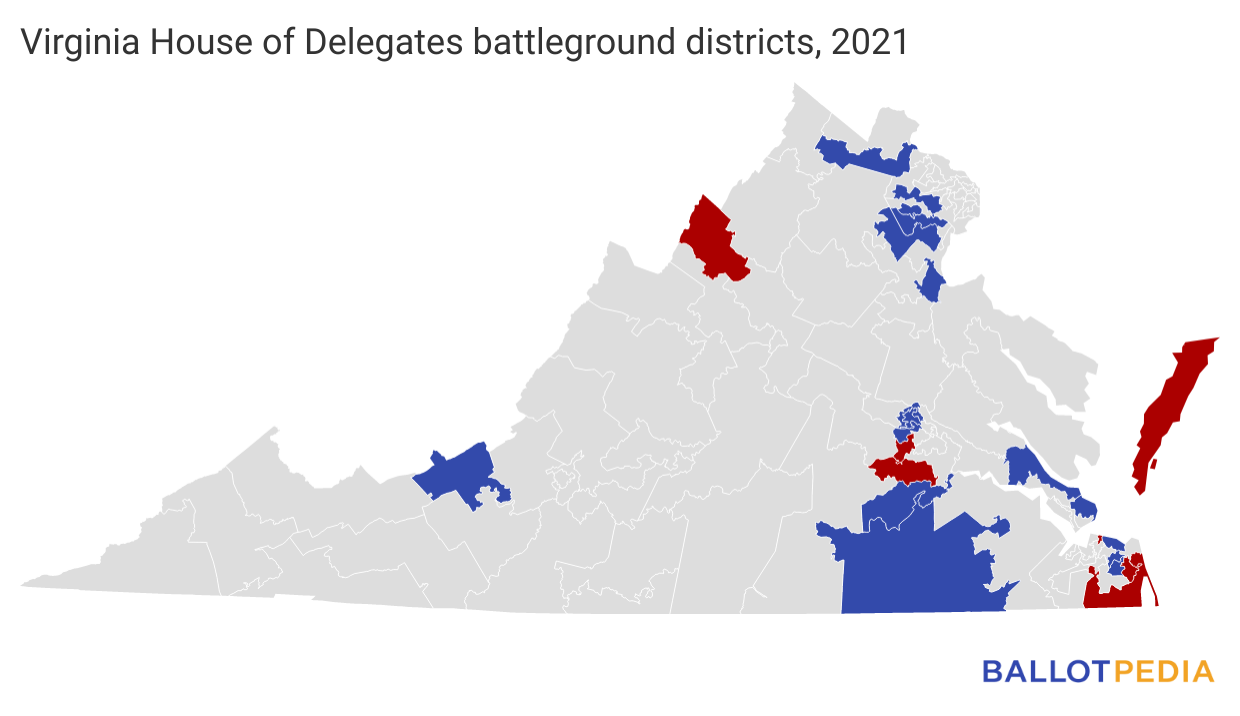 In 2019, Democrats won control of the chamber with a 55-45 majority. Twenty-nine races were decided by margins of 10 percentage points or less, and six of the 100 seats changed partisan control, passing from Republican to Democratic control. Republicans need to gain six seats to win control of the chamber in 2021. Democrats need to lose no more than four seats to maintain their majority.

The outcome of these races and the state’s 2021 gubernatorial election will determine Virginia’s trifecta status. Virginia became a Democratic trifecta in 2019 for the first time since 1994. If Republicans win control of the House or the governorship, they will break Democrats’ trifecta control of the state.

The New Hampshire House of Representatives is holding a special election on Oct. 26 for one of two seats representing the Cheshire 9 District. Andrew Maneval (D) and Rita Mattson (R) are running in the general election. The winner of the special election will serve until December 2022.

The seat became vacant after Douglas Ley (D) died from cancer on June 10. Ley had represented the district, along with fellow Democrat Richard Ames, since 2012. Ames and Ley were the top two vote-getters in 2020, receiving 29.5% and 27.5%, respectively. Mattson and Leo Plante (R) received 21.9% and 21.1%, respectively.

Heading into the special election, Republicans have a 207-188 majority in the New Hampshire House with five vacancies. New Hampshire has a Republican state government trifecta.

The Federal Register is a daily journal of federal government activity that includes presidential documents, proposed and final rules, and public notices. It is a common measure of an administration’s overall regulatory activity, accounting for both regulatory and deregulatory actions. We periodically update you about its status—here’s a recent report.