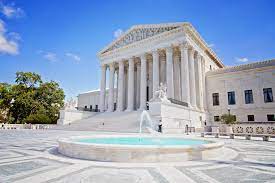 The Supreme Court of the United States (SCOTUS) accepted two new cases on Oct. 22 for review during its 2021-2022 term. Both cases relate to Texas’ abortion law S.B. 8 and have been scheduled for oral argument on Nov. 1.

The Supreme Court began hearing cases for its 2021-2022 term on Oct. 4. It heard arguments in nine cases during its October sitting and at the time of this writing is scheduled to hear arguments in 11 cases during its November sitting, which is scheduled to begin Nov. 1. As of Oct. 22, the court had agreed to hear 43 cases this term. Three cases were dismissed, and one case was removed from the argument calendar. Ten cases have not yet been scheduled for argument.