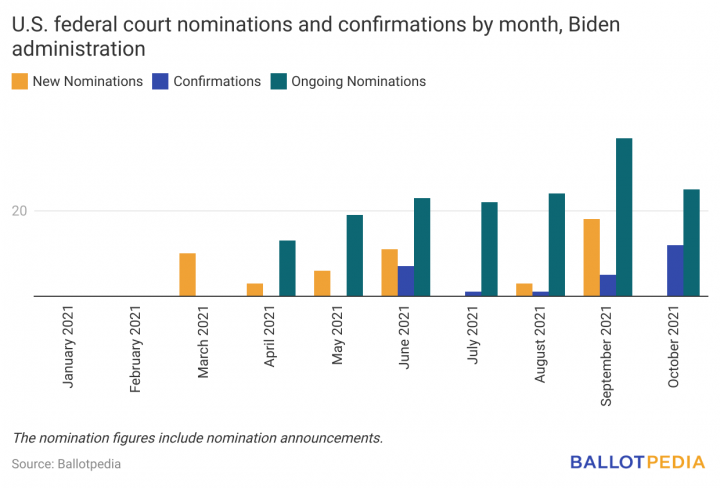 The average number of federal judges appointed by a president through Nov. 1 of their first year in office is 13.