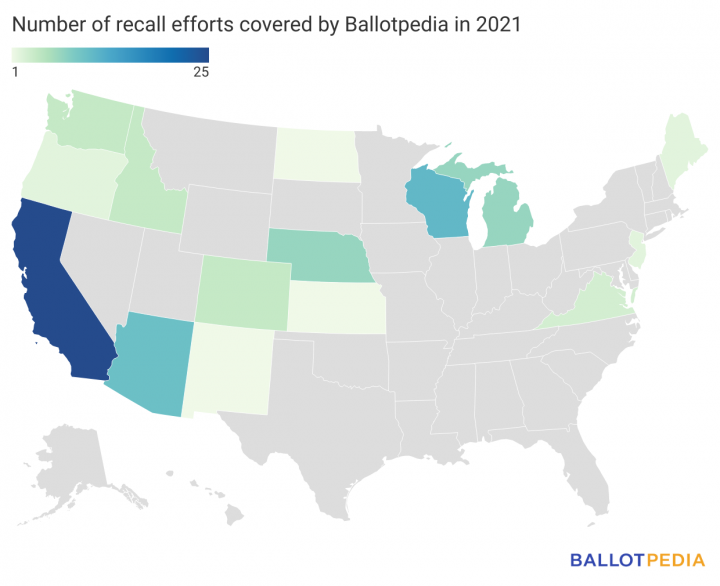 One driving force for the high number of recalls this year was reactions to the coronavirus and government responses to the pandemic. We tracked 48 school board recalls (57.1%) that were related to the pandemic in some way.

So where do these recall efforts stand after the Nov. 2 elections?

Of the efforts that made the ballot, 16 recall elections have been held so far this year. Another three board members, all in the San Francisco Unified School District, will face their recall elections in February 2022.

Out of those 16 board members that faced a recall election in 2021, one was removed from office. The other 15 kept their seats after a majority of voters cast ballots against their recall elections.

Twenty-five of the 84 school board recall efforts we have tracked this year are in California. Wisconsin has the next-highest number of efforts with 11, and Arizona is third with 10.

California and Wisconsin tied for the most recall efforts in 2020 with five each. Idaho came in third that year with four.