This week: Parnell is out, Oz is in race for Senate in Pennsylvania; Hogan and Trump clash in Maryland gubernatorial endorsements

U.S. Senate candidate Sean Parnell (R) ended his campaign on Nov. 22 following a judge’s order granting Parnell’s wife, Laurie Snell, primary custody of their children. Parnell said, “There is nothing more important to me than my children, and while I plan to ask the court to reconsider, I can’t continue with a Senate campaign.” Former President Donald Trump endorsed Parnell in September.

Dr. Mehmet Oz, a cardiothoracic surgeon and host of The Dr. Oz Show, announced on Nov. 30 that he was entering the race. Oz wrote in the Washington Examiner, “During the pandemic, I learned that when you mix politics and medicine, you get politics instead of solutions. That’s why I am running for the U.S. Senate: to help fix the problems and to help us heal.” Trump appointed Oz to two-year terms on the President’s Council on Sport, Fitness, and Nutrition in 2018 and 2020. 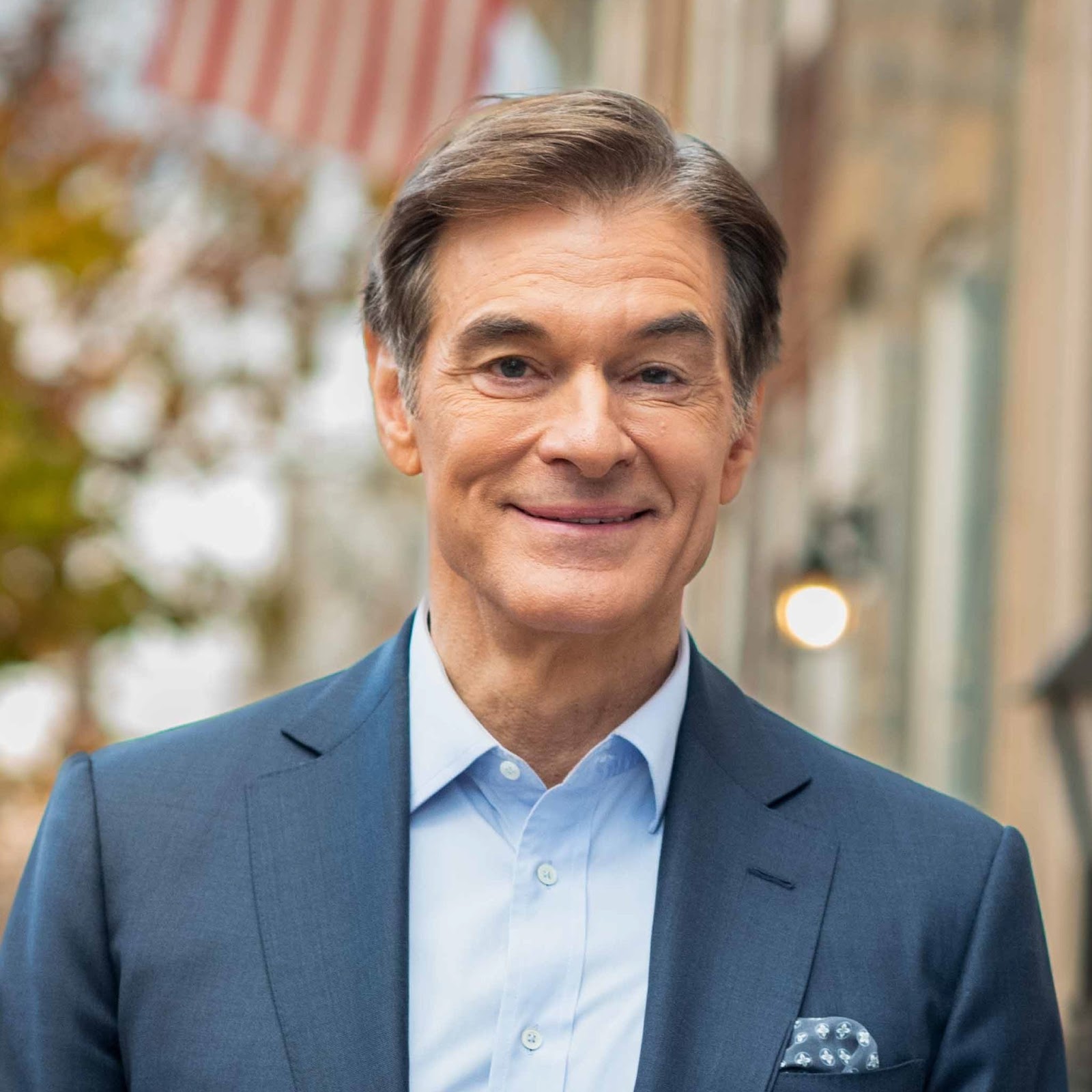 After Parnell ended his campaign, CNN contributor and former U.S. Rep. Charlie Dent (R-Penn.) said, “Right now you’ve got a wide-open, fluid field in Pennsylvania.” Allegheny County Republican Chairman Sam DeMarco III said, “My most important goal is to keep this seat in Republican hands come 2022, and I believe Dr. Oz’s entry into the race gives us a significant opportunity to do that.”

Pennsylvania’s U.S. Senate race is expected to be one of the most competitive of 2022. Republicans would need to pick up one seat to take control of the chamber.

The filing deadline is March 8 and the primary is scheduled for May 17.

One of 2022’s other competitive Senate elections is expected to take place in New Hampshire. The state is also home to a swing congressional district (NH-01).

So far, Republicans Don Bolduc and Tejasinha Sivalingam. Bolduc ran in and lost the 2020 GOP Senate primary. Sivalingam is a landlord and previously ran for state representative as a Republican and as a Democrat.

Other potential Republican candidates include:

In the 1st Congressional District, Chris Pappas (D) has held office since the end of the Guinta/Shea-Porter back-and-forth in 2019. Six Republicans have filed so far, including:

New Hampshire’s primaries are scheduled for Sept. 13. We’ll be keeping a close eye on how Republican candidates approach the primaries in this competitive state.

On Nov. 23, term-limited Gov. Larry Hogan (R) endorsed Maryland Commerce Secretary Kelly Schulz in the gubernatorial primary. Hogan said Schulz “has done an incredible job for us for the past seven years” and referred to state Del. Dan Cox (R), also running in the primary, as “a QAnon whack job who was in favor of I think calling Mike Pence, my friend Mike Pence, a traitor when they were talking about hanging him.”

The day before, Former President Donald Trump endorsed Cox, saying Cox was “MAGA all the way—unlike his opponent, Kelly Schulz, who was handpicked by her ‘boss,’ RINO Larry Hogan, who has been terrible for our Country and is against the America First Movement.”

Hogan said Trump’s involvement in the 2022 primaries was a topic of discussion at the Republican Governors Association meeting in November. Hogan said, “I think the president is attacking six or seven sitting governors and 30-something members of Congress. I think it’s really bad for the party. I think it’s bad for Donald Trump. And you know, we’re going to continue to push back.”

In Maryland, 55% of voters are registered Democrats, 24% are Republicans, and 20% are unaffiliated.

The primary is scheduled for June 28.

State Rep. Steve Haugaard, a former speaker of the South Dakota House, announced on Nov. 17 that he would challenge incumbent Gov. Kristi Noem in next year’s Republican primary.

In his campaign kickoff speech, Haugaard said Noem failed to stand with South Dakota conservatives when she opposed bans on private businesses mandating that their employees receive a COVID vaccine.

Haugaard also criticized Noem for sending a bill back to the legislature in March. The bill would have required athletes to compete in sports events based on their “biological sex, as ascertained at or before birth in accordance with the student’s genetics and reproductive biology.” Noem said she was concerned about the potential response from the National Collegiate Athletic Association and asked the legislature to exclude college athletics from the bill’s provisions.

Noem and Haugaard have clashed in the past, including on their stances toward Attorney General Jason Ravnsborg (R). Noem called for Ravnsborg to resign after he fatally struck a pedestrian in September 2020, while Haugaard voted against the state House opening an investigation.

Haugaard was first elected to the state House in 2014 and was House speaker for the 2019-2020 term. Noem was first elected governor in 2018 after serving four terms in the U.S. House. She defeated then-Attorney General Marty Jackley 56% to 44% in the Republican primary.

According to the SoDak Governors blog, “no elected governor seeking a second term has ever been defeated in a primary election.”

So far, Noem and Hubbard are the only two candidates running. The filing deadline is March 29. The primary is scheduled for June 7 with an Aug. 16 runoff if no candidate receives 50% of the vote.

In our last edition, we previewed the Republican primary for attorney general of Texas, with incumbent Ken Paxton (R) facing three declared challengers.

The GOP candidate field grew on Nov. 22 when U.S. Rep. Louie Gohmert announced he would run for the office. Later that day, state Rep. Matt Krause dropped out of the primary, saying he would run for district attorney in Tarrant County instead.

Gohmert was first elected to the U.S. House in 2004 and earlier served 21 years as a state judge.

Massachusetts Gov. Charlie Baker (R) announced on Dec. 1 that he won’t seek a third term. We covered the conflict between Baker and the state party chair in our last edition.

Trump has announced 12 endorsements in 2022 state legislative races as of Dec. 1. Seven of those endorsements have been for candidates running for the Michigan Legislature—five for state House and two for state Senate.

Five of the candidates are running for open seats, one is challenging a Republican incumbent, and one is an incumbent. In his endorsement for Rachelle Smit, a township clerk running for the open 80th House District, Trump said, “Michigan needs a new legislature. The cowards there now are too spineless to investigate Election Fraud. They refuse to conduct a Forensic Audit[.]”

We’ve tracked more than 60 endorsements from Trump for candidates seeking a variety of offices in 2022.

On Nov. 29, Sen. Marco Rubio (R-Fla.) endorsed state Rep. Blaise Ingoglia (R) for Senate District 10. Depending on the redistricting process, Ingoglia could face a fellow member of the state House in the Republican primary.

Roughly half of all states, including Florida, have not yet enacted new state legislative maps following the 2020 census.

State Senate District 10 is open in 2022. Incumbent Sen. Wilton Simpson (R) is term-limited and is running for commissioner of agriculture and consumer services. Ingoglia, who currently represents state House District 35, also hit his term limit. Ingoglia declared his candidacy for the Florida Senate in July.

State Rep. Ralph Massullo said in September he may run against Ingoglia in Senate District 10 depending on how the district lines are drawn, and if Senate leadership supported his candidacy. Massullo has not ruled out running for re-election in House District 34.

In 2016, Rubio endorsed Ingoglia for re-election as the Republican Party of Florida chairman.

The filing period for Texas’ state legislative races began on Nov. 13 and ends at 6:00 p.m. local time on Dec. 13. We reviewed the list of candidates who filed on the secretary of state’s website as of Nov. 30 for a very early look at any potential primaries. Texas has 2022’s first primaries on March 1!

The current partisan composition of the Texas Senate is 18 Republicans and 13 Democrats.

The current partisan composition of the Texas House is 85 Republicans and 65 Democrats.