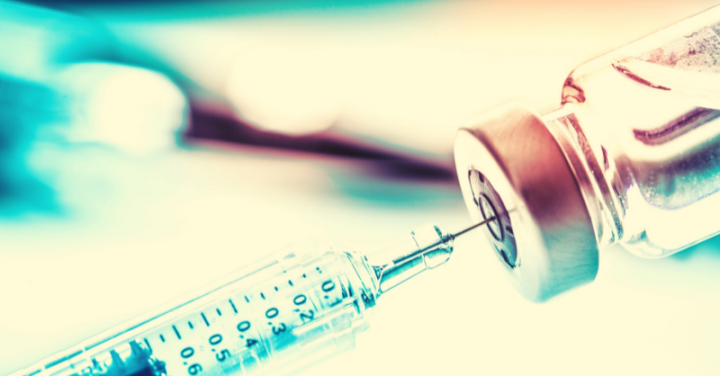 Our weekly summary of federal news highlights a federal court blocking the Biden administration’s healthcare worker vaccine requirement and SCOTUS’ December argument sitting. Read all about it in this week’s edition of the Federal Tap.

Congress is in session

Both the House and Senate are in session next week. Click here to see the full calendar for the first session of the 117th Congress.

SCOTUS is in session

The Supreme Court will hear oral arguments in five cases next week. To learn about the 2021-2022 term, click here.

Where was the president last week?

On Thursday, Biden delivered remarks on COVID-19 at the National Institutes of Health in Bethesda, Maryland.

Opinion polling comparison during the Trump and Biden administrations

According to the latest vacancy data from the U.S. Courts, there were 37 total announced upcoming vacancies for Article III judgeships. The earliest vacancy announcement was on Jan. 21, 2021, when U.S. District Court for the Southern District of Texas Judge Vanessa Gilmore announced that she would retire on Jan. 2, 2022. The most recent was on Dec. 1, 2021, when U.S. Court of Appeals for the 7th Circuit Judge David Hamilton announced he would assume senior status upon the confirmation of his successor. Twenty vacancy effective dates have not been determined because the judge has not announced the date they will leave the bench.

The next upcoming vacancies will occur on Dec. 27, when U.S. District Court for the District of Oregon Judge Michael Mosman assumes senior status.

For historical comparison, the week of Nov. 29 through Dec. 5, 2020, there were 58 federal judicial vacancies and five upcoming vacancies in the federal judiciary reported by the U.S. Courts.

The Supreme Court of the United States (SCOTUS) began its December sitting of the 2021-2022 term on Nov. 29. The court heard arguments in person and provided audio livestreams of arguments.

Next week, SCOTUS will hear arguments in five cases. To date, the court has agreed to hear 50 cases this term. Four cases were dismissed and one case was removed from the argument calendar. Nine cases have not yet been scheduled for argument.

On Nov. 30, U.S. District Court Judge Terry A. Doughty, who was appointed to the court by former President Donald Trump (R), issued an injunction against the Biden administration’s national vaccine requirement for healthcare workers. The requirement had been set to take effect Dec. 6.

The requirement was originally issued on Nov. 4, and would require vaccinations of eligible staff at healthcare facilities that participate in the Medicare or Medicaid programs. Doughty wrote in his opinion: “There is no question that mandating a vaccine to 10.3 million health care workers is something that should be done by Congress, not a government agency. […] It is not clear that even an act of Congress mandating a vaccine would be constitutional.” The lawsuit was filed by 14 states, led by Louisiana.

A final ruling in the case has not been issued pending oral arguments. Additionally, a ruling in this case could be appealed to a higher court.

The Connecticut Supreme Court assumed control over the state’s congressional redistricting process on Dec. 1 after its Reapportionment Commission failed to complete redrawing maps by the Nov. 30 deadline. The Commission announced that it had decided to formally request that the state’s highest court grant it a three-week extension to finish congressional redistricting. According to The Westerly Sun, “Both Republicans and Democrats said they’re optimistic they’ll reach an agreement on a bipartisan congressional plan by Dec. 21.”

After the 2010 census, the Reapportionment Commission did not complete congressional redistricting by the deadline and the state supreme court approved a plan developed by a special master on Feb. 10, 2012. Connecticut completed its state legislative redistricting process last month when the Reapportionment Commission approved new district boundaries for both the state House and Senate.

Also, three states—Maryland, New Mexico, and South Carolina—will hold special legislative sessions during the week of Dec. 6 to consider redistricting plans in each state. Maryland’s and New Mexico’s sessions will commence on Dec. 6. The South Carolina House began its special session on Dec. 1 while the state Senate will start work on Dec. 6.