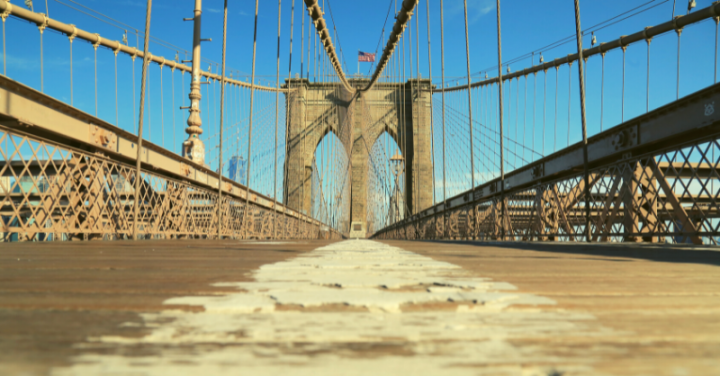 Our weekly summary of state & local news highlights New York’s new COVID-19 disaster emergency and the Atlanta mayoral runoff results. Read all about it in this week’s edition of the State & Local Tap.

Voters in nine states decided 39 statewide ballot measures on four different election dates in 2021. Twenty-six were approved and 13 were defeated. Four of the measures were citizen initiatives, three were advisory questions about taxes in Washington, eight were bond issues, one was a legislatively referred statute, and the remaining 23 were legislatively referred constitutional amendments.

Sixty-six state legislative special elections have been scheduled in 21 states so far this year. Sixty-two specials have taken place already. Heading into those races, Democrats had previously controlled 32 of the seats and Republicans previously controlled 30. Three seats flipped from Democratic control to Republican control, and three seats flipped from Republican control to Democratic control.

The special general election for the Rockingham 6 District in the New Hampshire House of Representatives is on Dec. 7. Mary Eisner (D) and Jodi Nelson (R) are competing in the special election.

Nelson advanced from the Republican primary on Oct. 19, earning 78% of the vote. Eisner was unopposed in the Democratic primary. The filing deadline to run passed Aug. 27.

The special election was called after Anne Copp (R) resigned on Aug. 5 in order to move out of the district. Copp represented Rockingham 6 in the state House from 2020 to 2021. She represented the Merrimack 1 District from 2016 to 2018.

Dickens and Moore advanced to a runoff after placing second and first, respectively, in the Nov. 2  general election. In that race, Moore received 41% of the vote followed by Dickens with 23%. This was the city’s seventh mayoral runoff since 1973.

Dickens was first elected to the Atlanta City Council in 2013 and won re-election in 2017. During the mayoral race, he promoted his SAFE Streets Atlanta plan, a series of public safety proposals in response to voter concerns regarding crime. He received endorsements from incumbent Mayor Keisha Lance Bottoms (D), former Mayors Shirley Jackson (D) and Andrew Young (D), and U.S. Rep. Nikema Williams (D).

The number of votes cast in the Nov. 30 runoff represented a decrease of 18.1% compared to the votes cast in the Nov. 2 general election, making this the largest such decrease since the 1993 mayoral contest between Bill Campbell and Michael Lomax. 2021 was also the second time since at least 1981 where the second-place finisher in the general election went on to win the runoff.

The Arkansas Board of Apportionment voted 3-0 on Nov. 29 to accept final maps of the state’s House and Senate districts. The board, which is made up of Gov. Asa Hutchinson (R), Attorney General Leslie Rutledge (R), and Secretary of State John Thurston (R), previously accepted maps on Oct. 29, beginning a 30-day public comment period. Barring any legal challenges, these maps will go into effect on Dec. 30.

Also, three states—Maryland, New Mexico, and South Carolina—will hold special legislative sessions during the week of Dec. 6 to consider redistricting plans in each state. Maryland’s and New Mexico’s sessions will commence on Dec. 6. The South Carolina House began its special session on Dec. 1 while the state Senate will start work on Dec. 6.

In a tweet, Hochul said she was issuing the order to prepare for a possible spike in cases caused by the new variant.

Governors across the country declared active emergencies at the start of the coronavirus pandemic, including former New York Gov. Andrew Cuomo, who first declared a COVID-19 disaster emergency on March 7, 2020. He ended the emergency on June 24, 2021. State codes generally allow governors to declare a state of emergency in response to natural disasters, disease epidemics, and other dangers to public health. These emergency orders allowed officials to access resources unavailable to them during non-emergencies, like stockpiles of medical goods and equipment, and temporarily waive or suspend certain rules and regulations. They also formed the basis of lockdown and stay-at-home orders, mask mandates, and other restrictions on businesses and individuals.

Currently, COVID-19 emergencies are active in 25 states. Twenty-five states have ended their emergencies.

Checking in on 2021 state legislative vacancies

With four weeks left in the calendar year, there have been 145 state legislative vacancies this year across 45 states.