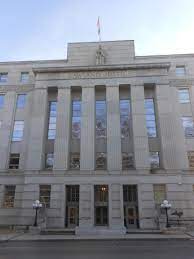 The court issued the order in response to two separate lawsuits challenging North Carolina’s newly enacted congressional and state legislative district plans. The court cited “great public interest in the subject matter of these cases, the importance of the issues to the constitutional jurisprudence of this State, and the need for urgency in reaching a final resolution on the merits” as its rationale for ordering the postponement.

The postponement applies to all primaries originally scheduled for March 8, 2022. The court suspended candidate filing, which had been scheduled to close on Dec. 17. However, any candidate whose filing has already been accepted by the appropriate state or local board of elections “will be deemed to have filed for the same office under the new election schedule for the May 2022 primary.” The court did not set a new candidate filing deadline, instead directing the trial court to “issue any orders necessary to accomplish the resulting changes in the election schedule, including implementing shortened filing periods and other administrative adjustments.”

The court directed the trial court to reach a ruling on the merits of the plaintiffs’ claims by Jan. 11, 2022.