Welcome to the Tuesday, December 21, Brew.

This year saw more statewide ballot measures than any odd-numbered year since 2007.

That is just one of many facts you’ll find in Ballotpedia’s year-end analysis of the 39 statewide ballot measures voters decided in 2021. Voters in nine states approved 26 measures and defeated 13 on four different election dates. The year-end analysis digs into the types and origins of these measures, the outcomes, campaign finance and signature-gathering costs, and ballot language readability.

Here are some highlights:

The Ninth Day of Ballotpedia: Redistricting

As readers of the Brew, you know firsthand the ways we here at Ballotpedia help you make sense of the ins and outs of redistricting. With your help and support, we have been able to find even more ways to make the process easier to follow!

The redistricting process can be complicated and confusing for even the most informed voters, reporters, and researchers. That’s why our team has developed a new visual tool that will allow you to immediately see what redistricting looks like in your state and all the others.

Our side-by-side map widget helps you see and understand how redistricting changed—and is changing—district boundaries. And because of the zooming capabilities, you can get up close to see how districts compare to one another!

Without the support of our donors and the Ballotpedia community, we would not be able to develop innovative tools like these to help voters make sense of the ever-changing political landscape. Consider making a donation today so we can continue to produce this information for all who seek it.

Incumbents won re-election in 86% of their Nov. races

In the Nov. 2, 2021, general election, 86% of incumbents nationwide won their re-election bids (within the scope of elections we cover). That number drops to 82% when you include incumbents who withdrew before the general election or were disqualified from the ballot.

Incumbents in Minnesota were the least successful in 2021 with a win rate of 55% followed by Kansas with 59% and Colorado with 67%. 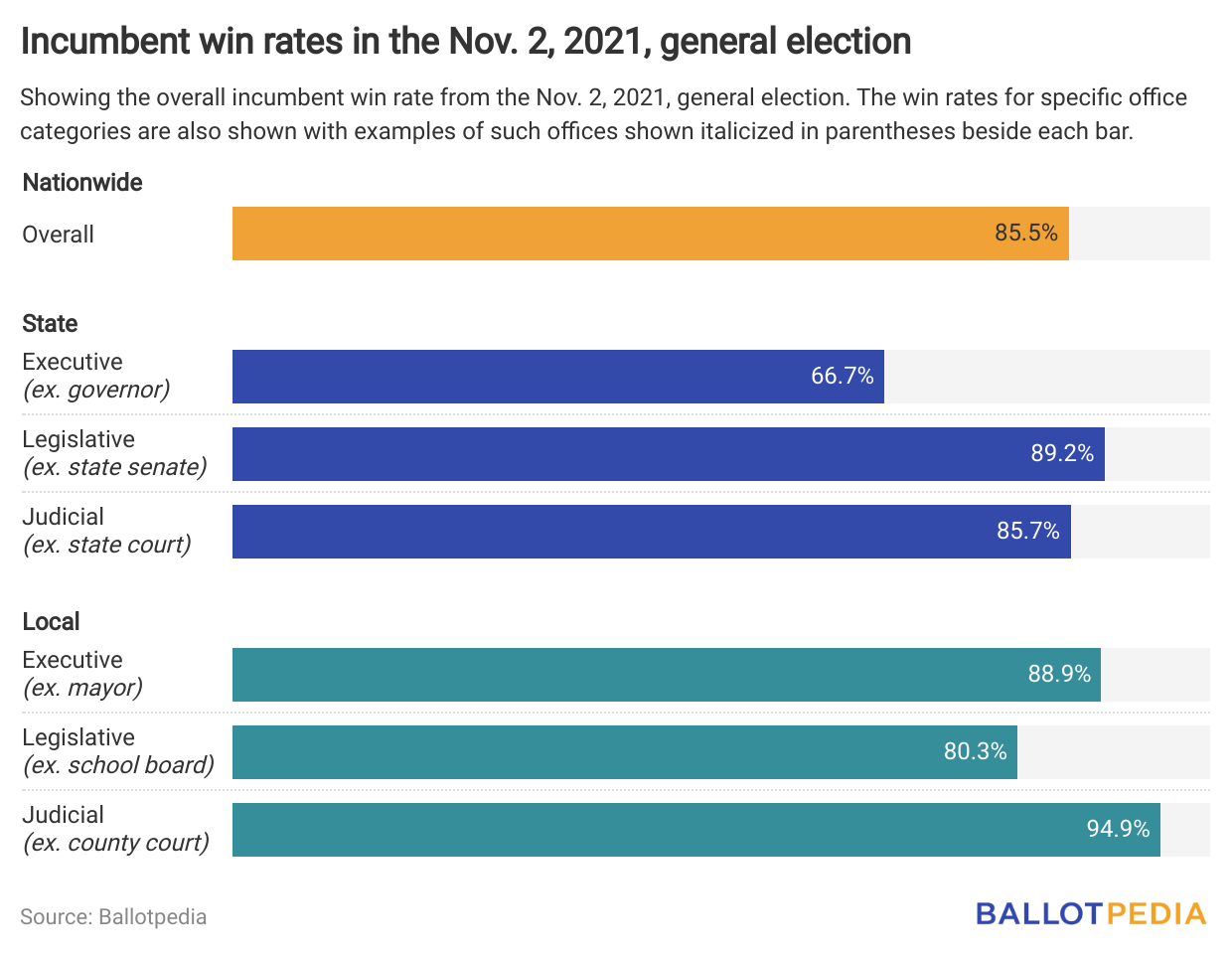