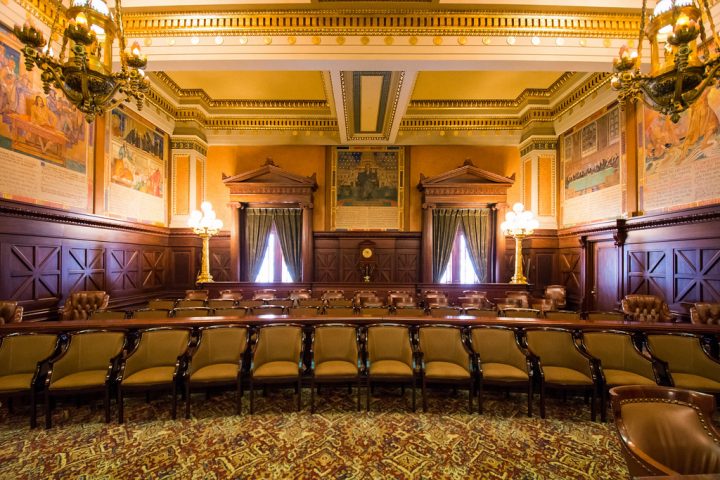 In 2019, 74% of voters at the election on Nov. 5, 2019, voted to approve the Pennsylvania Marsy’s Law Crime Victims Rights Amendment. Results were never certified because the Commonwealth Court enjoined then-Acting Secretary of State Kathy Boockvar from certifying election results pending litigation. On Dec. 21, 2021, the Pennsylvania Supreme Court, in a 6-1 ruling, decided that the ballot measure violated the state constitution’s separate-vote requirement for proposed constitutional amendments.

Pennsylvania Supreme Court Justice Debra Todd (D) wrote the court’s opinion. She described the ballot measure as “a collection of amendments which added a multiplicity of new rights to our Constitution.” Justice Todd added, “… because those new rights were not interrelated in purpose and function, the manner in which it was presented to the voters denied them their right to consider and vote on each change separately.” Justice Sallie Mundy (R) dissented, writing that the constitutional amendment had a “singular common objective of establishing for victims of crime justice and due process in the criminal and juvenile justice systems.”

The Pennsylvania Marsy’s Law Crime Victims Rights Amendment would have added a section addressing crime victims’ rights to the Pennsylvania Constitution Declaration of Rights. The ballot measure would have provided crime victims with 15 specific constitutional rights, including a right to proceedings free from unreasonable delay and a prompt and final conclusion of the case; a right to provide information to be considered before the parole of the offender; and a right to refuse an interview, deposition or other discovery request made by the accused. The ballot measure would have defined a crime victim as any person against whom a criminal offense or delinquent act was committed or who was directly harmed by the offense or act.