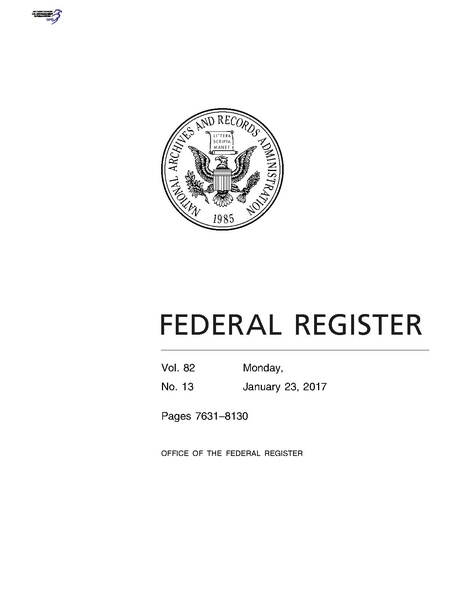 Four proposed rules, including the Patient Protection and Affordable Care Act with payment parameters and proposed user fee rates for 2023 from the Health and Human Services Department, and six final rules, including regulations for secure gun storage for any place that sells firearms and an amendment to the definition for antique firearm from the Alcohol, Tobacco, Firearms, and Explosives Bureau were deemed significant under E.O. 12866—defined by the potential to have large impacts on the economy, environment, public health, or state or local governments. Significant actions may also conflict with presidential priorities or other agency rules. The Biden administration has issued four significant proposed rules, six significant final rules, and zero significant notices as of January 7.