Welcome to the Jan. 18 edition of Robe & Gavel, Ballotpedia’s newsletter about the Supreme Court of the United States (SCOTUS) and other judicial happenings around the U.S.

This week, we commemorate the life and acts of Dr. Martin Luther King Jr. by reading his speeches, sermons, and engaging in acts of service. We thank you for spending some of your time with us as we gavel in and catch up on the federal judiciary.

On Jan. 13, the court issued per curiam opinions on both of the Biden administration’s COVID-19-related vaccine policies that came to the court on emergency appeals on Dec. 22. SCOTUS blocked enforcement of one mandate and allowed enforcement of the other while litigation continues in lower courts.

SCOTUS has accepted eight new cases to its merits docket since our Jan. 10 issue.

To date, the court has agreed to hear 59 cases for the 2021-2022 term. SCOTUS dismissed four cases after accepting them and removed one case from the argument calendar after both parties agreed to settle. Eleven cases have yet to be scheduled for arguments.

SCOTUS issued one opinion since our Jan. 10 edition. The court has issued rulings in six cases so far this term, two of which were decided without argument.

Click the links below to read more about the case:

Babcock v. Kijakazi originated from the U.S. Court of Appeals for the 6th Circuit and was argued before the court on Oct. 13, 2021.

The case: David Babcock was a dual-status technician with the National Guard who participated in the Civil Service Retirement System (“CSRS”) and paid Social Security taxes on qualifying income. Upon retiring, Babcock applied for Social Security retirement benefits. The Social Security Administration (SSA) granted Babcock’s application but reduced his benefits since he also received CSRS pension payments. Babcock asked the SSA to reconsider, citing the Social Security Act uniformed services exception and arguing that his pension plan was covered. The SSA did not change its determination and on appeal, the determination was upheld. Babcock sought judicial review with the U.S. District Court for the Western District of Michigan. The court ruled that his uniformed service did not qualify under the exception. On appeal, the 6th Circuit affirmed the decision. Click here to learn more about the case’s background.

The outcome: The U.S. Supreme Court court affirmed the 6th Circuit in an 8-1 ruling, holding that Babcock’s civil-service pension payments were not based on his service as a member of a uniformed service. Justice Barrett delivered the majority opinion of the court. Justice Gorsuch filed a dissenting opinion.

The Senate Judiciary Committee has reported five new nominees out of committee since our Jan. 10 edition.

The Senate has confirmed one new nominee since our Jan. 10 issue.

The federal judiciary currently has 78 vacancies, 76 of which are for lifetime Article III judgeships. As of publication, there were 26 pending nominations.

According to the Administrative Office of U.S. Courts, there were 34 upcoming vacancies in the federal judiciary, where judges have announced their intention to leave active judicial status.

Hello, gentle readers! Welcome back to our journey through federal judicial history. Today, we make a stop in the Gilded Age to highlight President Benjamin Harrison’s (R) judicial nominees from 1889 to 1893. 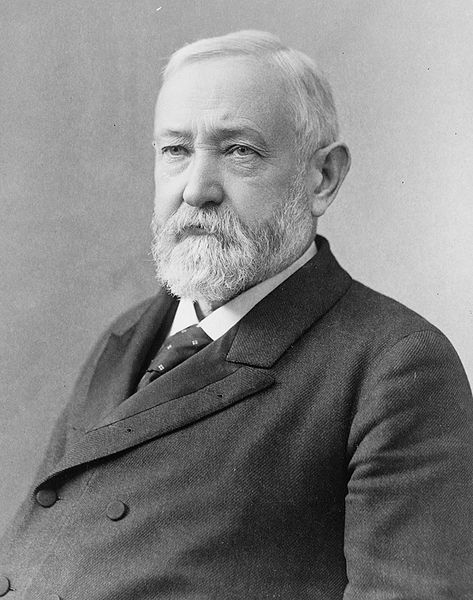 During his time in office, the U.S. Senate confirmed 43 of President Harrison’s judicial nominees. The Senate did not vote on two of Harrison’s nominees.

Kate Carsella compiled and edited this newsletter, with contributions from Brittony Maag and Jace Lington.