Welcome to the Friday, February 4, Brew.

Heading into 2022, the Democratic and Republican House committees have the most cash available while their respective Senate counterparts have the least on hand. All committees but the RNC have more cash available today than they did at the start of 2021.

Candidates seeking office in Indiana have until noon today to submit the necessary materials to appear on a party’s primary ballot. Primaries will be held on May 3.

Here’s a quick look at what offices voters will decide this year:

Several states’ filing deadlines have changed due to redistricting and legal challenges over new maps. This was the case in North Carolina where the state supreme court suspended the state’s December filing deadline in response to a lawsuit. The Wake County Superior Court later moved the deadline to March, though the lawsuit is still ongoing.

Lawsuits in Alabama and Ohio have also necessitated new deadlines. In Kentucky, legislators moved the deadline from the start of January to the end of the month in order to finish redistricting. 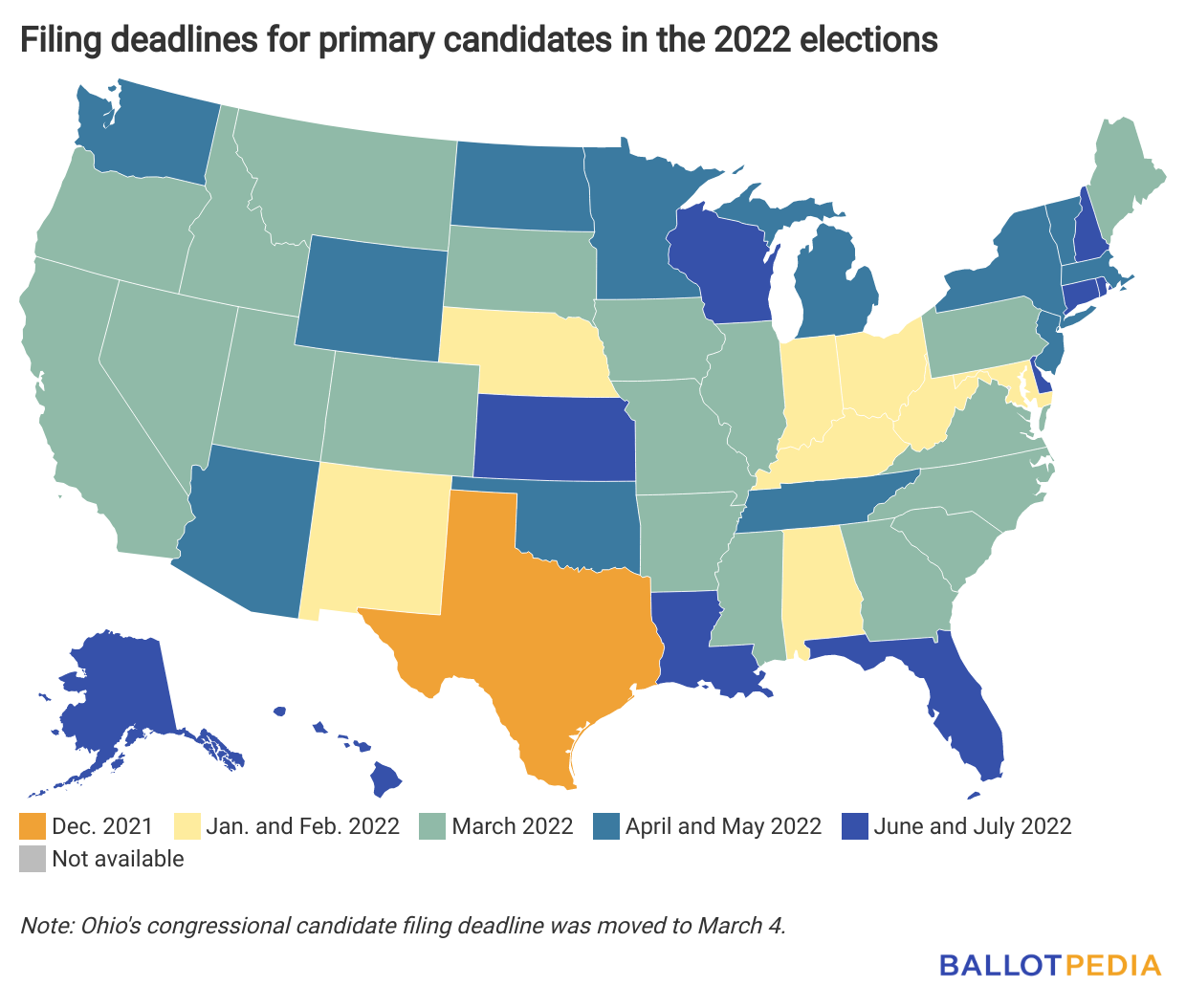 #FridayTrivia: How many U.S. House elections feature two incumbents running in the same district (so far)?

Earlier this week, we looked at the U.S. House races where two incumbents have announced they will run against each other in the same district. This often happens after redistricting when redrawn maps can move or compel incumbents to run against one another for re-election.