Welcome to the Feb. 22 edition of Robe & Gavel, Ballotpedia’s newsletter about the Supreme Court of the United States (SCOTUS) and other judicial happenings around the U.S.

With the scent of roses yet in the air and the taste of chocolates and sweet treats fresh in our memories, we come to the February argument session of the U.S. Supreme Court. Let’s gavel in, shall we?

SCOTUS has accepted one new case to its merits docket since our Feb. 7 issue.

On Feb. 18, the court granted review in the case Biden v. Texas, originating from the U.S. Court of Appeals for the 5th Circuit, and concerning both the Administrative Procedure Act and the Trump administration’s Migrant Protection Protocols (MPP), also referred to as the remain in Mexico policy, which required non-citizens seeking asylum at the United States’ southern border to remain in Mexico while awaiting their immigration proceedings. The case will be scheduled for argument during this term’s April sitting.

To date, the court has agreed to hear 66 cases for the 2021-2022 term. SCOTUS dismissed four cases after they were accepted and removed one case from the argument calendar after both parties agreed to settle. Ten cases have yet to be scheduled for arguments. The court has also accepted three cases for its 2022-2023 term.

The Supreme Court will hear arguments in three cases this week. Click here to read more about SCOTUS’ current term.

SCOTUS has not issued opinions since our Feb. 7 edition. The court has issued rulings in eight cases so far this term, two of which were decided without argument.

Justice Stephen Breyer authored six majority opinions during the court’s last term. In which of the following cases did he not write the court’s opinion?

The Senate Judiciary Committee has reported three new nominees out of committee since our Feb. 7 edition.

One nominee was not reported favorably:

The Senate has confirmed one new nominee since our Feb. 7 issue.

The federal judiciary currently has 80 vacancies, 78 of which are for lifetime Article III judgeships. As of publication, there were 26 pending nominations.

According to the Administrative Office of U.S. Courts, there were 37 upcoming vacancies in the federal judiciary, where judges have announced their intention to leave active status.

Hello, gentle readers! Welcome back to our journey through federal judicial history. Today, we get a two-for-one as we highlight President Grover Cleveland’s (D) judicial nominees from 1885 to 1889 and 1893 to 1897. 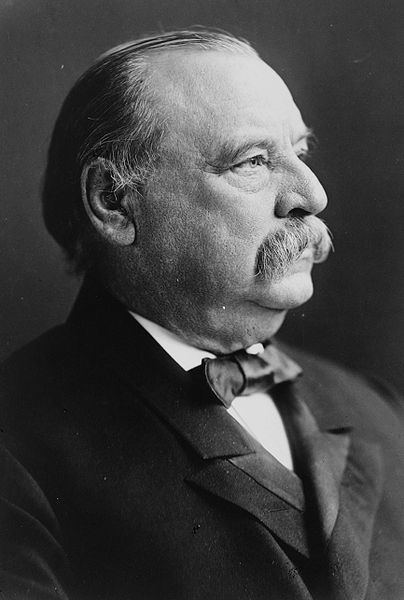 During his time in office, the U.S. Senate confirmed 44 of President Cleveland’s judicial nominees—17 in his first term, and 27 in his second term. Two nominees were withdrawn. The Senate rejected or did not vote on eight nominees.

We’ll be back on Feb. 28 with a new edition of Robe & Gavel. Until then, gaveling out!