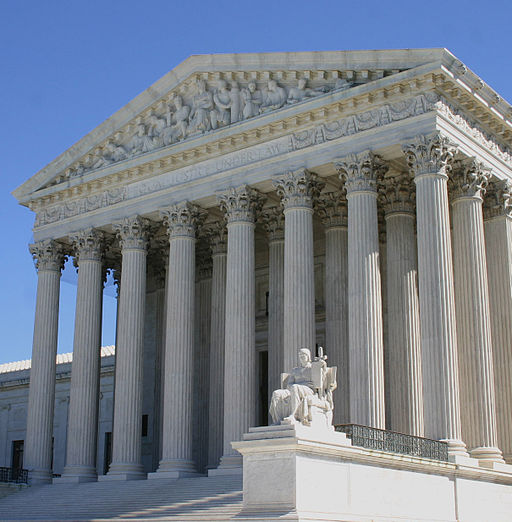 President Joe Biden (D) announced on Feb. 25 he would nominate Judge Ketanji Brown Jackson to the United States Supreme Court to fill the vacancy left by Stephen Breyer. In a statement, the White House said: “Jackson is an exceptionally qualified nominee as well as an historic nominee, and the Senate should move forward with a fair and timely hearing and confirmation.”

Jackson currently serves as a judge on the United States Court of Appeals for the District of Columbia Circuit. She was nominated to the post by Biden in April 2021, and was confirmed with a 53-44 Senate vote on June 14, 2021. She was elevated to the position from the United States District Court for the District of Columbia, where she served as a judge from 2013 to 2021. She has also worked in private practice, as a federal public defender, on former President Barack Obama’s Sentencing Commission, and as a law clerk for Breyer.

Breyer announced his retirement on Jan. 27, saying it would take effect at the end of the court’s 2022 summer recess, which typically takes place in late June or early July. SCOTUSblog’s Amy Howe called Breyer “a devoted pragmatist and the senior member of the Supreme Court’s liberal wing.” Regarding Breyer’s decision to retire, Howe wrote: “Although Breyer is apparently in good health and by all accounts enjoys his job, Democrats began calling for him to retire shortly after the 2020 election so that President Joe Biden could nominate a younger judge to take his place.”

Following Breyer’s retirement, Senate Majority Leader Chuck Schumer (D-N.Y.) said that “President Biden’s nominee will receive a prompt hearing in the Senate Judiciary Committee, and will be considered and confirmed by the full United States Senate with all deliberate speed.”

Jackson’s path to the bench will first require consideration by the Senate Judiciary Committee, which typically culminates in public hearings. If approved by a vote of the committee, her nomination will then be put up to a confirmation vote before the full Senate. Her confirmation vote can take place before Breyer leaves the court, with her swearing-in delayed until his departure.

Jackson’s confirmation vote will be the first to take place in a Senate with a 50-50 partisan split. In recent years, U.S. Supreme Court confirmation votes have grown more partisan. Since Justice Samuel Alito’s confirmation in 2006, nominees have received an average of 4 yes votes from senators who don’t caucus with the President’s party. Since 1967, when the Senate held its first roll call confirmation vote after Hawaii became the 50th state, the overall average of opposition party confirmation yes votes is 29. These averages do not include votes cast by independent or third-party senators.