Welcome to the Feb. 28 edition of Robe & Gavel, Ballotpedia’s newsletter about the Supreme Court of the United States (SCOTUS) and other judicial happenings around the U.S.

… Did you hear something? Could it be… changing seasons approach? The first breaths of spring? One can hope. Last week, President Biden nominated U.S. Court of Appeals for the District of Columbia Circuit Judge Ketanji Brown Jackson to the U.S. Supreme Court. This week, SCOTUS concludes its February sitting, with the March argument session fast approaching. Let’s gavel in and see what’s new on the docket, shall we?

SCOTUS has accepted three new cases to its merits docket since our Feb. 22 issue.

On Feb. 18, the court granted review in the following cases:

To date, the court has agreed to hear six cases during its 2022-2023 term. The court has not yet scheduled any of the cases for argument.

SCOTUS issued one opinion since our Feb. 22 edition. The court has issued rulings in nine cases so far this term, two of which were decided without argument.

In Unicolors, Inc. v. H&M Hennes & Mauritz, LP, the court ruled in a 6-3 vote to vacate the U.S. Court of Appeals for the 9th Circuit ruling and remand the case for further proceedings. The court held that either a mistake of legal or factual knowledge can excuse a copyright registration inaccuracy. Justice Stephen Breyer authored the majority opinion. Justice Clarence Thomas dissented, joined by Justice Samuel Alito in full and by Justice Neil Gorsuch except for Part II.

Justice Stephen Breyer was appointed to the U.S. Supreme Court in 1994 to fill the seat left vacant by Justice Harry Blackmun. From which court was Justice Breyer elevated?

On Feb. 25, 2022, President Biden announced his intent to nominate U.S. Court of Appeals for the District of Columbia Circuit Judge Ketanji Brown Jackson to the U.S. Supreme Court, to fill the upcoming vacancy upon the retirement of Justice Stephen Breyer. If confirmed, Jackson will be the first Black woman to serve on the country’s highest judicial body.

The Senate Judiciary Committee has reported no new nominees out of committee since our Feb. 22 edition.

The Senate has confirmed no new nominees since our Feb. 22 issue. As of this writing, 46 of President Biden’s Article III nominees have been confirmed since he assumed office.

The federal judiciary currently has 80 vacancies, 78 of which are for lifetime Article III judgeships. As of this writing, there were 36 pending nominations.

According to the Administrative Office of U.S. Courts, there were 38 upcoming vacancies in the federal judiciary, where judges have announced their intention to leave active status.

Hello, gentle readers! Let us return to our journey through federal judicial history. Today, we highlight President Chester A. Arthur’s (R) judicial nominees from 1881 to 1885. 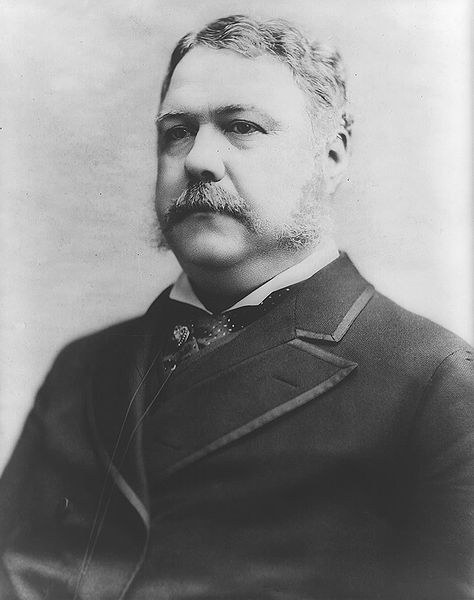 During his time in office, the U.S. Senate confirmed 23 of President Arthur’s judicial nominees. One nominee withdrew and one declined their nomination.

Among the most notable appointees were two Supreme Court Justices:

We’ll be back on March 7 with a new edition of Robe & Gavel. Until then, gaveling out!