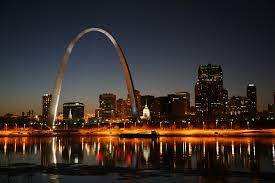 Voters in St. Louis, Missouri, will decide a ballot initiative, Proposition R, at a special election on April 5, 2022. The citizen-initiated charter amendment addresses three policies – the city’s redistricting process, the laws governing conflicts of interest, and legislative changes to voting methods. It would also change the name of the Board of Aldermen to the Board of Alderpersons.

Proposition R would transfer redistricting from the Board of Alderpersons to a nine-member redistricting commission that, according to the amendment, should “represent the demographic make-up of the City of St. Louis.” An Oversight Committee would remove applicants that do not meet certain requirements and then provide a list of applicants to the Board of Aldermen. Each alderperson would be permitted to strike one applicant from the list, which would then return to the Oversight Committee. A random draw would be used to select four applicants to serve as commissioners, and those four persons would select the remaining five applicants by votes requiring approval from three out of the four.

The nine-member redistricting commission would establish ward boundaries based on the following criteria, in order of priority:

Any votes of the redistricting commission, including approval of a final map, would require five affirmative votes.

The third topic addressed by Proposition R is conflict-of-interest laws. The charter amendment would also enact several provisions related to conflicts of interest, including:

The campaign Reform St. Louis, a project of Show Me Integrity, is supporting Proposition R. Through December 31, 2022, the campaign received $82,234, including $20,000 from the Center for Election Science and $15,000 from Show Me Integrity. Jami Cox, the campaign’s policy director, said, “What’s at stake is making sure that the St. Louis city government is operating in the most efficient and ethical way possible. If this proposition doesn’t pass, then we are looking at the redistricting process still being led by the people that are ultimately going to be running for the seats that they serve in and not having any hard outline processes in our city charter to reduce conflicts of interest.”

Lewis Reed, president of the Board of Aldermen, responded to the April 5 vote on Proposition R, saying, “There is no need to have a special election costing the taxpayers hundreds of thousands of dollars solely for a proposal that the Prop R group admits is untimely, would be challenged in court, would not put into effect what it states it will and would not take effect for 10 years.”