In this issue: Working Families Party endorsements in NY congressional races and Israel an early issue in MI-11

New York uses fusion voting. More than one political party can support the same candidate, and that candidate appears on the same ballot multiple times under different party lines (for example, the Democratic Party and the Working Families Party).

Ramos DeBarros, a veteran, said last year in response to a question on Ballotpedia’s Candidate Connection survey, “There are a lot of people who have been left behind by the political establishment that always courts the margins in the center while we have hundreds of thousands of constituents who don’t turn out because they aren’t inspired.” Click here to read her full survey.

Rose, also a veteran, said after announcing his bid in December that he would spend time “earning people’s trust across the political spectrum and talking about ways in which we can actually fix people’s problems. Not just dividing us.”

Komi Agoda-Koussema is also running in the primary.

Abdelhamid founded a women’s defense nonprofit and works for Google. She said, “Representative Maloney has spent nearly 30 years taking millions of dollars from developers and Wall Street banks profiting off our suffering. People don’t feel represented when 50% of Congress is made up of millionaires.”

When announcing her bid for a 16th term, Maloney said, “Now more than ever, our city needs innovative leaders to spearhead our rebuilding from the COVID-19 crisis … From securing federal funding to help New Yorkers get vaccinated, pay their rent, and feed their families, I have led efforts that will enable New York City and New York State to build back better.”

As we wrote last month, there are several other candidates running in the primary, including Suraj Patel, who challenged Maloney in 2018 and 2020.

The primaries are set for June 28. 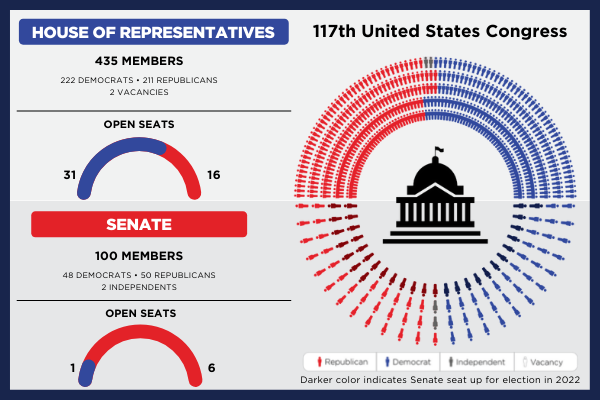 Jewish Insider wrote, “The debate within the Democratic Party over the future of its support of the U.S.-Israel relationship and what it means to be pro-Israel is set to play out in stark fashion” in this district’s primary.

Levin introduced the Two-State Solution Act in the House in September. The bill would prohibit the U.S. “from providing support for projects in geographic regions that came under Israeli control after June 5, 1967. It also prohibits the use of any U.S. security assistance, defense articles, or defense services provided to Israel for efforts to annex or exercise permanent control over any part of the West Bank or Gaza,” according to the bill summary. It also allows for temporarily waiving some restrictions on the Palestine Liberation Organization and contains provisions for product labeling and development assistance.

Pro-Israel American Executive Director Jeff Mendelsohn said the Act was “unhelpful to the U.S.’s relationship to Israel and the peace process itself” and one of the reasons his group endorsed Stevens.

J Street supports the Two-State Solution Act. A J Street representative said Levin “embodies what it looks like to combine love for Israel with concern for its future and a commitment to core Jewish values of peace, justice and equality.”

Sumukh Kallur is also running in the primary, scheduled for Aug. 2.

In a statement, DeGette said, “As a pediatrician and state legislator, Dr. Caraveo knows how to have tough conversations and take on tough fights — and it’s long past time for Coloradans to elect our first Latina U.S. representative.”

Johnny Humphrey describes himself as a moderate Democrat and is the director of Inclusivity Services for The Center on Colfax, an LGBTQ nonprofit organization.

Joshua Rodriguez sought the Unity Party’s nomination for Colorado’s U.S. Senate seat in 2020. Rodriguez was arrested last month on charges including identity theft and attempting to influence a public servant.

The Denver Post‘s Alex Burness wrote, “Recent election results suggest the new 8th Congressional District will be a close race in 2022 — though Democrats may have a slight advantage.” He also said that the district “is projected to have the highest concentration of Latino voters of any U.S. House district in the state.”

The primary is scheduled for June 28.

Fetterman served as mayor of Braddock from 2005 to 2019. His endorsers include current Braddock Mayor Delia Lennon-Winstead, the Democratic Lieutenant Governors Association, the United Steelworkers District 10, and UFCW Local 1776.

As we wrote last month, the Pennsylvania Democratic Party did not endorse in the primary at its Jan. 29 meeting. Lamb received 61% support on the final ballot and Fetterman received 23%. A candidate needed two-thirds of the vote to win the endorsement.

Sen. Pat Toomey (R) is not running for re-election. The primary is May 17.

We’ll be tracking how many state legislative incumbents are defeated throughout 2022. Here’s some very preliminary data after Texas’ March 1 primaries. Note that the following includes incumbents filed and in contested primaries from six states (Alabama, Indiana, Kentucky, Nebraska, Texas, and West Virginia). The “defeated” column only includes data from Texas, which holds primary runoffs for some seats in May.

Roberts said, “Oregon needs a governor with a statewide record of tackling tough issues, delivering results, and fighting for Oregonians living in every corner of this great state.”

The Willamette Week said the endorsement was “somewhat surprising and a big boost for Read” in light of key endorsements former House Speaker Tina Kotek has received, including from the Service Employees International Union and the Oregon Education Association. The paper says Kotek and Read are the leading primary candidates.

Seventeen candidates filed for the Democratic primary, including Kotek and Read.

Incumbent Kate Brown (D), who first took office following John Kitzhaber’s (D) resignation in 2015, is term-limited. The primary is May 17. Democrats have won the last 10 gubernatorial elections in Oregon, the longest winning streak for either party in state history.

Indiana’s filing deadline for federal and state elections was Feb. 4. We’ve crunched some numbers to see how competitive the primaries will be compared to recent election cycles.