In this issue: Rep. Young Kim spends on ads ahead of top-two primary and Michigan gubernatorial candidates sue to get back on ballot

In California, all candidates run in the same primary regardless of affiliation, and the top two vote-getters advance to the general election. Democrat Asif Mahmood and Republican Nicholas Taurus are also running in the primary.

After redistricting, Kim represents 21% of the new 40th’s population. The Los Angeles Times wrote that “Kim’s tilt further to the right reflects redistricting’s influence on politicians. With a shift in district boundaries, Kim’s campaign style has shifted too — vying for a constituency that is more conservative and less diverse than the residents she now represents.”

Kim has reported raising more than $5 million. Raths has reported $136,000, including $90,000 he loaned his campaign. The Los Angeles Times wrote that Raths “said his campaign has visited 70,000 houses in the district since February. … He would also campaign while working as an Uber driver, pitching his candidacy to passengers.”

Former Detroit Police Chief James Craig and Perry Johnson, whom The Detroit News described as top candidates for Michigan’s Republican gubernatorial nomination, sued state election officials last week to get back on the Aug. 2 primary ballot. The state Bureau of Elections said that Craig, Johnson, and three others didn’t file enough valid signatures to qualify. On Tuesday, the Michigan Court of Appeals ruled against Johnson, who said he might appeal to the state supreme court.

No decisions had been made in Craig’s or Markey’s lawsuits as of Wednesday afternoon.

The bureau found that 36 petition circulators had forged an estimated 68,000 signatures across multiple campaigns’ petitions. The bureau said this was an “unprecedented number of fraudulent petition sheets.”

During the signature review process, election officials identified the circulators’ sheets and checked a sample of roughly 7,000 signatures against the state’s Qualified Voter File. Every signature from that sample was deemed invalid. Following that review, the bureau decided to exclude all signatures those circulators gathered.

Craig, Johnson, and Michael Markey Jr., who also filed a lawsuit, want the state to check every signature on identified circulators’ sheets against the voter file rather than excluding all signatures without a full review. Donna Brandenburg, a fourth candidate, also indicated she would pursue legal action but had not made any filings as of May 31.

Michigan law requires major party gubernatorial candidates to submit at least 15,000, but no more than 30,000, valid signatures to make the ballot. Candidates must collect at least 100 valid signatures in each of at least half of the state’s congressional districts. The filing deadline was April 19.

Republican elections commissioner Dean Knudson resigned from the six-member Wisconsin Elections Commission during a meeting on May 25, before a vote to determine who would chair the committee for the next two years. Knudson said, “I cannot be effective in my role representing Republicans on the commission. … It’s been made clear to me that from the highest levels of the Republican Party in Wisconsin that there was a deep desire that I not be chair.”

The governor and state legislative leaders appoint the commission’s six members. Three commissioners are Democrats and three are Republicans.

Knudson said, “[U]nfortunately now, elected officials, appointed officials and candidates at the highest levels in my party have refused to believe that President Trump lost. … Even worse, some have peddled misinformation and perpetuated falsehoods about the 2020 election. This is really unfortunate because Republicans across Wisconsin did just fine at all other levels in the 2020 election.”

Knudson served in the Wisconsin State Assembly from 2011 to 2017. According to the Washington Post’s Rosalind Helderman, Knudson played a leading role in creating the commission, which administers elections in the state. Assembly Speaker Robin Vos (R) appointed Knudson to the commission in 2017.

The Milwaukee Journal Sentinel wrote, “Vos in November said Knudson and four other commissioners ‘probably’ should be charged with crimes for how voting was conducted in nursing homes in 2020. Knudson stood by the commission’s nursing home policies and downplayed Vos calling for him to be charged.”

After Knudson’s resignation, the commission voted 5-1 to postpone the vote for chair. Knudson was one of two commissioners eligible for the role. The Associated Press said that the other eligible commissioner, Robert Spindell, was “one of 10 Republicans who cast Electoral College votes for Trump in Wisconsin, even though Trump lost. He and the other fake GOP electors were sued last week.”

An Associated Press analysis of early voting data published Tuesday showed that 37,144 people who voted in Georgia’s May 24 Republican primaries voted in Democratic primaries in 2020. AP called this “an unusually high number of so-called crossover voters.”

Georgia holds open primaries, meaning voters may vote in whichever primary they choose, regardless of their registration (voters may only participate in one party’s primary in each election year).

The analysis said these voters supported incumbents Gov. Brian Kemp (R) and Secretary of State Brad Raffensperger (R), both of whom won primaries over challengers former President Donald Trump (R) endorsed. Kemp received 74% of the vote, avoiding a runoff by more than 280,000 votes. Raffensperger avoided a runoff by around 27,000 votes.

Kinzinger, who is not seeking re-election this year, was one of 10 House Republicans who voted for Trump’s 2021 impeachment. The Republican National Committee censured Kinzinger in February for his participation in the House select committee investigating the U.S. Capitol breach.

Raffensperger’s campaign said that “there are people who stopped voting in Republican primaries after 2016 who are now reengaged.”

Country First also weighed in on North Carolina’s 11th Congressional District primary, where Rep. Madison Cawthorn (R) lost re-nomination by fewer than 1,500 votes. AP wrote that of the 38,000 early and absentee votes in that primary, more than 14% (5,400) were from voters who had participated in the 2020 Democratic primary.

AP found that fewer 2020 Democratic voters participated in the GOP primary in Pennsylvania this year, attributing the gap to the competitive Democratic primary for U.S. Senate and to the state’s closed primary system.

Primary rules vary by state and, in some cases, by political party. Twenty-one states have open primaries. 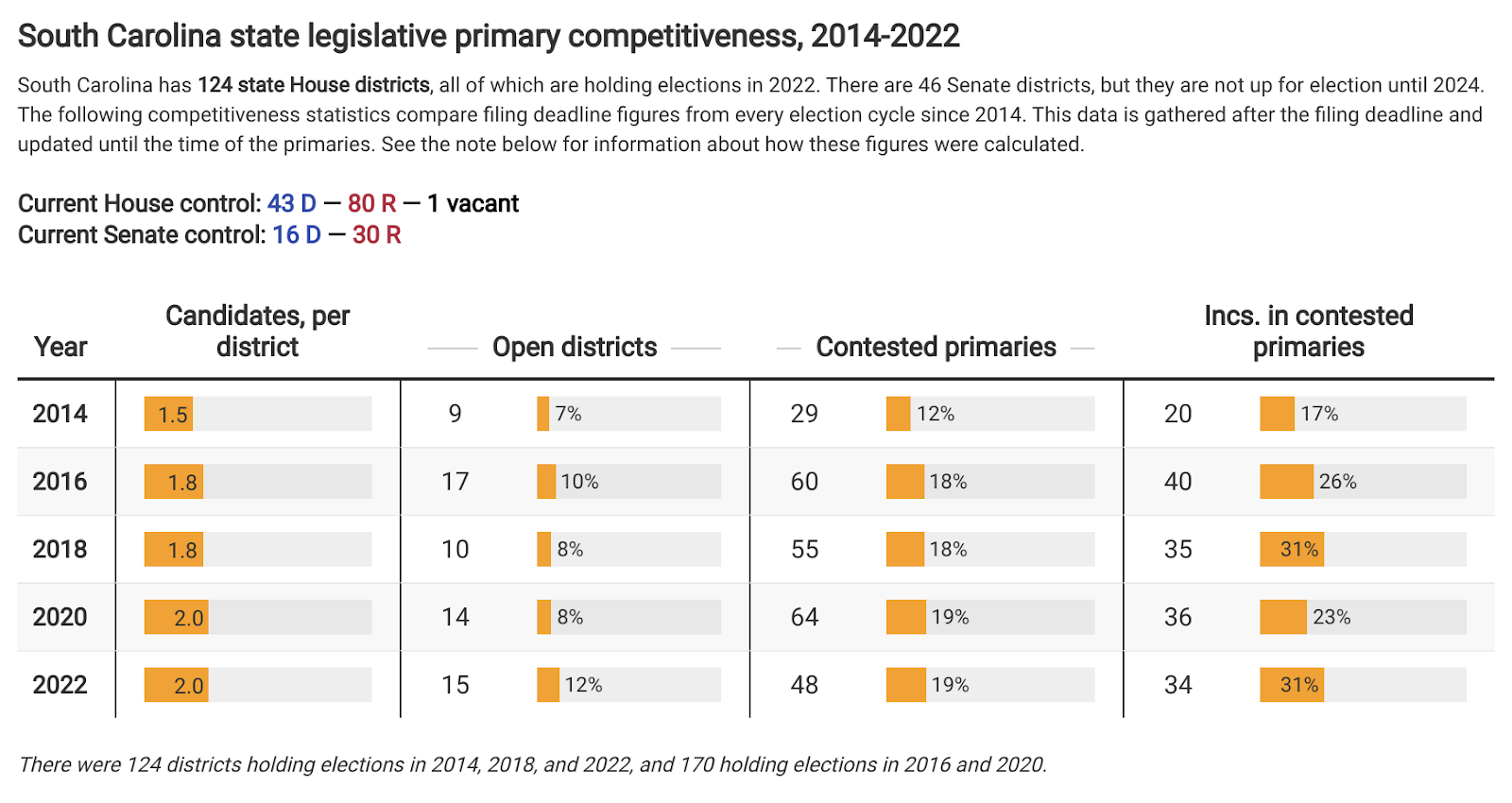